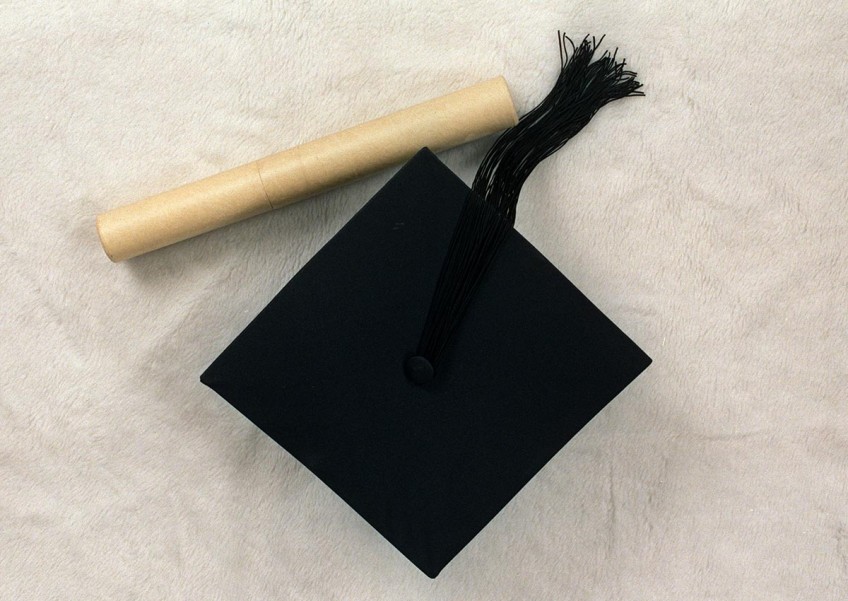 The career path of a young Singaporean graduate isn't quite as boring or as straightforward as before.

There are now many more university courses than before, and your life is not over if you fail to make it to medical school.

But the fact remains that, being a small country, certain educational options are simply not available here.

If you're an A level grad with good grades, you might still not be able to pursue certain degree courses locally simply because there are no options available in the country.

Here are four courses you'll have to go overseas to take at bachelor degree level.

The HDB has gotten a lot of flack for its animal-hating policies-from that infamous notice calling upon residents to get their noisy dogs debarked, to the rather irrational ban on cats in HDB flats, they've been giving pet owners a big headache.

Still, pet ownership is on the rise here. If we're to be honest, it's probably because more people are just secretly keeping prohibited pets in their flats.

As we can see from the dismal birth rate, it seems many people prefer cats and dogs since they don't have to be enrolled in tuition classes once they hit 5 years of age.

Animal lovers who want to become veterinarians and look after all these furries are, however, forced to go overseas for their degree studies.

While you can get a vet science diploma in poly, you will have to go abroad (most Singaporeans choose Australia) to become a full-fledged vet.

Singaporean parents are becoming much readier to send children with communication disorders for speech therapy these days.

The aging population will also send more patients the way of speech therapists, as strokes and other medical conditions make rehabilitation necessary.

Right now, the only option open to aspiring speech therapists who don't go overseas is to complete a bachelor degree and then enrol in a Masters of Science (Speech & Language Pathology) at NUS.

Those who wish to start their speech pathology studies at bachelor degree level need to abroad for their studies, with Australia being the most popular destination.

Given Singapore's growing healthcare needs, it's surprising more health science degrees aren't being offered. As the population ages, the need for audiology professionals will rise.

Actually, based on the standard of most KTV singers here, it seems like more people are in need of an audiologist than we might think.

Right now the only local option for aspiring audiologists is a Masters of Science in Audiology offered by NUS.

For instance, in Australia, an audiology course taken fresh out of JC or high school takes five years to complete. Those who want to start early will have to go abroad for their undergrad studies.

Singaporeans love to go on overseas holidays, and many take up third or even fourth language as adults (although to be fair for many the main motivation behind their language studies is to be able to understand Korean dramas).

As a small country, we're keenly aware of how global events affect us.

That's why international relations would probably be a popular degree course if it was offered as a major at bachelor degree level.

While SIM offers a Bachelor of Science in International Relations, the degree is awarded by the University of London.

Students who wish to study this discipline at a local public university need to wait till they're qualified enough for a masters degree such as the MA offered by NTU, or NUS's Master in International Affairs.

On the other hand, most major universities in the UK, US and Australia offer international relations as a Bachelor of Arts major. Let's hope NUS and NTU will follow suit someday.