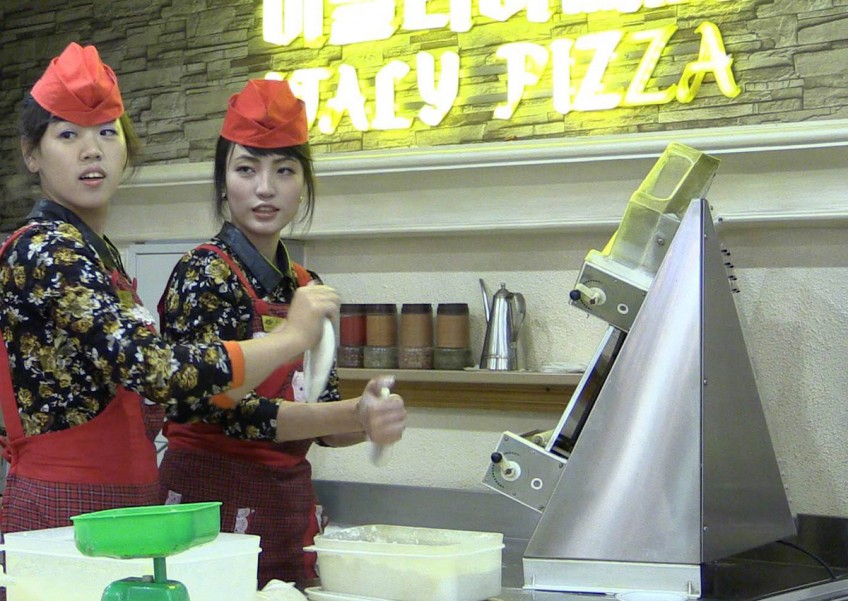 The Stomp contributor had filmed his intriguing encounter as part of his 'DPRK 360 project', which is an independent project that aims to showcase the many aspects North Korea through photography.

"Having already been to North Korea ten times, I was rather bored of eating at the same hot pot restaurant again.

"So, Charlotte from Young Pioneer Tours, two of our North Korean guides and I ditched the tour group to go for some pizza at the New Ryung Song Pizza Restaurant along the newly built Miare Scientist Street in Pyongyang."

In the video, the restaurant seemed different from most pizza places, with alluring decoration and lighting.

The workers also entertained the customers by singing and dancing.