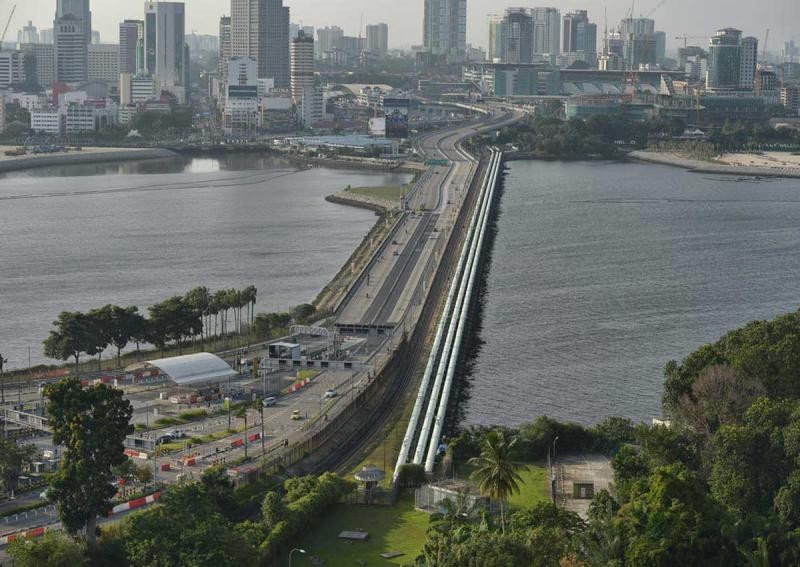 We all heard about Malaysians who commute to Singapore daily for work. They stay in Malaysia, usually Johor, and enjoy the lower cost of living and favourable exchange rate.

Some of us may even envy that. We look at our Singapore denominated salary and wonder to ourselves how much more our salary could stretch if only we could spend it in a cheaper country.

Technology and globalisation has made this possible, but only for some people

The thing about technology is that it has made the world smaller.

And we are no longer just referring to how we can travel from Singapore to the UK within 13 hours, but rather, how we can work jobs in Singapore wherever we are situated in the world.

Take for example: if you were a freelance writer or web developer, would you actually need to be coming in to the office on a daily basis? We know of Singaporean freelance writers and developers that are based outside of Singapore doing quality work for their clients. We have lost track of where some of them actually are now.

In the past, one could argue that it is necessary for some face-to-face time to discuss on project requirements. In today's context, that could be easily arranged through platforms such as WhatsApp, Facetime and Skype. As long as you have an internet connection, you can stay in touch with the rest of the world.

Staying in Johor but working online in Johor

We recently caught up with a good friend of ours to talk about this. Gabriel Tan, who was formerly a consultant in the investor relation space, decided to leave his job in 2014 to focus on a few businesses that he was running.

Gabriel is a partner in Max Polish, one of Singapore's leading car grooming companies. The most unique thing about Max Polish is that they actually go to your house to groom your car for you. And they are very active online, particularly in social media. Gabriel's main role in the business is to support the company in its digital marketing plans.

Aside from running Max Polish, Gabriel also runs a company called M.A.P. Marketing, a business that specialises in helping SMEs with their digital and social media marketing. Gabriel is also an investor in a coffee shop in Singapore.

Gabriel, who is currently in his mid 30s, decided to give living in Malaysia a try to see if he could lower his personal expenses significantly while still running his Singapore businesses from abroad. To ensure that he could still physically be around to take care of his businesses when the need arises, he decided to base himself in nearby Johor Bahru. He has been living there since December 2014.

Read also: About 5,000 Singaporean families have set up home in Johor

Cost of living is about 40 per cent cheaper in Johor, Malaysia

Based on Gabriel's own personal estimate, he spends about 40 per cent less each month now that he is based in Malaysia.

When you think about it, this really makes a lot of sense. Being an entrepreneur who does most of his work online, it does not matter if a person is working from a swanky CBD office in Singapore, or his own home office at Johor. The work can be done equally fast and well, as long as you have access to good Wi-Fi.

It goes without saying that saving money on office rent while working from home makes perfect financial sense for many entrepreneurs who runs their business online. For Gabriel, rent saving comes in two different forms.

Firstly, he saves money by not needing an office in Singapore since he works from home. Secondly, he is also saving money on rent by staying in Malaysia.

He co-shares the apartment with one other friend. In other words, Gabriel pays about S$550 a month for rent each month.

Aside from rental, Gabriel shared with us that he spends less than RM5,000 (S$1,667) a month. And that's with a very comfortable style of living. He has restaurant meals and spends when he needs to. In total, we estimate that Gabriel spend less than S$2,200 each month living in Malaysia. He used to spend about S$4,000 in Singapore.

Commuting from Johor to Singapore

Unlike many Malaysians who work regular hours job in Singapore, and are forced to cope with the jam during peak hours at the Causeway, Gabriel has much more flexibility with his own schedule.

On average, Gabriel comes into Singapore about 1-2 times a week to meet up with his clients, business partners and family members.

Aside from that, any other discussion can be taken over the phone, via email or through text messages. When you think about it, that's how many of us communicate with our colleagues and clients anyway.

It is interesting to note that because he has control of his schedule as an entrepreneur, Gabriel is able to deliberately plan his meetings such that he does not need to come through the Causeway during peak period. On average, he takes about 1 hour 15 minutes to get from his home in to his meeting destinations in Singapore. In fact, he can even reach his parents' place at Serangoon in less than 40 minutes if he decides to visit them at night.

Read also: Is it wise for Singaporeans to buy Malaysian property now?

It is a lifestyle choice not meant for everyone

The thing about staying abroad while working a job based in Singapore is that not everyone can do it.

It works for people like Gabriel and other entrepreneurs and freelancers who run their businesses online because they are holding jobs that do not physically require them to be at their place of work. They can be based in Malaysia, Thailand, Australia, Bali or anywhere else in the world and still be fulfilling their day-to-day job responsibilities.

Also, such freedom to be based anywhere you want also depends on the stage of life you are at. If you are single, or married, but without any children yet, this would be easier to adopt. Having kids would make it a lot more challenging.

They are other things that we have to compromise on. Gabriel was upfront with us about it. For example, safety is one key area. The fact of the matter is that almost any other places in the world would not be as safe compared to Singapore.

Last but not least, family is one important factor that weighs in on the decision to relocate. For Gabriel, one big reason for choosing to be based in Johor was so that he could be closer to his family. His family frequently visits him once every two weeks for staycation. When he is back in Singapore, he meets up with them as well. On average, he sees them about 1 to 2 times a week, which is similar to what most of us see our parents.

Such lifestyle options where you work jobs in countries that you are not based in are getting common across the world. We believe this is something that more Singaporeans, particularly the millennial, will be adopting.