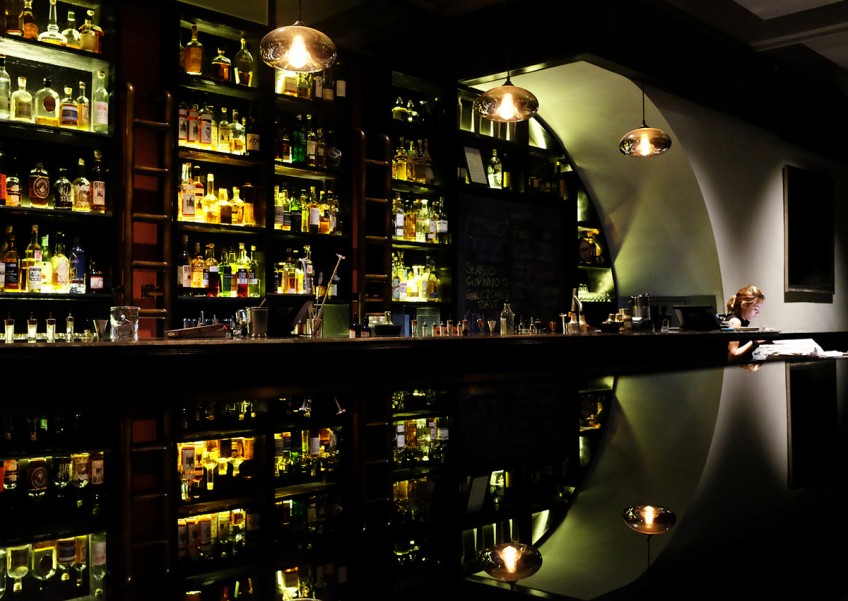 SINGAPORE - Asia's best bar is in Singapore, according to the inaugural Asia's 50 Best Bars Awards.

Eight other bars in Singapore also made it to the list. Along with Hong Kong, Singapore has the most number of bars on the list.

The list is published by London-based Drinks International magazine, which is behind the esteemed World's 50 Best Bars Awards that takes place annually in October.

Three other bars in Singapore made it to the top 10 - Regent Singapore hotel's Manhattan Bar (No. 5); Operation Dagger at Ann Siang Hill (No. 7); and Jigger & Pony at Amoy Street (No. 8).

The bars on the list come from 12 cities in 10 countries and include restaurant bars, speakeasies, hotel bars and tiki-themed venues. More than 150 industry experts from Asia cast their votes.

On 28 HongKong Street's win, Mr Hamish Smith, editor of Drinks International, said that drinks there are "renowned for their clean, fresh, flavour-focused approach".

The bar, which opened in 2011, is helmed by head bartender Logan Demmy, an American.

Since 2012, it has consistently been on the World's 50 Best Bars list, and was named Best International Cocktail Bar at the New Orleans-based Tales of the Cocktail Spirited Awards in 2014, considered the Oscars of the global cocktail scene .

The bar's creative director Joe Alessandroni, 36, tells The Straits Times it was surprised by the No. 1 spot but honoured to receive it.

"Many of the original crew have moved on to other positions within the organisation and it is really great that the new generation has a chance to shine," he says.

"As thankful as we are for awards such as this, we feel a great responsibility to live up to the reputation of being named best bar in Asia.

"We believe in constant improvement and will continue to invest heavily in staff development, refining our food and drink offerings and looking for opportunities to collaborate with other friends in the industry."

Eight bars from Japan also made the list, which aims to be the definitive list of the region's leading bars.

Here are the bars which made the Asia's 50 Best Bars list:

This article was first published on April 1, 2016.
Get a copy of The Straits Times or go to straitstimes.com for more stories.