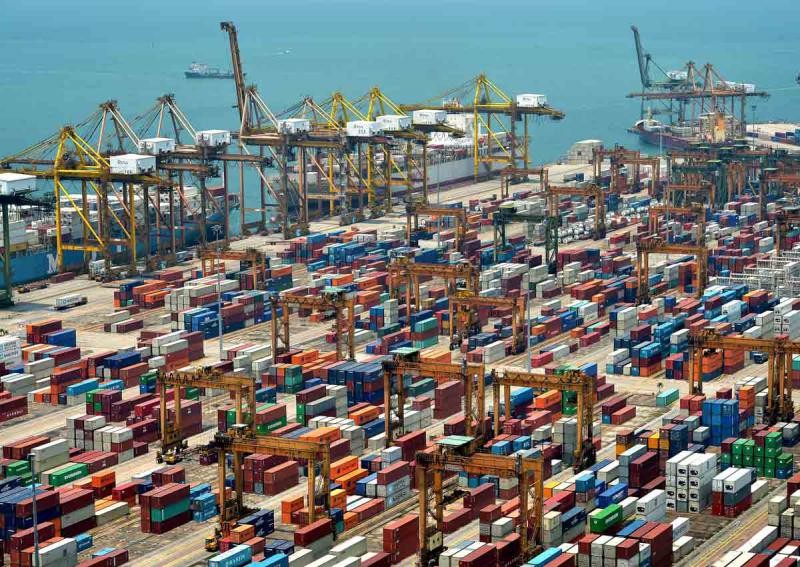 SINGAPORE - Singapore's exports tumbled in March as sales to China, the United States and Europe contracted in a sign the trade-dependant economy remains vulnerable as weak global demand puts its manufacturing sector to the sword.

That missed the median forecast of a 13.2 per cent contraction in a Reuters poll. In February, exports unexpectedly rose thanks to a surge in shipments from the statistically volatile pharmaceuticals sector. "If there's no dramatic pick-up, I think NODX would almost certainly be negative for the year," said Vishnu Varathan, senior economist for Mizuho Bank in Singapore.

"Maybe from second half of the year, we could see very marginal growth, but taking into consideration that the first half may be weaker than anticipated, NODX could contract for another year, although one would like to think that with China stabilizing this contraction turns out to be something shallow."

Last week, Singapore's central bank unexpectedly eased its exchange-rate based monetary policy as growth stalled in the first quarter, darkening the outlook for the city-state economy.

The latest data point to a rocky ride for the trade-dependent economy, and underscores why the central bank had to act.

Exports to China, Singapore's top overseas market, fell 14.0 per cent in March from a year earlier, compared with a 1.2 per cent slide in February.

The world's second-largest economy grew at its slowest pace in seven years in the first quarter, but Chinese consumer, investment and factory sectors showed nascent signs that its economic slowdown may be bottoming out.

Shipments to the United States declined 6.2 per cent last month, compared with February's 4.2 per cent expansion.

That came as exports of pharmaceuticals to the continent slid 59.4 per cent and personal computers' shipments also fell some 41.5 per cent.

On the whole, exports of pharmaceuticals tumbled 30.9 per cent from a year earlier, while annual domestic exports of electronics slipped 9.1 per cent in March.

Singapore's electronics sector has been underperforming neighbours such as South Korea and Taiwan due to cut-throat competition, as well as the city-state's lack of popular high-tech products such as smartphones.

Activity in local factories in March shrank for a ninth straight month in March, although the contraction was less than in February as new orders improved, a survey showed.