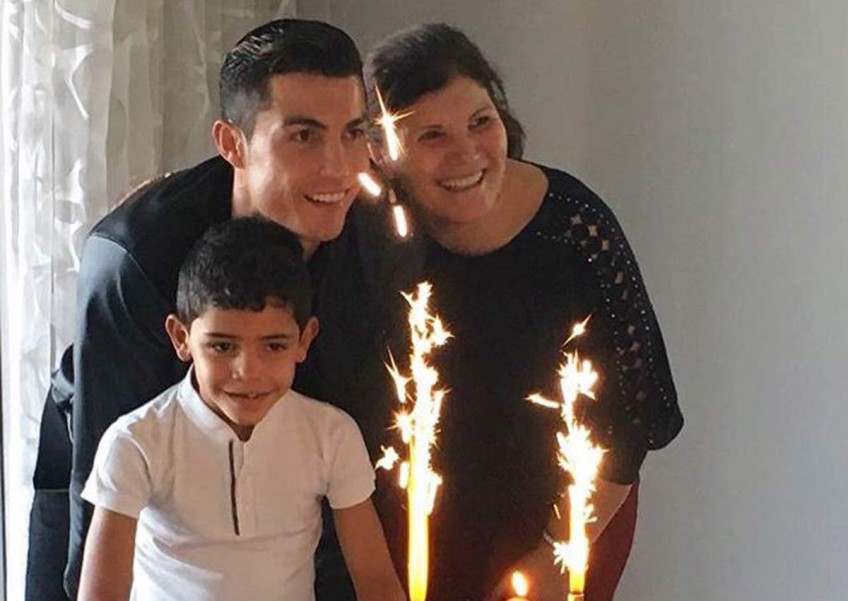 A family photo showing Ronaldo with his mother and son.
Cristiano Ronaldo

A source told The Sun the heavily pregnant surrogate mother is preparing to give birth "very soon".

The 32-year-old Real Madrid forward and his family "can't wait to meet the new members of their clan", said the source.

"He likes to keep a tight lid on his private life but has told loved ones and close friends the baby boys are due to arrive very soon," said the source.

Word has it that the football legend had his first child, Cristiano Jr, via surrogacy too, back in 2010.

The source added: "He feels the time is right for his boy to have brothers to grow up with. His mum Dolores will be there to lend a helping hand like she has been with little Cristiano."

The single father, who is widely regarded as a symbol of the 21st-century male hero, is currently dating ravishing model Georgina Rodriquez, 23.

The football legend had revealed in documentary how his son doesn't need a mother. Obviously proud of how much the young boy looks like him, he often shares photos of him to millions of fans on social media.

When speaking about the circumstances surrounding his son's birth, Ronaldo had said: "People speculate I was with this girl or another, or there was a surrogate mother. I have never told anyone and never will."