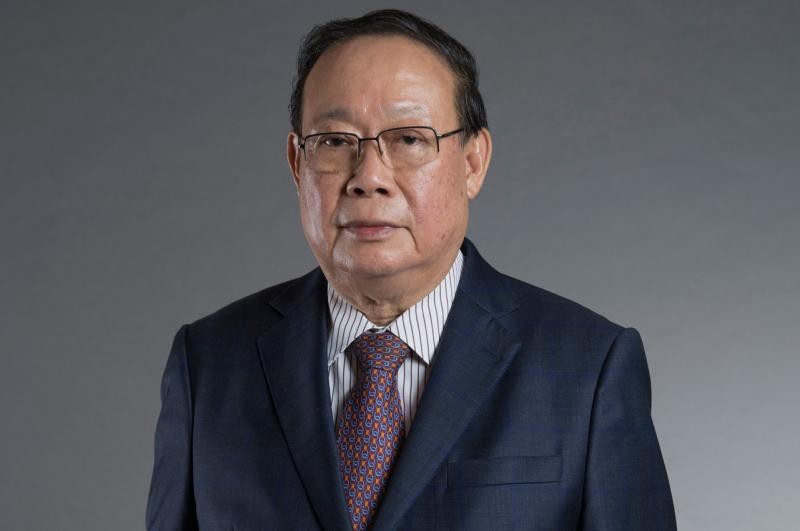 Singapore Post (SingPost) director Keith Tay has resigned as lead independent director and will leave the board earlier than previously announced - after a corporate governance special audit report out on Tuesday pointed the finger at him for disclosure lapses, but found his failures were not deliberate.

At the same time, sources have told The Business Times that Singtel chairman Simon Israel's name has come up as a potential candidate for the SingPost chairmanship. The position has yet to be filled ever since outgoing chairman Lim Ho Kee said last month he would step down on May 10.

The impending board upheaval at the postal and e-commerce group comes after its release on Tuesday night of the long-awaited findings from a joint investigation by PricewaterhouseCoopers (PwC) and Drew & Napier, whose report painted a picture of a board with weak controls, no standard processes for evaluating acquisitions and potential inaccuracies in its records.

The breadth of issues revealed by the special audit surprised observers, who said the report still raises questions of whether SingPost overpaid for its acquisitions and that the board has many things to correct.

SingPost commissioned the probe last December after the group admitted it had made an "oversight" in a July 2014 deal disclosure. It had wrongly said that no directors had an interest in its acquisition of freight forwarder FS Mackenzie - when Mr Tay in fact held 34.5 per cent of Stirling Coleman, which had advised FS Mackenzie's seller.

In a 52-page summary, the special auditors said SingPost's erroneous disclosure "appears to have been a result of carelessness in its preparation by certain SingPost staff" and "there was no deliberate intention to conceal Mr Tay's interest" in the FS Mackenzie acquisition.

"Indeed, it was Mr Tay himself who drew SingPost's attention to the error after the July 2014 SGX announcement was released," the special auditors said, noting that SingPost had sought external legal advice on the incorrect announcement once the error was discovered and decided not to issue any correction based on that advice.

Specifically, company secretary Winston Wong had asked a Rodyk & Davidson lawyer, Ng Eng Leng, whether it was "defensible not to disclose" Mr Tay's interest in the FS Mackenzie deal and had attached the Singapore Exchange (SGX) filing in his email. Mr Ng had replied it was defensible and that it was not necessary to release another announcement, which another company secretary, Genevieve Tan McCully, told Mr Tay she agreed with.

Mr Ng later said he had not read the attached filing before giving his advice and thus had not known that it was inaccurate, the auditors said, adding: "The matter was not brought to the attention of the SingPost Board as Ms Tan and Mr Winston Wong were, in light of Rodyk's advice, of the view that no further action was required."

Mr Tay said in a press release on Tuesday after the special audit summary was released that he intends to relinquish his role as SingPost's lead independent director "with immediate effect" and hopes to step down from the audit committee, nominations committee and executive committee by May 9.

He added that he has asked the board to let him step down as a director before the end of May, saying: "Now that the report has substantially cleared my name in relation to the Famous acquisitions, I only intend to remain on the SingPost board for the very short term, as a matter of accountability, to address any residual concerns or clarifications arising from the report."

The auditors did find that Mr Tay had breached some fiduciary duties relating to two other acquisitions: that of Famous Pacific Shipping (NZ), or FPSNZ, in 2015; and of Famous Holdings in 2013.

For the 2015 FPSNZ acquisition, Mr Tay had not disclosed his interest in the deal to the SingPost exco and thus breached his fiduciary duty to the exco, the auditors said.

They pointed out that some exco members - namely then-chairman Mr Lim and director Tan Yam Pin - "informed us that they were not aware" that the sellers of FPSNZ had appointed Stirling Coleman "and therefore did not know of Mr Tay's interest".

For the Famous Holdings deal in 2013, Mr Tay should have abstained - but did not - from voting in favour of a resolution to grant in-principle approval for due diligence, they said - adding it was "in breach of his fiduciary duty to SingPost not to engage in any decision given his potential conflict".

They also said he had not declared his interest in the Famous Holdings acquisition "as soon as practicable, and was arguably in breach of Section 156(1) of the Companies Act".

The auditors conceded that Mr Tay's 2015 omission appeared to not have been deliberate, and that although some of Mr Tay's disclosures "may not have been made as soon as practicable, our interviews suggest that the lack of timeliness in the disclosures would have made no difference to the decisions to enter into the Famous acquisitions".

Still, they rebutted some points Mr Tay had made in his own defence.

They said Mr Tay had argued that: (1) his conflict of interest between SingPost and Stirling was "completely theoretical" because he was not involved in the Famous deals on behalf of Stirling or SingPost; (2) all the SingPost directors knew about his interest in Stirling; (3) it was "not unreasonable" to expect and rely on SingPost senior management to tell the rest of the board that Stirling was involved in the three deals.

"A director's obligation to disclose his interest is his own, and he cannot and should not expect senior management to discharge that obligation," they added. "Mr Tay ought to have refrained from any participation in the discussions on the Famous acquisitions to avoid the actual or perceived risk of influencing the decision."

Apart from disclosure failures by Mr Tay, the special auditors found that SingPost lacked a "prescribed" procedure for evaluating acquisitions and for directors to disclose conflicts of interest, and recommended that the board come up with clearly defined ones.

They also noted that SingPost told them on April 29 that an exco record dated Jan 7, 2015 "may not be accurate" and "at the time of this report, SingPost had not taken a definitive position".

Prof Mak noted that even if the people interviewed by the special auditors had said Mr Tay's timely disclosure of his interest would not have made a difference in their decision, "there is still the question of the price paid for the acquisitions".

"Part of the M&A process used by SingPost in practice as described in the special audit report includes valuation reports. It would be interesting to compare those valuation reports prepared for SingPost (as the special audit said that they were followed for the three acquisitions) with the final price paid for the acquisitions, given that Stirling Coleman would be acting on the other side trying to maximise the price for the sellers. Then we may have a clearer picture of whether SingPost might have overpaid."

Prof Mak added: "It would be interesting to see if there is further investigation by CAD (Commercial Affairs Department) or SGX and sanctions. After all, the special auditors are of the view that Keith Tay has arguably breached his duties under the Companies Act."

BT understands that Mr Israel, who joined Singtel's board in 2003 and became its chairman in 2011, is a frontrunner to be SingPost's next chairman succeeding Mr Lim, who will step down after having been chairman since 2003. Mr Israel could not be reached for comment.

This article was first published on May 4, 2016.
Get The Business Times for more stories.