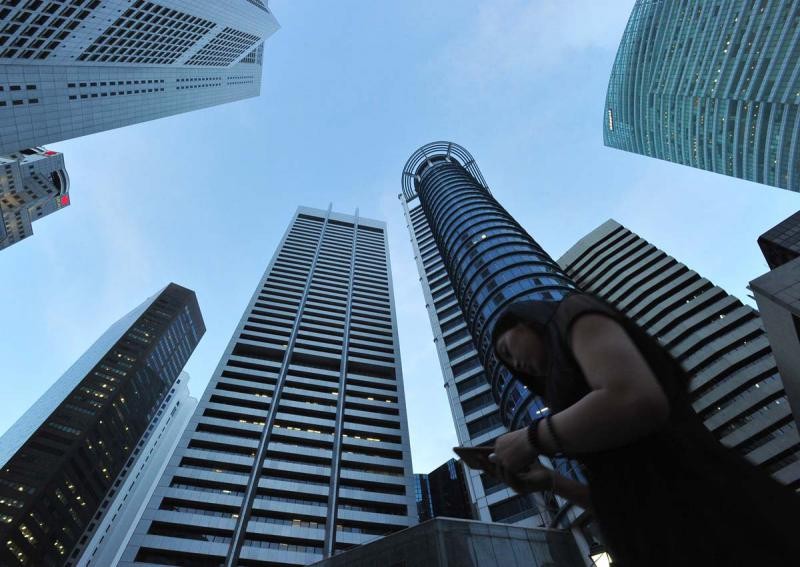 SINGAPORE - Singapore's economic growth remains sluggish following the Brexit vote and persistent weak US investments, and the gains from financial and other modern services - in recent years, a driver of the economy - are expected to ease this year, said the central bank on Monday.

Monetary Authority of Singapore (MAS) managing director Ravi Menon said at a briefing that relief could come in part from the trade-related cluster, which is showing "tentative signs of stabilisation", as he noted the sequential growth in April and May from the electronics industry.

He cited healthcare, education and public infrastructure construction as also being among the better-performing segments.

"Singapore's economic growth remains sluggish. The economy's performance in the second half of 2016 will not be too different from the first, but there will be some month-to-month volatility in economic activity and the composition of growth will shift somewhat."

"The modern-services cluster, which has been a key pillar of growth in the last few years, will see its contribution fall significantly in 2016," said Mr Menon.

The financial sector has been the star performer: in the post-crisis period, it has consistently outpaced the overall economy.

It grew by 5.3 per cent last year, when the overall GDP growth was 2 per cent.

However, the gains from this segment will more closely reflect overall economic growth this year.

For one thing, trade loans are waning, the banks themselves have noted.

The arbitrage trade linked to China, which benefited from the cheaper borrowing rates for offshore yuan, has run off; China's rebalancing of demand away from investment and towards consumption has also weighed on the region's exports of commodities and capital goods, MAS noted.

The latest Bank of America Merrill Lynch's monthly fund manager survey showed cash allocations among fund managers are now at their highest since 2001.

The financial-services sector created a net total of 4,500 jobs last year - a figure expected to fall this year.

While there is demand for staff in wealth management and insurance, corporate banking and in compliance- and technology-related roles, "consolidation" is happening among back-office jobs, Mr Menon said.

He noted that Brexit's impact has been most keenly felt so far in the financial markets, as markets search for "a new equilibrium" to reflect the reality of UK standing outside the European Union (EU).

The Brexit uncertainty and its poser to UK's future access to EU markets, will weigh on business confidence and investment spending.

EU growth will in turn be weighed down by Brexit, on account of its significant trade and financial linkages with the UK, said Mr Menon.

"The political and social implications of Brexit could have more significant economic consequences over the medium to long term.

"There are several key elections taking place in Europe next year. They will determine the ability of governments to maintain support for structural reforms as well as for the European project. Destabilisation of politics in Europe could impact global markets and global growth."

He noted that while the US economy is expanding, growth is not generating as much trade as before.

This will affect export growth in Asia and in Singapore.

"Over time, there are opportunities for countries which re-orientate the structure of their exports to tap China's burgeoning demand for consumer goods and services."

MAS separately reported a S$5.2 billion investment gain in the official foreign reserves (OFR) in FY2015/16 - lower than prior years due to higher valuation provisions on certain equity investments.

In the previous fiscal year, MAS recorded an investment gain of S$10.4 billion.