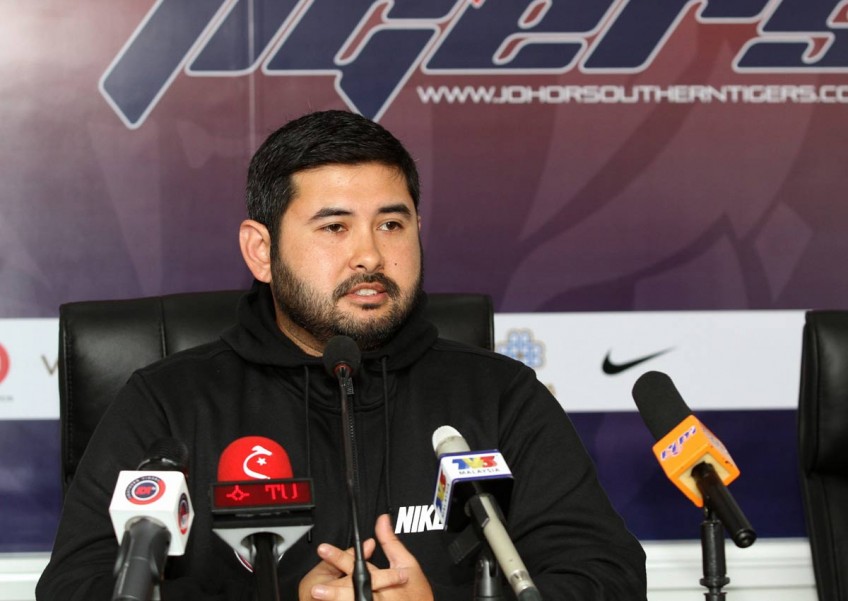 SINGAPORE - The president of the Malaysian football champions has called on FIFA to investigate the local football association (FAM), saying they had failed to tackle corruption and were hoarding broadcast revenues from the clubs.

Tunku Ismail ibni Sultan Ibrahim, whose Johor Darul Ta'zim FC have won back-back Super League titles and are through to the final of the regional AFC Cup, said the FAM were culpable for the country's slide to a worst-ever FIFA ranking of 171st after a record 10-0 defeat to United Arab Emirates last month.

"Maybe FIFA should question them or something like that as it is not healthy," the 31-year-old Crown Prince of Johor told Reuters.

"Nobody is interested in moving forward or bringing football to another level but everything is interested in their own sake and position. Most of the clubs are handled by politicians and they all want to play safe.

"You can see FIFA is a mess now and that is what has happened in other associations as well."

The Crown Prince, who studied in Australia and served in the Indian army, failed in his bid to become FAM president last year, losing out to Tengku Abdullah Ibni Sultan Ahmad Shah, who went on to take a seat on the FIFA Executive Committee.

Tunku Ismail, who said he would not stand again, was invited to be an advisor to Tengku Abdullah but that arrangement only lasted two months after becoming frustrated at the slow system.

One of the changes he wanted was for the referees to have a separate body, independent of the FAM to avoid conflicts of interest.

Another was to employ SportsRadar to monitor betting patterns on matches for possible match-fixing. Neither received a reply, even when he offered to foot the SportsRadar bill himself after the FAM balked at the cost.

Spokespeople for the FAM did not answer calls for comment from Reuters.

The question of FAM finances is a particularly sore point for the outspoken Prince, who has overhauled the club with a transparent 'fan first' approach since taking on the role in 2012 with the idea of uniting Johorian ethnic groups.

In January, the FAM agreed a 15-year deal with MP & Silva, with the media rights company committed to pumping at least 1.2 billion ringgit (US$287 million) into the association. The deal will also see the league privatised next season.

Tunku Ismail said talks were continuing between clubs, MP & Silva and the FAM on how the money would be distributed but was not pleased with what had been proposed.

"By right, in every league in the world every club participating should have 90-95 per cent of the broadcasting rights that would help them to have their own youth development project, improve infrastructure and have a quality team," he said.

"But the problem is FAM only give 22 per cent to the teams, so each team will only get 1 million ringgit, while FAM enjoy the chunk of 47 million.

"By right, it should be given to the club. What FAM are doing is basically stealing the money from the club and the world have to know that. It is wrong."

Tunku Ismail said his protests at the FAM, routinely shared on social media, had received little support from his fellow club presidents, blaming a generation gap and their keenness to maintain the status quo.

He called on fans to boycott matches around the country if they wanted to impact on the authority.

"Ignorance is the key to chaos. If you ignore something and have no interest to fix it then we will forever be where we are today," he said.

"If the president of FAM and all the ExCo (executive committee) members really have an interest and good intention to improve Malaysia football then they should do something about it. If not, I think they shouldn't be there because you are giving Malaysia a bad name."