Society should gang-up on school bullies 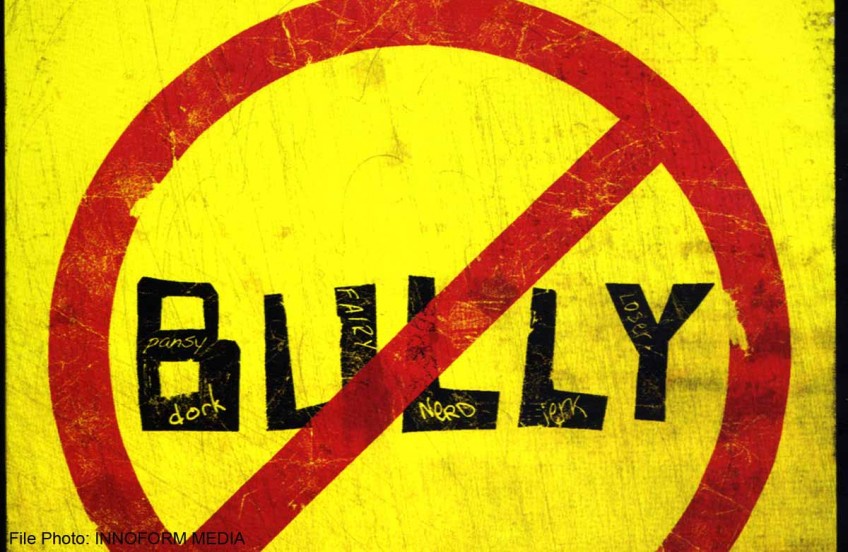 VIETNAM - The heart-breaking images of a seventh grader being beaten by a group of her classmates in the southern Tra Vinh Province months ago continues to stir parents, teachers and educators. They are still talking about who should be blamed for school bullying, which appears to be on the increase.

On March 9, a 90-second video clip showed the schoolgirl driven into a class corner and punched, smacked by three girls who also tore her hair. The image came to an end with a boy shouting "How dare you do something against us!" and throwing a pile of plastic stools at the victim's head.

Informed of the incident, the management board at Ly Tu Trong Junior Secondary School board eventually discovered that the incident occurred during a break on January 13 after the student reportedly failed to listen to the head of the class.

It seems that relevant authorities and the public rarely hear of school bullying unless it is unofficially reported, such as on the internet.

I'm sure most students are against bullying, but often don't know how to stop it. This is where schools and parents can play a crucial role teaching students what to do when bullying occurs.

"As far as I know, all students who witness bullying practice three 'no's': No knowing, no hearing, no seeing, no matter how moral they are," said Pham Thi Minh Hau, a head teacher in HCM City.

"Students even tell me that bullies will not forgive them if they are reported. Students fear that if they tell teachers about the bullying, they were also likely to become victims themselves, out of or in school," Hau told Tuoi Tre (Youth) newspaper following the case in Tra Vinh.

Le Minh Tien from the HCM City's Open University said that first and foremost, schools must enable bullied students to speak up without fear. He also said school staff needed to increase communications with students to understand the underlying causes of any conflicts.

There is another truth: teachers and parents are not adequately equipped with the knowledge and skills to understand and deal with bullying.

Tien said several signs indicated a child was being bullied. These included a feeling of anxiety or reluctance to go to school and to communicate with others, sleeplessness and change of daily habits.

"Many of the signs were vividly seen in the case of the Tra Vinh school bullying, but parents and teachers were not well aware of them and did not intervene," she said.

"Also, it is essential that school staff and parents be equipped with strategies to address the problem," Tien said.

A previous survey conducted among 3,000 students in 30 secondary schools in Ha Noi last November indicated that about 80 per cent of participants said they had experienced school bullying, including sexual abuse.

The survey result was made public at a workshop on Safe, Friendly and Equal School Environment - Reality and Solutions co-organised by the Institute of Social and Medical Studies and Plan Viet Nam.

"It is time we should rethink moral education, not only at school but also in society. It is necessary that students are provided with the useful knowledge and know-how rather than being ranked good or bad in terms of their behaviour," said the director of the Ninh Thuan Province's Department of Education and Training, Pham Huu Khuong.

"Families must join hands with the schools. They can't just simply pay tuition fees," he said.

Nguyen Minh from HCM City Education Department said a Ministry of Education and Training circular (No. 08) issued in 1988 was out-of-date and that the disciplinary measures were no longer a deterrant.

"It is important that schools have counsellors to help balance students," Minh added.

According to an education ministry survey among students in Ha Noi and Hai Duong universities and schools, up to 93.57 per cent said they faced psychological challenges both in study and life.

About 82 per cent wished to have access to counselling services, pointing out that most schools did not have a psychology-counselling section.

Head of the Ha Noi-based Nguyen Thi Minh Khai senior secondary school, Nguyen Phuong Anh, said counselling was necessary, however, it remained a spontaneous practice as the Ministry of Education and Training had no mechanisms for introducing it.

The deputy head of the Ha Noi's Department of Education and Training, Nguyen Hiep Thong said the department was pushing for counselling services to be introduced.

"No matter what form bullying takes, preventing it in schools requires the joint efforts of schools, parents, students and competent authorities," said Thong.