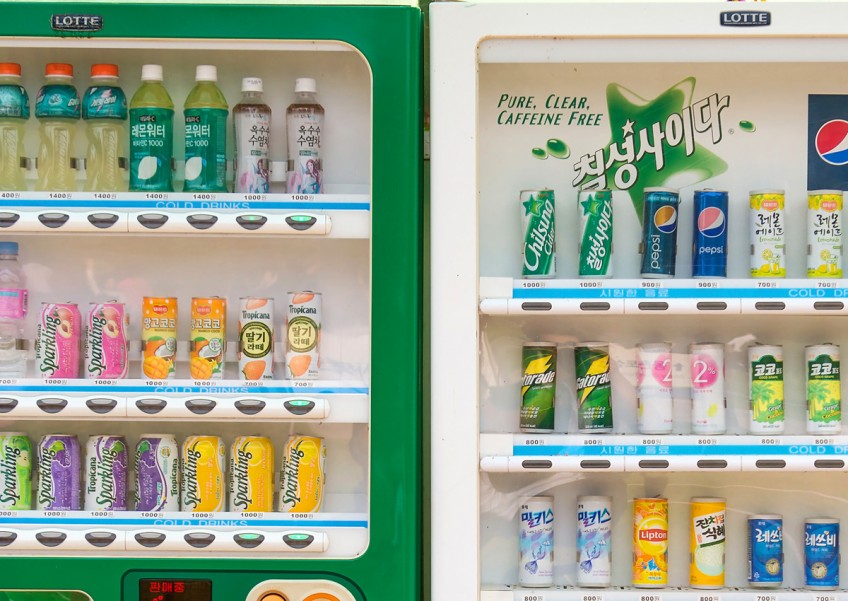 Carbonated drinks took up about 44.2 per cent of Koreans' average non-water beverage consumption, surpassing fruit and vegetable drinks (15.2 per cent) and processed coffee and coffee-flavored drinks (9.6 per cent). Soy milk and yogurt drinks took up 8.4 per cent and 3.0 per cent, respectively.

According to the data, Koreans drank an average of 183.1 milliliters of beverages a day in 2014, not including water and milk. Soda took up 81 milliliters of the total intake.

Soda's share of total beverage consumption, however, has steadily decreased over years, the data showed. In 2012, the annual sales volume of soda stood at 38.7 per cent of all beverage sales here. This figure fell to 36.2 per cent in 2014.

According to the ministry's consumer survey of 500 people, about 57.2 per cent of the respondents picked soda's high sugar content as their main reason for shunning soda.