Some condos being run as serviced apartments 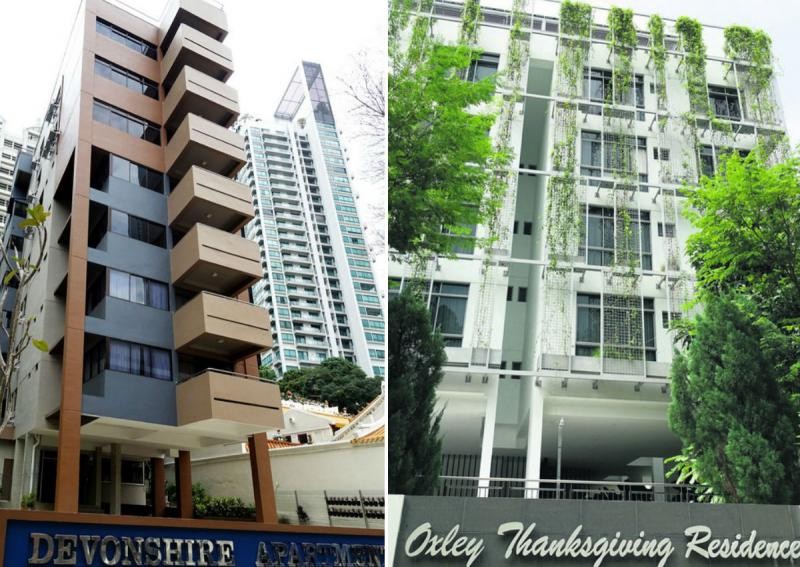 AT least two projects nestled in a mature residential precinct in District 9 near Somerset are being run as serviced apartments - despite not having the regulatory approval to do so - and a third one is opening.

The Business Times' visit to these projects confirmed that they are being run as serviced apartments.

A third property, Devonshire Apartments at 17 Devonshire Road, has just undergone a major renovation, and the units there are understood to be starting a new chapter as serviced apartments this month.

BT's query to the Urban Redevelopment Authority (URA) confirmed that these three properties are currently approved for residential use, but "do not have planning permission to be run as serviced apartments".

The late Mr Ng, dubbed the "King of Cloves" for his import-export business under Bian Bee Company, started Ng Bok Eng Holdings in 1969 to specialise in property and securities.

Oxley Thanksgiving Residence, a single-strata development, is master-leased to The Pent Pte Ltd. The latter in turn sublets the units to tenants through Atas Residence. The Pent's major shareholder is Hoy San Holdings, the main business of which is in stevedoring, terminal operations, transportation and warehousing.

Chinese temple Poh Ern Shih is said to have obtained the land in 1953 as a donation from temple founder Lee Choon Seng, who was acting chairman of OCBC during the Japanese occupation and later chairman during the 1960s.

Some market watchers said the running of an entire residential development as serviced apartments was a grey area, in view of URA's guideline on minimum six-month stay in private residential properties to safeguard the living environment, safety and privacy of residents in the development.

A development which is run like a hotel or serviced residence has no Management Corporation Strata Title (MCST) by-law, as the owner or the master lessee is the defacto managing body, and there are no long-term "residents" to take into consideration, said Century 21 Singapore chief executive Ku Swee Yong.

He expressed sympathy for the home-owners in other residential developments in the vicinity, who, aside from concerns over safety and security, may have to deal with deteriorating property values from being near a development with transient tenants.

He said: "During weak markets, when vacancies are high - especially coupled with low seasons for tourist arrivals - rental values will fall significantly. This will attract a different class of short-term tenants to the condominium.

"Investors who are in the market for short-term gains are also less likely to uphold high standards in the maintenance of the units. These factors are likely to depress property values within and around the condominium block in question."

Toh Kok Seng, senior partner at law firm Lee & Lee, said developments that do not have approval from URA to be run as serviced apartments are breaching The Planning Act if they do so.

Currently, the Building Maintenance and Strata Management Act, the legislation governing strata title properties in Singapore, does not have specific by-laws against short-term leases. The MCSTs of some condominiums, however, have passed specific by-laws to prohibit short-term stays.

Even in the case when a master tenancy is issued, property owners are still liable for breaches of law in the sub-tenancies if they are aware of the breach, but turn a blind eye to it, Mr Toh said.

Short-term rental: It's in the phrasing of contracts

Some accommodation providers have been using units in private condominiums to offer short-term stays here, and though this is prohibited under current rules for residential properties, they appear to have worked their way around this by clever wording of the tenancy agreements.

Standard contracts typically state a minimum lease of six months for documentation purposes, but add a "diplomatic clause" that provides for early termination of the lease without penalty. This way, these providers of accommodation may offer short-term stays of a matter of weeks - without technically flouting the law.

Such tenancy agreements seen by The Business Times included those issued by Uncharted Homes on behalf of BS Shenton Pte Ltd, and LMB Housing Services.

Two condominium projects developed by companies he owns - Lumiere and Avant - are available for tenancy under Uncharted Homes.

In a tenancy agreement issued recently by Uncharted Homes on behalf of BS Shenton, the rental period was six months, but there was an "early termination date" seven days from the arrival date. "Reservation may be terminated without penalty beyond this date," the agreement read.

LMB Housing Services offers a minimum lease of six months in the contract without indicating the last date of stay. In such open-ended contracts, the last date of stay is based on the tenant's notice of termination of the lease, handed in 30 days before the departure date. Since the tenant can choose to submit a termination letter to LMB without penalty, the minimum stay in apartments managed by LMB can, in effect, be just a month.

Though these tenancy agreements seem to be keeping with the letter of the law prima facie, the Urban Redevelopment Authority (URA) clarified with The Business Times that there is a breach as long as residential units are rented out for under six months.

A URA spokeswoman told BT: "The URA does not regulate specific tenancy agreements with regard to private residential properties. We also do not simply rely on the tenancy duration stated on such agreements in determining whether the minimum-stay requirement of six months has been breached."

Enforcement though, is another matter.

Similar to the HDB rules on subletting, the URA's guideline says that renting out a private residential unit or individual rooms is allowed only for long-term stays of six months or more. The rationale for this - to safeguard the living environment of residents, and ensure safety and privacy for neighbours. A review of this restriction is underway, but the existing guideline remains applicable for the time being.

Even before local listings of residential units for short-term stay became rampant on Airbnb and HomeAway, some accommodation-service providers had long been in business in Singapore, their property listings spanning the island, including suburban areas.

BS Shenton was registered in 2005 and LMB in 2006; International Service Apartments (ISA) has been around since 1992, says its website. An ISA invoice seen by BT for a stay in a residential property for less than six months was issued under Fontainbleau (ISA) Pte Ltd, a non-GST registered firm incorporated in 2008.

Uncharted Homes' website does not explicitly mention property names, but for two of the apartments it manages, artists' impressions of the Lakeville in Jurong and The Palette in Pasir Ris are used.

However, Lakeville is due to receive its temporary occupation permit only in 2018; The Palette has been fully sold and is now being handed over to buyers.

Private home offenders can be fined up to S$200,000 and jailed for up to a year.

The URA spokeswoman said: "Investigation to ascertain the actual usage of such properties is necessary and this can be a protracted process, particularly as it involves a number of different parties such as property owners, intermediaries and tenants/occupants.

"We will take enforcement action against all culpable parties, including the property owners, where unauthorised use of the premises has been determined."

Regulators globally are also grappling with the explosion in the home-sharing economy and examining how it fits into their existing regulations. In Japan, current regulations on short-term rentals are strict but the country is reviewing these rules.

Australia's local councils oversee short-term accommodation rentals such as bed-and-breakfasts. Such rentals are subject to strict regulations and include rules such as separate floors and lifts for tourist accommodation in residential buildings. Some local councils in Australia have taken tough action against offenders of local building and planning laws, with two councils in Perth considering banning Airbnb rentals.

In New York, it is currently illegal to rent out apartments in buildings with three or more independent units for under 30 days.