Some eateries unaware of rule on storing gas canisters 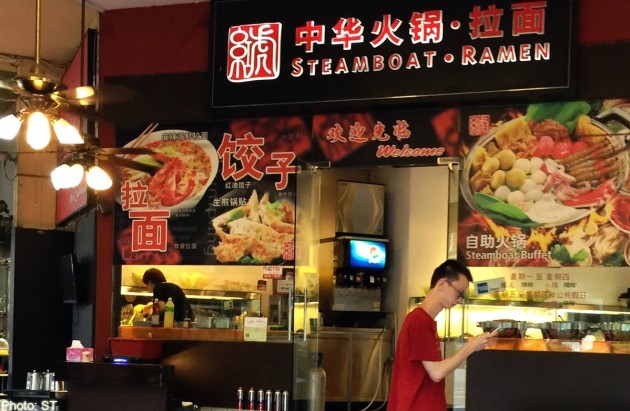 Staff at some restaurants here are unaware that they need a licence for storing gas canisters beyond a certain limit, even as the Singapore Civil Defence Force (SCDF) is taking enforcement action against a second hotpot restaurant that did not possess a valid storage licence.

According to a Lianhe Wanbao report yesterday, five restaurants, including Tian Tian Steamboat, said they did not know they needed a licence to store more than 200kg of petroleum and flammable materials in its premises.

The owner of a Mookata steamboat restaurant who gave her name only as Ms Lin told Wanbao that she was unaware of the licence requirements, and was unsure if she needed to get one. She added that she would apply for a licence shortly, just in case.

In the wake of the accident, SCDF conducted a fire safety enforcement check on the eatery and two other restaurants nearby. Chong Qing (Original) Steamboat was found to have flouted SCDF's fire safety regulations.

Yesterday, an SCDF spokesman told My Paper that it found another restaurant to have stored more than the allowed quantity of gas canisters in its premises without a valid licence. According to The Straits Times, the eatery is Zhong Hua Steamboat.

No violations were found in the third restaurant that was inspected.

SCDF will be taking enforcement action against the offenders. In the meantime, they have been advised by SCDF to reduce the quantity of petroleum and flammable materials to a permitted amount if they wish to continue operations.

Spring Singapore, which regulates the safety of consumer products, said it is working with SCDF to conduct investigations.

My Paper understands that this matter does not fall under the jurisdiction of the National Environment Agency, as it regulates food hygiene issues.

When contacted by The Straits Times, the manager of Zhong Hua Steamboat, who wanted to be known only as Mr Wu, admitted that his restaurant had exceeded the storage limit of 200kg for his liquid petroleum gas, but said it has since disposed of the excess amount.

He said that his restaurant takes precautions to ensure that the gas is handled safely.

"We make sure that the gas cylinders which we use are licensed and certified," he added.

SCDF conducted a total of 13,903 enforcement checks last year, of which about 30 per cent were based on public feedback, and issued 271 fire safety offence notices.