South Korean woman earns more than $10,000 -- just by eating in front of her webcam 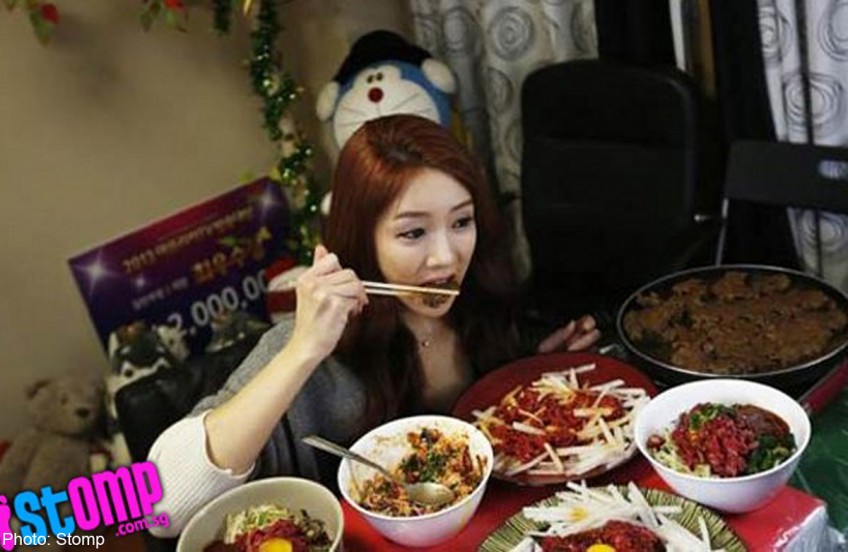 Will you quit your day job, which promises a stable salary, to become an internet star that offers only hope of fame and a burgeoning paycheque?

While not many are willing to put their livelihood on the line for a pipe dream, they are probably not as bold as Park Seo-yeon, a good-looking South Korean woman who quit her job at a consultancy firm to make her mark online by broadcasting videos of her eating a lot of food.

The 34-year-old, known as 'The Diva' online, chose to focus her efforts on indulging in a Korean trend known as 'Mok-Bang', loosely translated as broadcasted eating, after realising there was potential in this particular hobby of hers.

Every day, she prepares a feast, that has a spread of items ranging from pizzas to instant noodles and even crab legs, before digging into it in front of a live audience via her webcam for an hour.

Members of the audience then pay to either have a message posted up on the feed, or chat with her.

According to online news reports, Park is now pulling in over $11,000 thanks to the revenue generated from user-posted messages, advertising and donations.

It may seem ridiculous, but this trend seems like it is here to stay for the foreseeable future. The number of one-person households are growing in South Korea, and such videos apparently help viewers cope with loneliness by offering an eating companion to singletons.