Sparklers may have started Punggol fire 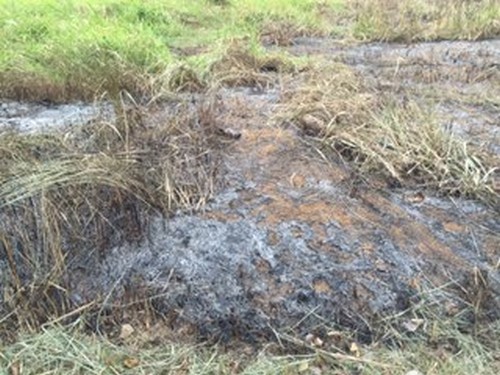 A blaze that broke out along Punggol Waterway Park on Saturday night spread to an area the size of two basketball courts before it was extinguished.

Five suspects have been arrested for allegedly causing it.

In a post on the Punggol Neighbourhood Police Centre Facebook page yesterday, police said they had arrested the all-male quintet, aged between 14 and 20, in a case of mischief by fire.

The police had received a call at about 10.50pm on Saturday about the fire, which broke out at a forested area along the park connector, near Waterway Primary School.

Tay Wei Cheng, who posted a video on Facebook and alerted the authorities, told The Straits Times he was heading home after cycling when he spotted a group of boys "spinning a rope with a small ball" at around 10.40pm. He claimed the group also had a camera and tripod.

"I'm not sure what they were using but what they did created sparks, and two minutes later, one of my friends saw that there was a fire at the bush," the 18-year-old student said. "We shouted at them and warned them but they ignored us. I was quite shocked and angry."

Police said the fire caused damage to the park and it was fortunate that no one was injured.

According to a Singapore Civil Defence Force (SCDF) spokesman, the "vegetation fire" spread to an area measuring the size of two basketball courts.

SCDF sent two fire engines and two red rhinos to the scene, and the flames were put out using three water jets. About 20 firefighters took half an hour to bring the blaze under control, and another hour to fully extinguish the fire and conduct damping down operations to prevent the fire from rekindling.

Videos of the fire circulated online - one showed a crowd of onlookers gathering on a bridge as the blaze raged on nearby.

An eyewitness, who declined to be named, said he saw a group of boys swirling what seemed to be sparklers near the end of Lorong Halus bridge. "I didn't see them start the fire but their action could have caused the sparks to land on the trees and lead to the fire as the sparks 'flew' quite a distance."

Asked if anyone tried to stop the boys, he said: "We didn't want to get into trouble with them."

He added that it seemed like the boys were just taking photos of the swirling sparklers. "There's nothing wrong with that. But maybe they chose to do it at a wrong place."