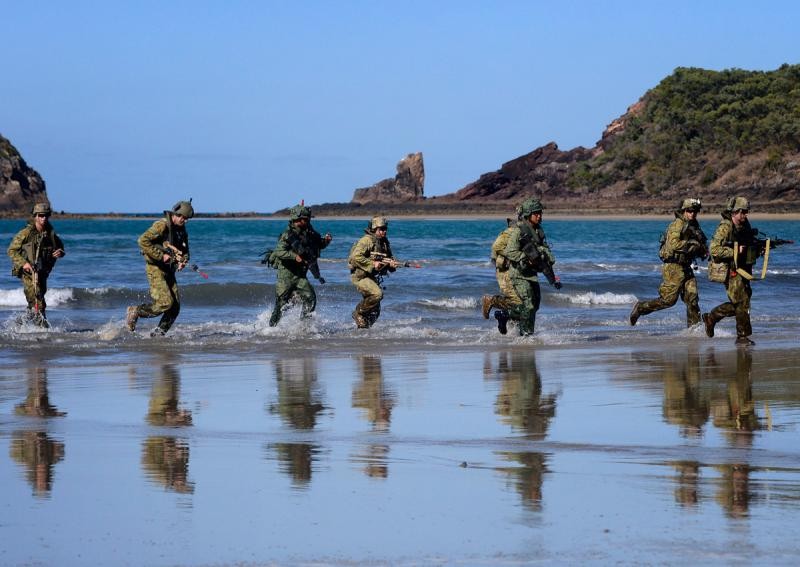 Australia's second-largest state, Queensland, has seen its fortunes wane and jobs dry up since the country's mining boom faded.

But its future is looking bright again with the announcement of Singapore's strategic pact with Australia, which will see an influx of 14,000 Singapore troops each year and about A$2.25 billion (S$2.24 billion) worth of investment.

The deal, lasting 25 years, will grant access to Singapore's soldiers to train for up to 18 weeks a year - up from six weeks currently - and will increase the number who can train from 6,000 to 18,000.

Singapore has trained in the area since 1990 but will expand the site to about 10 times the size of the Lion City.

In Rockhampton, which has a population of about 85,000, the residents have long grown used to the area's annual influx of Singapore troops.

But the plan to more than double the annual numbers of military visitors has been seen as a welcome opportunity for the region to move beyond the mining years.

The president of the local Capricornia Chamber of Commerce, Mr Peter Fraser, said the deal came just as the area was facing a bleak future.

"Our region has been hit dramatically by the mining downturn," he told The Straits Times.

"There was also the drought which has decimated our beef industry. All of a sudden this came - it is a massive benefit," he said.

Australia's government said the plan is to spend about A$1 billion each on the Townsville and Shoalwater Bay training areas, including on building new training and live-fire combat zones and on upgrading roads, airfields and other facilities.

Australia will be allowed to use the upgraded facilities when they are not being used by Singapore.

Singapore troops are due to train in Queensland twice a year - instead of annually - with exercises from February to May and August to November.

"It is well known in Rockhampton that the Singapore army comes through," said Mr Fraser.

Townsville Enterprise, which seeks to attract investment in the region, said the announcement was welcome after fluctuations in the mining sector and the recent loss of about 550 jobs at a troubled nickel refinery in the area owned by Mr Clive Palmer, a businessman and MP.

"The city is focused on putting the Palmer event behind it and looks forward to working with Defence to ensure that this opportunity succeeds and a long partnership grows between the two countries," Mr Kevin Gill, Townsville Enterprise's chairman, told The Australian.

The Singapore-Australia Comprehensive Strategic Partnership, announced on May 6, also comes at a handy time for Australia's ruling coalition. The announcement came two days before Prime Minister Malcolm Turnbull called an election for July 2, prompting speculation that it was deliberately timed to shore up votes in battleground seats in the state.

Asked about this, Mr Turnbull noted that the deal was announced in both countries.

Proclaiming the benefits of the deal, the MP for Capricornia, Ms Michelle Landry, said Singapore already spent A$35 million a year on training in the area but the new arrangements were "a once- in-a-lifetime boost (by) a foreign country".

But the Queensland state MP for Rockhampton, Mr Bill Byrne, was more cautious, warning that the expansion of the Shoalwater Bay training facility could potentially pose environmental risks.

He told ABC News he was optimistic about the deal, but added there were a "very large number of questions that need to be answered".

Ms Landry said the deal would ensure the area remained "clean and pristine" and that any damage or mess would be fixed immediately.