S'pore tourism regains some shine in 2016 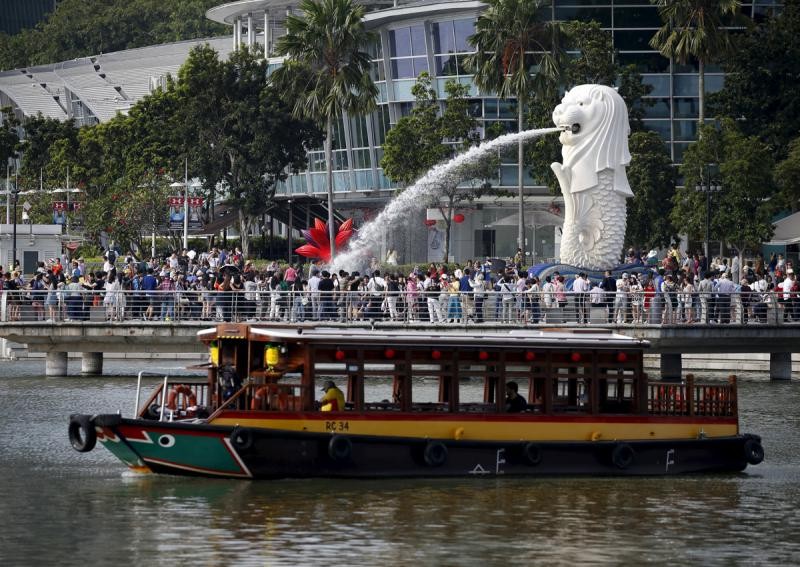 After an uninspiring year in 2015, Singapore's tourism industry started 2016 on a better note as arrivals rose some 12 per cent in the first two months of the year, fuelled by double-digit increases in key source markets such as China and Indonesia.

According to preliminary estimates by the Singapore Tourism Board (STB) - which tracks air, sea and land arrivals - Singapore received a total of 2.74 million visitors in January and February, up 12.3 per cent year- on-year. Most notably, China rebounded with a near 34 per cent surge in visitors to around 505,760 travellers, surpassing the 465,530 arrivals from Indonesia. Arrivals from Indonesia (historically Singapore's biggest source of tourists) were up almost 11 per cent.

"One of the reasons (for the increase) is the rebound in Chinese tourists. STB has partnered Chinese online travel services like Alitrip," said Desmond Sim, CBRE's head of research for Singapore and South-east Asia. Alitrip is the travel arm of Chinese e-commerce giant Alibaba Group.

STB is reportedly also working with other China-based online platforms such Tuniu, and review sites Dianping and Mafengwo.

Visitorship from China to Singapore fell sharply in 2014, partly due to the disappearance of Malaysia Airlines flight MH370 which dampened travel demand to South-east Asia, but started to pick up again in the last three quarters of 2015.

On the other hand, the strength of the Singapore dollar vis-a-vis the rupiah has tempered arrivals and spend from Indonesia, hitting the retail and tourism industries.

Arrivals from some other markets also expanded in the double digits in January and February, such as Germany (55 per cent), Thailand (24 per cent), Vietnam (14 per cent), and Taiwan (12 per cent).

Meanwhile, the number of travellers from other countries such as New Zealand and Russia were down 12 per cent and 9 per cent respectively.

However, it remains to be seen how tourism receipts stack up, as these figures have yet to be released.

"It's a positive sign that tourists are still coming," said Mr Sim, adding that the challenge is ensuring sustainability.

Last year, tourist arrivals to Singapore edged up 0.9 per cent to 15.2 million as a 2 per cent growth in leisure travellers helped offset the 6 per cent fall in business travel and meetings, incentives, conventions and exhibition (BTMICE) visitors. But tourism receipts declined 6.8 per cent year-on-year to S$22 billion - marking the first drop in six years - in line with lower spend from BTMICE visitors.

For 2016 as a whole, STB projects that visitor arrivals will expand 0-3 per cent to 15.2-15.7 million, flagging headwinds such as the state of the global economy, competition from regional tourist destinations, and leaner corporate travel budgets. This year, tourism receipts are expected to grow 0-2 per cent, to clock S$22-22.4 billion.

Signs of a pickup in air travel are also evident at Changi Airport. Passenger throughput jumped nearly 11 per cent year-on-year in January and February, led by China, Indonesia, Australia, Malaysia and India.

They singled out in-flight catering and ground-handling services provider SATS as the primary stock to benefit from the uptick in arrivals at Changi.

On the hotel front, preliminary data from STB showed the hospitality industry is holding steady as well. Industry-wide room rates were nearly flat at around S$248 in the first two months of the year while revenue per available room (RevPAR) edged up almost 2 per cent to S$210 as average occupancy inched up 1.3 per cent to 84.8 per cent. Where RevPAR is concerned, the luxury hotel segment performed the best of the hotel categories with a roughly 3 per cent increase to around S$411.

Upscale hotels saw a 2 per cent increase in RevPAR to S$228 while for mid-tier hotels, it inched up nearly one per cent to S$145. Economy hotels, on the other hand, experienced a near 4 per cent drop to S$75.

This article was first published on April 18, 2016.
Get The Business Times for more stories.