Stand in solidarity with the French 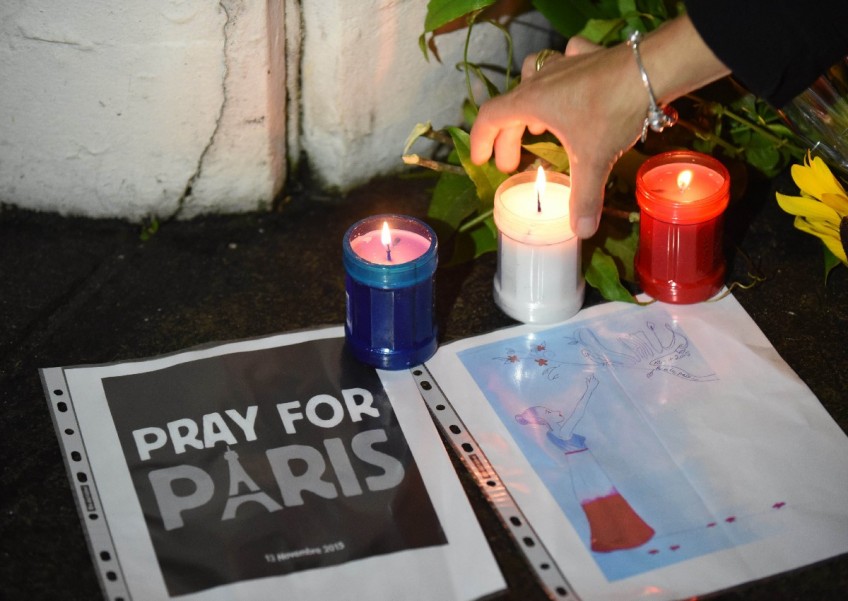 A woman lights a candle outside the French embassy during a ceremony in Guatemala City on November 15, 2015, in homage to the victims of the deadly attacks of November 13 in Paris
AFP

The world weeps for France in the face of the senseless brutality and carnage inflicted by Islamic State in Iraq and Syria (ISIS) terrorists ("S'pore leaders condemn attacks"; yesterday).

Although shaken to the core, the stoic French people will be too strong to be brought down by such a barbaric act, and the city of light, love and liberty lives on.

Terrorism is not new. Groups like the Palestine Liberation Organisation and Irish Republican Army were responsible for many terrorist attacks in the 1970s and 1980s.

Unlike ISIS, they have clear political goals which could be negotiated with the international community.

However, the atomisation of militarism has made the face and nature of terrorism look starkly different. Nowadays, terror attacks are more difficult to detect and neutralise - with targets becoming indiscriminate and terrorists perpetuating violence as an end in itself.

Singapore is no less vulnerable to such terror acts.

To counter such potential threats, everyone in our community has to remain vigilant and serve as the eyes and ears on the ground.

We should also be thankful to our security personnel for working tirelessly around the clock to protect and safeguard our country.

Most importantly, we shall, together with the international community, stand in solidarity with our French friends and not let them walk alone.