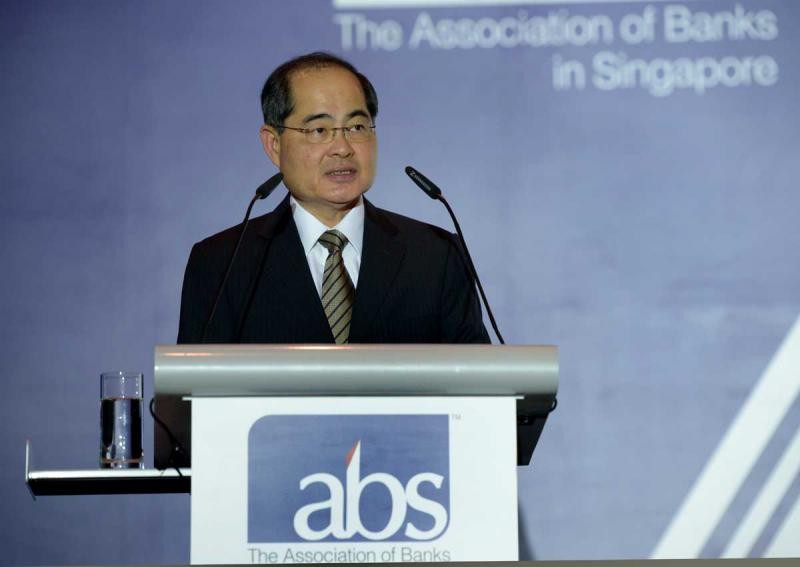 Given the fragility of global markets in a low-growth, low-rate environment, stress tests on banks will become an increasingly important and integral part of risk management in the financial sector, said Monetary Authority of Singapore (MAS) deputy chairman Lim Hng Kiang on Tuesday.

This imperative has emerged even as the unexpected result of the United Kingdom's vote to leave the European Union weighs on market confidence and an already-listless global recovery, he said at the 43th annual Association of Banks in Singapore dinner.

Mr Lim, who is also Minister for Trade and Industry, said: "Risks remain, not least the prospect of political instability and the possibility of a rise in protectionist tendencies in the major economies. A tougher macroeconomic environment and growing complexity of operational and technology risks will place greater demand on banks' risk management and compliance systems."

Banks must therefore regularly test the robustness of their contingency plans and their capabilities to manage "tail-risk events".

Stress tests conducted annually by the MAS have shown that Singapore's banking system remains resilient. Since these tests were started in 2002, they have been expanded in scale industry-wide.

The analyses done under these tests have included the assumption of the major economies (the US, the eurozone and Japan) and several emerging Asian economies slipping into recession, and of China's economic growth falling to below 3 per cent.

In such a stressed scenario, the MAS has also assumed a sharp depreciation in regional currencies, the halving of commodity prices and a severe and protracted recession in Singapore, with unemployment spiking to historical highs and the property market correcting significantly.

Mr Lim noted that even under these extreme conditions, the rise in non-performing loans (NPLs) at banks will remain below the peaks reached in the Asian Financial Crisis; the banks will still meet the Basel III regulatory requirements comfortably.

Basel III rules spell out the basic capital and liquidity requirements for banks.

To raise stress-test standards, the MAS is now working with participating banks to conduct "reverse stress tests". Under these, banks describe scenarios in which their solvency could come under threat. This practice enables the central bank to ensure that the stress scenarios simulated for the banks remain relevant.

Mr Lim said that the banks must also continue to watch risks arising from new and emerging trends. Banks are expected to watch for risks that emerge in this "slower for longer" global economy, such as higher debt, the rising interconnectedness between financial institutions and markets and the growing use of technology.

Mr Lim said that the low-growth, low-inflation environment, which in all likelihood will continue for some time, suggests that monetary policy in many parts of the world will remain accommodative, especially in advanced economies where inflation has been below target for a number of years.

The heightened volatility in financial markets over the last few years, as seen in part by the UK's decision to leave the European Union, underscores "the fragility of global financial markets", said Mr Lim. This comes after events such as the taper tantrum, and the transition to a more market-based exchange rate system for the Chinese yuan, he noted.

He also warned banks to watch for the increasing sophistication of cyber threats, with attacks becoming "more frequent, more sophisticated and more brazen".

He said that, given the interconnectedness of the financial eco-system, information sharing among banks across the world would enable financial institutions to identify potential threats and develop more effective security measures.

On the issue of banks' monitoring of risks linked to outsourcing arrangements, Mr Lim said that the MAS wants banks to ensure that the use of cloud-computing services - while beneficial - is managed against potential related risks. The MAS also expects a "higher standard of care" on safeguarding customer information as part of outsourcing agreements, he said.

This article was first published on June 29, 2016.
Get The Business Times for more stories.