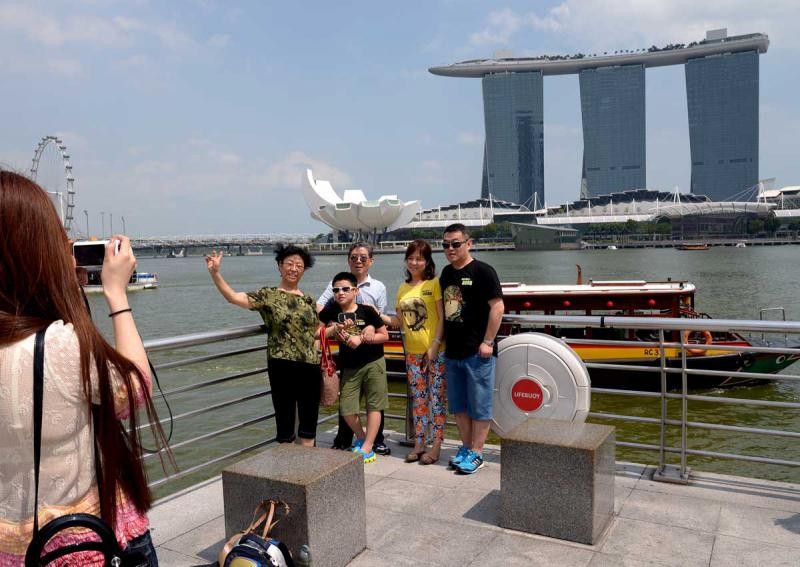 A stronger greenback and weaker turnover from high rollers hit second-quarter earnings at Marina Bay Sands (MBS), while its mass-table gaming revenue fell for the first time since 2012.

VIP gaming revenue, which accounted for 42 per cent of total gaming turnover, fell 29 per cent to US$6.74 billion.

Union Gaming Research noted that "most of the weakness occurred at the highest end of the VIP market".

"We held well, which was encouraging. But volumes are off... I think that's reflected in Macau as well as Las Vegas, and maybe that's a global slowdown."

Mass-table revenue, which accounted for 38 per cent of total gaming turnover, fell nearly 11 per cent to US$935.7 million due to continued weakness in the ringgit and the yuan against the Singdollar.

Mr Grant Govertsen, managing partner of Union Gaming Research, told The Straits Times: "That was probably not the only factor, although the company did not mention what the other factors might be. But one quarter doesn't make a trend. If, however, this were to continue through the end of the year, it would be more troubling."

"Given that MBS generally outperforms Genting Singapore's Resorts World Sentosa, we have to assume that RWS is likely to experience mass market softness in the second quarter as well," Mr Govertsen said.

But slot machines, which have a greater patronisation rate by local players than mass or VIP tables, fared better.

Slots, which accounted for around 20 per cent of total gaming revenue, gained 6 per cent to US$3.25 billion.

Meanwhile, MBS management said yesterday that discussions are ongoing on its request for more land to build 1,500 additional hotel rooms to add to the 2,563 now.

If MBS is able to build another hotel tower, that could be a boon for its mass-table gaming revenue, Mr Govertsen said.

With the exception of convention, retail and other revenues which fell in the second quarter, revenues in all other non-gaming segments grew.

The average daily room rate dipped to US$375 from US$377, but hotel occupancy rose to 96.4 per cent in the second quarter from 95.9 per cent a year earlier, resulting in revenue per available room edging up to US$362 from US$361 a year ago.

This article was first published on July 27, 2016.
Get a copy of The Straits Times or go to straitstimes.com for more stories.