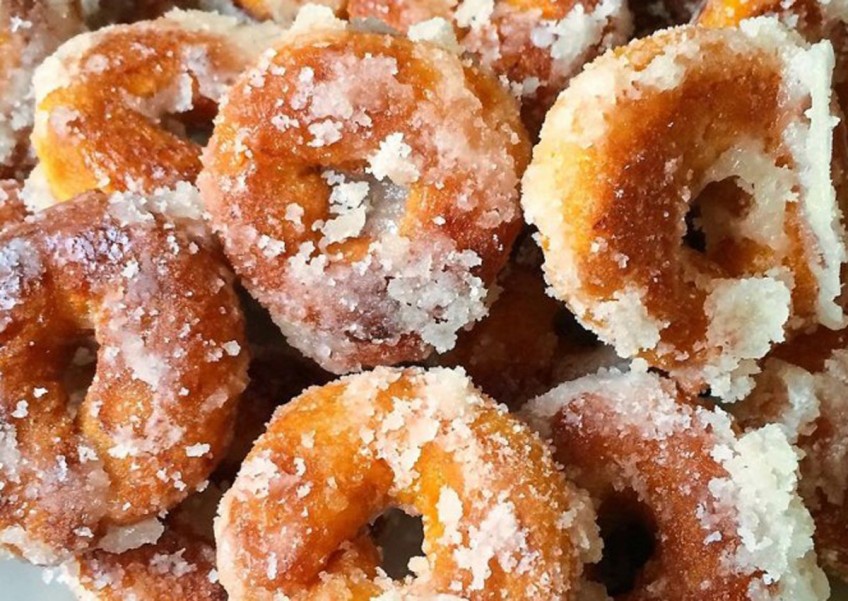 As a dog lover, and also someone prone to visiting the latest silly videos on YouTube when invited by other dog lovers, I recently watched a crazy clip about a "dog wedding". It was a little disconcerting - not because of the insanely cute outfits for the dogs (which are pugs, like my own dog), but because they and their doggie guests were seen eating a wedding cake after the ceremony.

All responsible dog owners should know that two of the worst items to feed a canine are refined sugar and flour and nowhere was there any information about the contents of the wedding cake - but I really hope it didn't have sugar or flour.

So it got me thinking about why sugar is such a bad food for dogs. Then of course, the question got extended to stuff like the chemistry and metabolism of sugars and eventually leading to the factors why sugar, especially processed sugars, can be bad for humans too.

So this is sort of the topic of this article and the reasons are probably rather more curious than you would expect. And I have avoided the usual boring chatter about obesity and diabetes - this article isn't going to dispense medical advice about keeping fit and healthy.

There are some really interesting and peculiar aspects of sugar consumption and processing - and there are also curious reasons as to why sugars of one sort or another are so ubiquitous in modern processed foods.

Sugar is much more complex than you think

Sugar, as it turned out, is rather a complex subject, though the impact of humans ingesting excessive amounts of sugar have rather well-known, messy and generally not too pleasant endings.

The general household understanding of sugar is that it is a substance (usually crystalline) extracted from various plants (normally sugar cane and beets) and used as a sweetener in foods and drinks.

Chemically-speaking, there are actually several kinds of sugars, and they all belong to a certain class of carbohydrates - the main groups within this class are monosaccharides, disaccharides and oligosaccharides. There is also another group called polysaccharides which are complex chains or clumps of carbohydrates - and although linked with sugars, they have significantly different characteristics.

All these compounds make their respective journeys into our diets in one way or another so it should be interesting to know more about them. By the way, the names of most sugars end with the suffix -ose - this merely denotes that it is a carbohydrate. Examples are sucrose, cellulose and fructose.

The most important sugar found in food is probably a monosaccharide called glucose - monosaccharides are the simplest of sugars and this particular molecule has the chemical formula: C 6H12O6.

Glucose is also known as dextrose and is used by the human body as its main fuel source - after metabolism by the body in a process called glycolysis, it gets turned into pyruvate which in turn is oxidised by the cells for energy, producing carbon dioxide (CO2) and water as waste products.

It is vital that the body has a constant and adequate supply of glucose - a lack of glucose would affect the brain quite quickly, causing loss of self-control and curtailing rational thinking processes.

Another monosaccharide commonly found in food is fructose (the most common sugar in fruits and berries) and yet another common one is galactose (found in mammalian milk products).

Curiously, glucose, fructose and galactose all have exactly the same chemical formula (C 6H12O6) - they are isomers of each other (an isomer is a molecule with the same chemical composition but with the atomic links organised in a different manner).

But even though they are chemically identical, these isomers have quite different characteristics. One difference is that fructose tastes much sweeter than the others. As an aside, there is another monosaccharide called glyceraldehyde - this is represented as C 3H6O3. and is the simplest possible configuration of a sugar. It is usually created and utilised during various stages of glycosis.

Disaccharides are compounds of monosaccharides - basically this means that they are formed by combining two monosaccharides while kicking out a water molecule from the new compound. The chemical representation is therefore C 12H22O11. and again the major disaccharides found in food are also isomers of each other.

The main food disaccharides are sucrose (the sugar in cane and beet), maltose (a sugar formed during germination of certain grains) and lactose (the sugar found in milk). Being isomers, they have different characteristics from each other - a couple of major differences are that sucrose is the sweetest disaccharide, and lactose is quite hard or even impossible for many people to digest, a quite common condition known as lactose intolerance.

Digesting sucrose is much easier and requires common enzymes called sucrases - this decomposes the disaccharide down into two monosaccharides, glucose and fructose in roughly equal proportions.

The other commonly ingested sugars are oligosaccharides. Basically, these sugars can be regarded as short chains (or polymers) of monosaccharides - combinations of between three and 10 of the simple sugars make up an oligosaccharide. Generally, they can be found as components of vegetable fibre (eg. as fructo-oligosaccharide) and the body is not capable of digesting them completely. The undigested portions of oligosaccharides, however, are not wasted as they serve as food for the micro-flora in human intestines.

Interestingly, oligosaccharides also bind with proteins to form glycoproteins which are used as components of structural body molecules (collagen, cell membranes, hormones, enzymes, antibodies, parts of the human reproductive system, etc) - so these sugar molecules are very important to life in general.

As an example of how integral they are, oligosaccharides are also used as markers to determine the blood type in humans.

Interestingly, pre-biotics are also oligosaccharides (galacto-oligosaccharides) - these molecules are not easily digested and can reach the intestinal tract virtually unaffected where they help to promote the good bacteria (eg. bifidobacteria and lactobacilli) within the intestines. This in turn helps to maintain the defences and a disease-free state within the gut.

As such, they can be used either as strong structural molecules or as stores of simple sugars (which is what some polysaccharides decompose into when digested).

The general chemical representation is (C 6H10O5)n where n >= 40 and <= 3000. Examples of structural polysaccharides are cellulose, probably the most abundant organic molecule on the planet, and chitin.

Cellulose forms the structure of grasses and other plants and is indigestible by humans - though mammals such as ruminants have developed special stomachs to extract nutrition from such grasses and plants.

Chitin is used as the building blocks of the strong exoskeletons of many invertebrates. Important storage polysaccharides are amylose and amylopectin, both found in starches - and glycogen, which is stored by the human body and readily convertible into glucose for use as an energy replenishment source when needed.

In fact, glycogen is quite similar to amylopectin in its basic structure and the main difference is that glycogen has rather more molecular bonds.

As a little light diversion, you might be interested to know that cats and dogs differ very significantly in one manner - cats cannot taste sweet at all while dogs love sweet stuff.

In common with a few other mammals (such the Asian short-clawed otter, spotted hyena, sea lions, dolphins, Madagascan fossa and harbour seals), cats lack a functional Tas1R2 protein (which is half of the protein grouping in a sweet receptor cell) - and hence cats are simply unable to taste sweetness.

Dogs, on the other hand, have fully functional sweet receptors and simply love sweet foods - which regrettably rather works against them, especially in modern times (as most sweet items now contain refined sugar).

One reason why sugar is bad is because dogs are still basically carnivores and in the wild, they would generally derive energy from eating meat. Hence, if dogs ingest pure sugars, the sugars would cause sudden uncontrolled spikes in their blood sugar levels - and these increases are usually beyond the normal insulin levels which a dog's tiny pancreas expects to regulate.

The same applies to flour as there is an easily digestible storage polysaccharide in starch called amylose which breaks down quickly into monosaccharides - these sugars also cause blood sugar spikes in both humans and dogs. Remember that dogs also have a smaller body mass than humans so much less sugar and flour is needed to affect them.

As an informed person, you very probably already know the basic explanations as to why ingesting too much sugar is rather bad for humans - all the stuff about obesity, blood sugar levels, insulin and diabetes is rather old news so it is really not worth repeating.

However, as mentioned earlier, there are other curious consequences arising from the consumption of sugar which are perhaps not so well known - and a lot of these effects are also probably beyond our direct control.

Find out in the next part, why glucose, fructose and galactose although chemically identical, are processed very differently by the human body.