Suntory introduces The Malt's as rivalry over regular beer heats up 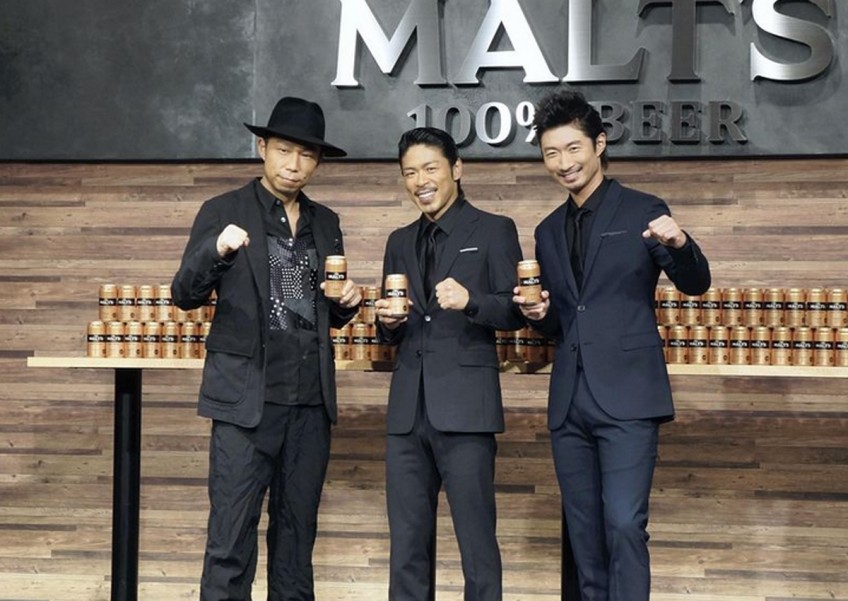 The battle over regular beer sales are expected to become more competitive with the release of The Malt's by Suntory Beer Ltd. on Tuesday, a direct challenge to Super Dry - the market leader - made by Asahi Breweries, Ltd.

Major breweries have been focusing on new beer products, with prices around ¥220 (S$2.60) for a 350-milliliter can, and eyeing possible future cuts in the tax rate for beer.

"Is it fun, living a dry life?" a combative TV advertisement for The Malt's asks in a clear sign that the new product is aimed at Super Dry's share of nearly 50 per cent of the beer market. The Malt's features a rich and subtle mellow flavor, according to Suntory.

Suntory ended production of its Malt's beer last month. Its successor, The Malt's, is the first major product developed for the regular beer market in 29 years - since the release of Malt's in 1986. During the 2000s, the company has focused on its high-end The Premium Malt's and Kinmugi, a so-called third-segment quasi-beer.

If gaps in product prices between the three categories are narrowed, beer would probably regain the popularity it lost to cheaper products, according to observers.

Of the three categories, beer accounts for about 34 per cent of Suntory's sales - the lowest ratio among the nation's four major beer breweries.

Suntory Managing Director Shinji Yamada said the release of The Malt's had no connection with discussions on revising tax rates for alcoholic drinks. "[The regular beer market] has room to expand further," he said.

Many observers, however, believe that the brewer aims to boost its beer lineup with an eye on revisions to the taxation system.

Suntory's rivals have also been boosting their beer products. Asahi, for example, has released a limited-edition autumn version of Super Dry with a package design featuring red-tinged leaves.

Kirin Brewery Co. created a hit with its Ichiban Shibori beer when it released limited-edition regional versions this spring, brewed by each of its nine factories. The company will put these versions on the market again in December with new flavors.

Sapporo Breweries Ltd. will release limited-edition Halloween designs in October for its Kuro Raberu (black label) and other products.