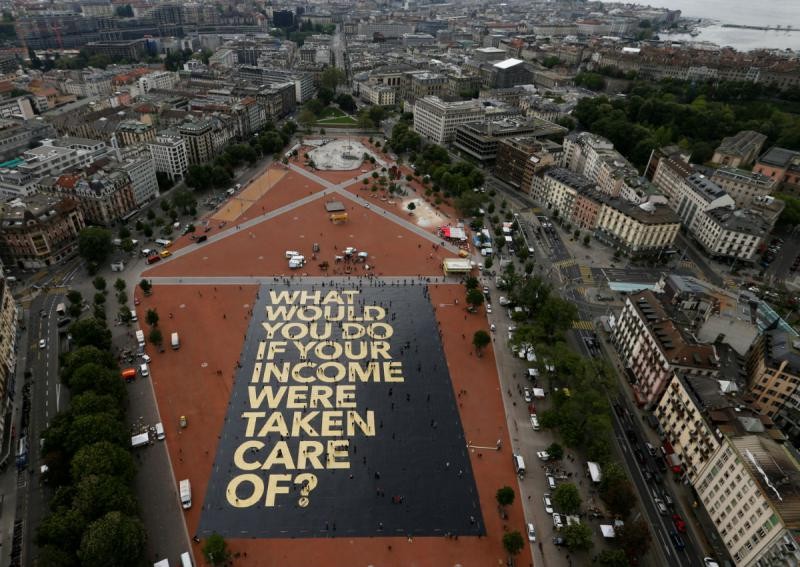 Swiss voters were on course Sunday to flatly reject a radical proposal to provide the entire population with a basic income, with no work required, initial results and projections showed.

National projections showed 78 per cent of Swiss voters had opposed the initiative, according to numbers provided by the gfs.bern polling institute to public broadcaster RTS an hour after polls closed at noon (1000 GMT).

The result comes as no surprise: Opinion polls ahead of the vote had indicated more than 70 per cent of Swiss voters opposed the measure.

The projections showed that 66 per cent of voters had embraced a government proposal to speed up the country's asylum process.

Sixty-one per cent also said "yes" to a call to allow genetic testing of embryos before they are inserted in the uterus in cases of in vitro fertilisation, according to the projections.

In a global first, the Swiss were asked whether they wanted all Swiss citizens, along with foreigners who have been legal residents for at least five years, to receive an unconditional basic income, or UBI.

The referendum came after reformers mustered more than the 100,000 signatures required to hold a popular vote, a regular feature of Swiss direct democracy.

But the idea was controversial from the start in Switzerland - a country that values hard work - and the government and nearly all political parties had urged voters to reject the scheme.

Andreas Ladner, a political scientist at Lausanne University, told RTS the Swiss were "realistic" in their assessment of the UBI plan.

Accepting that people can "be paid without having to work would have been a very big step" for the Swiss, he said, adding that the initiative appeared mainly to have been put forward to "spur debate".

"Just getting a broad public debate started on this important issue is a victory," Ralph Kundig, one of the lead campaigners, told AFP before the vote.

Supporters of the initiative argued that an unconditional income would help fight poverty and inequality in a world where good jobs with steady salaries are becoming harder to find.

"We need to find a new redistribution model," Kundig said.