To tackle haze, win over the Indonesian public 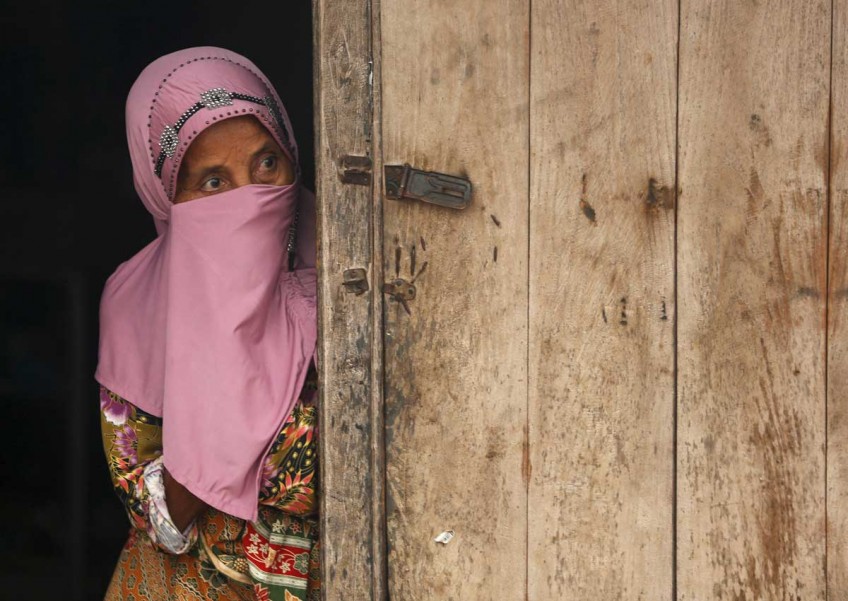 An Indonesian villager covering her nose and mouth last week at her home in Banyuasin, Sumatra, which has been hit by the haze.
Reuters

The return of haze in Singapore has brought the predictable round of complaints, analysis, hand-wringing and soul-searching, but the problem never seems to improve. To establish a basis for action, it is critical to link policy solutions with evidence about the health impact of haze - on Indonesia's own residents.

However, exacerbating these challenges are patterns of behaviour that are beyond the reach of government. Effective solutions will materialise only after an evolution in Indonesia's popular and political attitudes regarding forest burning.

One way to interpret the haze challenge is as an economic development and poverty issue. Lacking attractive alternatives to land clearance, farmers opt for the most expedient solution available. This is the same rationally self-interested calculus that people undertake daily before almost any decision. In burning vegetation, farmers pursue what they believe is the best available alternative, regardless of the longer-term costs to a distant and wealthy island. Economists would describe the haze as a negative externality - the unwanted impact of an action on parties (for example, citizens and states) that have no opportunity to negotiate against it.

In 1965, Singapore was a poor cousin to Indonesia. Now, Singapore is the wealthy and influential cousin (and one for whom few have sympathy). Many Indonesians probably fail to believe that they should sacrifice their own often fragile livelihoods to appease a highly developed neighbour.

Unfortunately, the haze problem has been cast as a burden primarily on Singapore, but it also negatively affects Indonesia itself. Based on a pattern of policy inaction, one is tempted to assume that Indonesia is either reluctant to acknowledge the impact on its own people, or refuses to believe that haze is a problem worth serious attention.

Furthermore, some farmers may understand the negative impact on broader Indonesian society but still refuse to change their behaviour. Therefore, Singapore is asserting negotiating power by pressing Indonesia for legislative action. Despite repeated apologies from its presidents, Indonesia's Parliament spent more than a decade refusing to support a 2002 ASEAN pact to prevent forest burning; it was finally ratified last year.

Even if Indonesia agrees to further anti-burning measures or name-and-shame efforts against blameworthy companies, such policies stand little chance of being properly implemented. As history indicates, many Indonesian legislative actions - addressing everything from corruption to pollution - have failed to generate substantive change. The same would likely happen to haze management legislation.

To make progress in solving this complex challenge, the Indonesian public must be convinced that haze is bad for them, and this begins with credible evidence. There is currently no published study that estimates the cost of haze to Indonesia in terms of health, productivity and foreign direct investment or FDI (as has already been done for Singapore and Malaysia).

Investors may avoid the country for concern not only about macro-economic conditions, inadequate infrastructure and traffic congestion, but also about environmental issues such as water and air pollution. Indonesia's young population needs hundreds of thousands of new jobs created each year, requiring sustained FDI.

This effort will be compromised unless environmental and economic conditions are substantially improved, and political pressure to address such concerns will be minimal without greater public awareness.

To address the indirect causes of haze commonly discussed, there are few feasible policy options.

Diplomatic pressure is unlikely to change the first, and improving the second is doubtful without political support. For example, it is unlikely that Indonesia will agree to strict and binding regional agreements that limit growth policy options or expose citizens to legal action.

Spot-solutions, such as Singapore's offer of helicopter support to douse fires or Indonesia's recent declaration of a state of emergency, generate splashy headlines and give the impression of progress, but target only the symptoms.

Therefore, the policy battlefield should now move from the banquet tables of regional summits to the hearts and minds of Indonesian citizens. Winning their support for stricter regulation and enforcement is a bipartite strategy.

First, an effort must be made to gather data and generate robust evidence about the domestic impact of Indonesian haze. Singapore can turn to its own world-class universities and research centres to conduct such studies.

Secondly, the findings must be expressed in an easily understood way and disseminated widely through the media and other conduits. This should not be a one-off publicity blast, but a sustained awareness initiative that targets the public and enlists the support of advocacy groups, non-governmental organisations and, ultimately (through domestic political pressure), government officials.

Public understanding of the haze crisis in Indonesia should be as common as basic literacy, and at least as embedded as the public's knowledge of common health and safety issues such as pesticides, smoking and sanitation. This may not produce the instant solution that some believe would result from aggressive diplomatic action such as boycotts and sanctions.

However, haze mitigation would be far more durable across political cycles because increased awareness often leads to deeply rooted interest in a policy issue. Indeed, an educated public is the most powerful force for change.

[[nid:223254]]
SUBSCRIBE TO OUR NEWSLETTER
Your daily good stuff - AsiaOne stories delivered straight to your inbox