A tasty guide to Japanese oysters 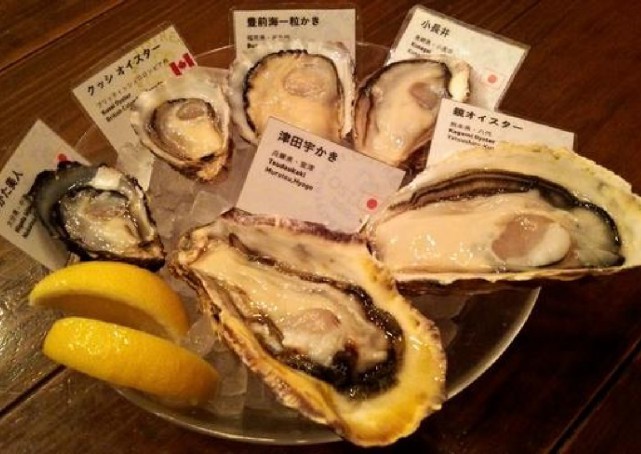 TOKYO - Japan may not be endowed with a wealth of natural resources, but when it comes to oysters, the country has an embarrassment of riches. About 30 major varieties, as well as numerous local "brands," can be found in the waters along the archipelago nation, all with their own distinctive flavors and textures, shapes and sizes. And thanks to the rise of oyster bars, these delicacies are no longer mainly the preserve of gourmands.

Here is a brief guide to the world of Japanese oysters, including one naturalised American cousin.

There are four basic types of Japanese oysters. The most common is the Pacific oyster (magaki), the mainstay during the winter months here. Next is the slightly larger rock oyster (iwagaki), a summer favourite. The two other, lesser-known, types are Shikame and Suminoe, farmed mainly in the Ariake Sea off the southern island of Kyushu. Also available are imported oysters, including those from the US and Australia.

According to the Japanese fisheries ministry, domestic oyster output - mostly farm-raised - totaled around 184,000 tonnes in 2014. The most prolific producer was the western prefecture of Hiroshima, yielding nearly 117,000 tons, or over 60 per cent of the total. Next was the northeastern prefecture of Miyagi, at 20,000 tons. Miyagi owes its high output to the fertile Sanriku coastline, which was battered by the massive tsunami in 2011. Production there is down about 10 per cent since the disaster, but it has been recovering thanks to efforts to create a local brand, among other factors.

Hiroshima and Miyagi are a natural fit for oyster farming thanks to a combination of beneficial geographical features - such as river confluences that provide ideal conditions for growing phytoplankton, which oysters eat. The waters in these places have relatively mild currents and maintain salinity and temperature levels well-suited to farming.