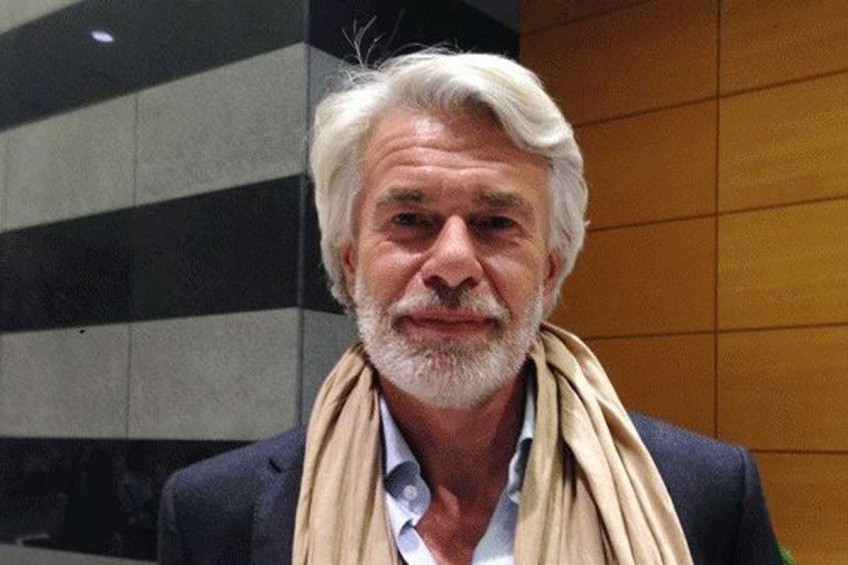 Chris Dercon, director of the Tate Modern.
The Korea Herald

Korea should be open to accepting foreign museum directors if it wants to expand its global presence in art amid growing competition with China, Japan and India, according to Chris Dercon, the director of London's Tate Modern.

Dercon spoke on Korea's possible appointment of a foreign director to the National Museum of Modern and Contemporary Art, one of the hottest issues in the country's art circle.

"I think it's very important to open up," said Dercon, at the reception after the awards ceremony of the Yanghyun Art Prize last Thursday in Seoul. "I am a Belgian, working in Great Britain," he added. Dercon is also expected to head an experimental theatre group in Berlin in 2017.

In October, local news outlets revealed that Bartomeu Mari, former director of the Barcelona Museum of Contemporary Art, and president of the International Committee for Museums and Collections of Modern Art, was among the three candidates short-listed for the position of director of the state-run MMCA, along with two Koreans. Since then, Korean artists and curators have expressed concerns, questioning whether Mari knows Korean art well enough to lead the MMCA.

"He knows Asian, Korean art very well -- both modern avant-garde and new avant-garde. He knows Korean cinema very well," said Dercon, adding that he has known Mari since Mari was a curator at the Fondation pour l'Architecture in Brussels, Belgium in 1989. Mari succeeded Dercon as director of the Witte de With Center for Contemporary Art in Rotterdam, the Netherlands in 1996.

"I only know that he's a very serious, very progressive and very dedicated curator, museum director who's interested in many disciplines. He did very radical exhibitions, very well-researched exhibitions, that's how I know him."

If Mari is appointed, he will be the first non-Korean to lead a public museum in Korea.

More than 650 Korean artists and curators, including some internationally known figures such as Kim Beom, Koo Jeong-a, Park Chan-kyung and Noh Sun-tag, signed a petition to oppose Mari as the new MMCA director, but they cited a censorship scandal, not his nationality, as their reason for doing so.

"As has been widely publicized in the media, fierce debates on Maris' censorship and ethical standards as a curator are underway," read the statement titled "Our Position on the Appointment of the New Director of MMCA, Seoul," dated Nov. 11.

In March, Mari cancelled an exhibition titled "The Beast and the Sovereign" at the MACBA over a sodomy sculpture, featuring former Spanish king Juan Carlos and Bolivian labour leader Domitila Chungara, involved in a sexual act with a dog, causing outrage in the global art community.

Mari resigned amid the controversy and the exhibition opened as scheduled.

"He was in a difficult situation. As a director you have to negotiate with everything. He was in between artists, and he was between curators and trustees. He had to do something because of the pressure put on by politicians through trustees. I think he took the right decision to leave. He said 'I cannot deal with the situation. It's so difficult and complex,'" said Dercon.

"If you say Korea is for Koreans, that's fine for me. But that's not what culture is about. Culture is about cosmopolitanism," Dercon noted.