Taxi operators must pick up the challenge 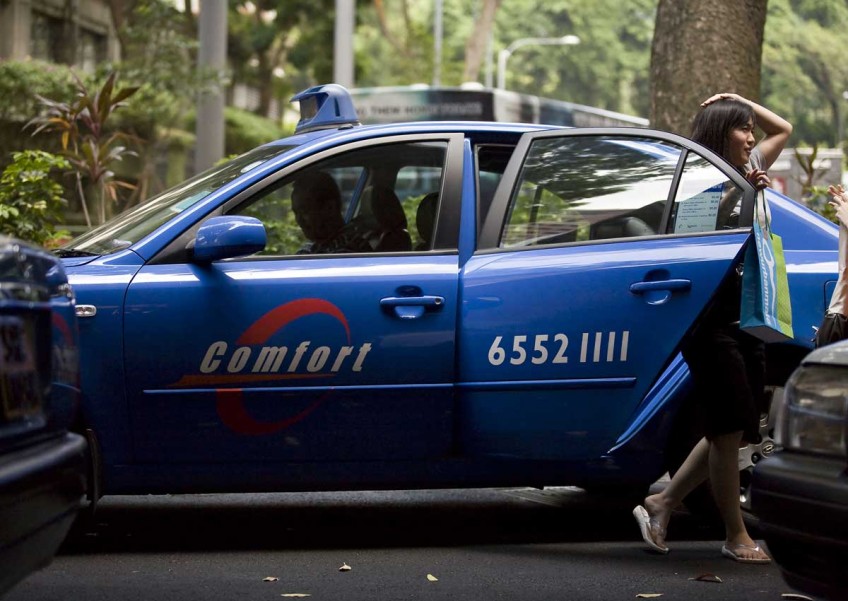 NEW licensing rules for private-hire drivers will help to level the playing field in the taxi industry but traditional operators like ComfortDelGro and SMRT should not get too comfortable.

The rules also bring legitimacy to disruptors like Uber and Grab, and the incumbents must raise their game by being more flexible and agile in innovating if they wish to stay relevant.

Two weeks ago, the Government gave the new entrants the green light to operate - with some rules in place.

The changes include private-hire drivers now having to obtain a private-hire car driver's vocational licence, likely by the first half of next year.

This means they have to be Singaporean and registered with the Land Transport Authority, pass medical check-ups and background screenings like taxi drivers, complete a course and pass requisite tests as well as be subject to a demerit point system.

A private-hire car driver must also either be employed as a driver in a limousine company, or be the registered owner of a chauffeured-services firm.

All in, it is a signal that the Government supports the vehicle-sharing economy and new innovative business models that help meet commuters' demand. At the same time, the Government is taking care to limit disruption to the incumbents and giving them grace to adjust.

Transport Minister Khaw Boon Wan has maintained that he is most concerned about consumers' interests, which is why the Government is not against business innovations that help manage supply tightness, especially during peak hours when traditional taxis are unable to meet the spike in demand.

This is a good outcome for both sides, especially as Singapore sets its sights on a car-lite future. Car-sharing schemes will be part of that futuristic blueprint, and Uber and Grab will be key players in that master plan.

In November last year, Prime Minister Lee Hsien Loong said at the launch of Clean & Green Singapore 2015: "We have to promote non-usage of cars, but even for cars, we have to find ways to use them more efficiently so that we can use the car without feeling like we have to own a car."

One way to do this is through car-sharing, via apps. He added that Singapore needs to "take this seriously".

"We want a solution in Singapore where the roads are clear, where there are many alternatives for people to travel, and to travel in a green and sustainable, efficient and convenient way," he said.

This is the big picture, the brave new world that today's taxi operators are finding themselves in. They are past the stage of hoping regulators will weed out these industry disruptors.

The Government has made the stand to embrace them and the industry will have to acclimatise.

To be sure, many equity analysts covering the counters of ComfortDelGro and SMRT have been divided among themselves on whether Uber and Grab pose a threat at all to taxi operators.

CIMB analysts Roy Chen and William Tng, for instance, think that the supposed threat is "overhyped".

In February this year, they said in a report that Uber and Grab have been consistently cutting their incentives for non-cab drivers, a sign that they are already satisfied with their driver pool and no longer need to dangle carrots as they did earlier when they were just beginning to penetrate the market.

This should stem the migration of current taxi drivers to the private-hire market, they said.

More former taxi drivers previously attracted by Uber and Grab may even rejoin the taxi business, they believe.

Other brokerages, in acknowledging a clear and present threat posed by private-hire drivers, gripe that the playing field is not totally levelled yet.

They say that there are still disparities in the areas of operating costs, fare pricing and compliance requirements (for example, insurance coverage and emission standards) between taxi operators and private-hire car service providers.

There are also age requirements for taxi drivers but not private-hire ones, and taxi vehicles have to be scrapped after eight years of service, versus Grab and Uber's nine- to 10-year-old cars.

The list goes on: Taxi drivers need to achieve a certain level of proficiency in English; they have longer training and refresher training hours; they need to meet a minimum daily mileage, et cetera.

In short, they complain that the regulations governing the private-hire market still remain less stringent than those for the taxi industry.

But, to be fair, there are also restrictions imposed on the private-hire market that the taxi sector is free from. As Daiwa analyst Jame Osman noted, most taxi services (about 80 per cent) still remain street hails - a market which private-hire cars are not allowed to tap. That could even out the competition.

Kiasu (Hokkien for "scared to lose") operators also have the option to work with the competition.

SMRT is a good example, exemplifying the saying: "If you can't beat them, join them."

Worried that their drivers may migrate to the rapidly expanding private-hire fleets (although it says the number of its own cab drivers defecting to the other side has not been significant), SMRT has now set up its own private-hire arm, called Strides.

Strides will also be entering a year-long partnership with Grab, which will allow commuters to book rides through the latter's app. The partnership can be extended if successful.

SMRT has not ruled out working with other services such as Uber in future.

SMRT is not the only taxi operator clamouring for market share in the competitive private-hire space. Prime Taxi had launched its fleet of private-hire cars in 2014 while Trans-Cab is doing likewise, and Premier Taxi is considering it.

ComfortDelGro, the largest taxi operator here, is understood to be also observing developments, before deciding if it should enter the space.

As it is, the Government doesn't seem to be making any U-turn on its plans for Singapore to go car-lite, so traditional cabbies and private-hire drivers could find themselves allies rather than competitors in this vision down the road.

Together with electric scooters, bicycles and car-pooling services, they all form the alternative ecosystem to car ownership, providing ways for people to commute without having to own their own vehicle.

Besides, it may not be a bad thing for taxi operators to become more motivated to innovate and think of ways to improve their business processes to stay competitive - just like how they improved their booking services only after third-party apps joined the fray.