Tea-licious offerings at Nana's in KL 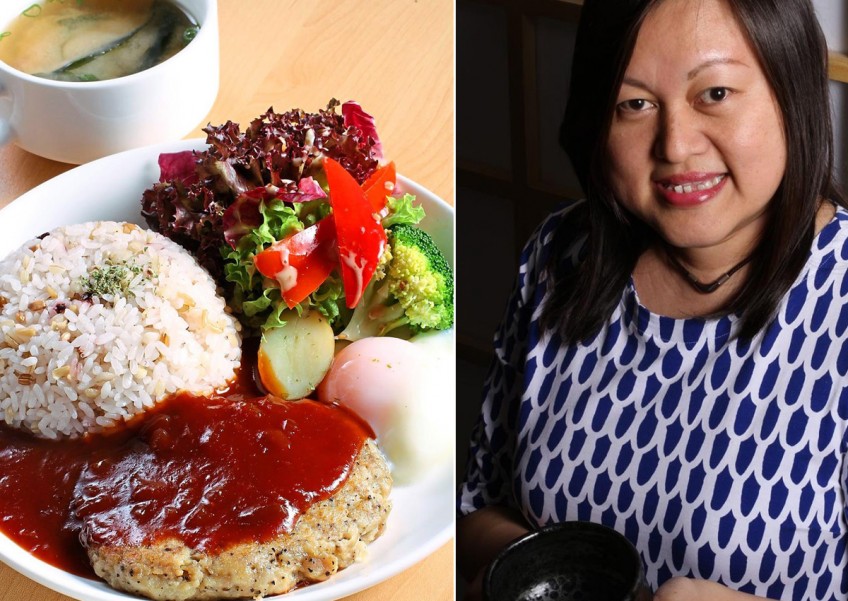 Once upon a time in the land of the rising sun, a man named Kazuto Kutami realised that things in his homeland were changing. Young people were hanging out at this funky place called Starbucks and most had forgotten the gilded history and tradition of Japanese tea culture. Some even said it was - gasp! - boring.

He knew he had to do something about it - quickly. So he did. And that's how Nana's Green Tea came to be nearly 20 years ago.

The brand is now synonymous with all sorts of green tea variations and has nearly 80 outlets in Japan. As green tea is its pride and glory, Nana's has its own tea plantation in Kyoto, where senior citizens are hired to hand-pick the best tea leaves for active duty.

Meanwhile, in Malaysia, an ambitious Japan-addict named Valerie Choo was thinking up ways to bring back a slice of Japan to Malaysia. Her travels led her to Kutami, who upon coaxing, agreed to let her open a Nana's franchise here.

"I said, 'Can I bring the brand to Malaysia?' I was so tired of going to Japan, eating and drinking all the delicious food and drinks there and coming back and thinking 'Wouldn't it be nice if we had it here?'" she said.

Choo's dreams came true in April 2014, when the first outlet opened in Gardens, Mid Valley. Nana's was an instant hit. Queues stretched outside the restaurant and wait times were staggering.

Business has been so good that three more outlets have sprouted up since - one more in Mid Valley, one in 1-Utama and the latest one in Pavilion Kuala Lumpur.

The drinks menu is similarly inviting, with a mind-boggling array of green tea drinks that promise to turn you a shade of green.

I'm not that big a fan of green tea, but I could drink (or in this case, slurp) gallons of the Matcha Shiratama Float. The float is rich and perfectly paired with a homemade matcha ice cream that's pillowy-soft with green tea flavours that are prevalent but not cloying. The shiratama - essentially balls made out of rice flour - are chewy and pliant, with a subtle flavour profile that doesn't detract from the main essence of the drink.

The Azuki Shiratama Soft Cream Latte is another stand-out from the drinks menu. The red bean at the base of the drink offers a lovely little textural surprise, and this is buoyed by a delightful homemade vanilla ice-cream.

If you're a dyed-in-the-wool green tea fan, you'll love the Matcha Kanten Slushy. While I personally found the green tea flavours a bit overpowering (I could literally feel it seeping into every inch of my palate) I can see how someone who loves green tea would adore this. And if nothing else, try it for the chewy, glassy Kanten (seaweed) jelly and black soybean.

The food menu, much like the drinks menu, seems fairly straightforward but every single dish has been well-thought out and put together with a deft hand. And there are lots on offer!

"There are more food items on the Malaysian menu because we told the Japanese chefs that Malaysians always want more variety," said Choo.

And Malaysians will find plenty to like on this menu. Take the Locomoco Hamburg, for example - a chicken patty doused in homemade tomato locomoco sauce served with warm millet rice on the side.

The millet rice is composed of pearl barley, wheat, red rice and a host of other grains, giving it a complexity of flavours that ticks boxes in both the soft and crunchy department (although it is admittedly a tad stodgy).

The patty is juicy and while a pleasure to eat on its own, is elevated by its awesome sidekick - the locomoco sauce. This is a rich sweet-sour tomato concoction reminiscent of a chutney that complements the chicken the way ketchup does with French fries.

If - like the majority of the population - the word "fried" brings tears of pleasure to your eyes, then the Chicken Nanban will be a treat for your senses. The crispy fried chicken fillet is sensational - thick battered, oozing with oily goodness, perfectly crunchy on the outside and succulent and juicy on the inside. A homemade tartar sauce binds the flavour components together like an orchestra led by a highly-skilled conductor.

I'm sort of saving the best for last here, because if you only eat one thing at Nana's, you must, must treat yourself to the Seafood Mentaiko with Cream Sauce (see top image). The udon noodles imported from Japan are voluptuous, springy and cooked to al dente perfection. The fat portions of seafood floating in the dish - scallops, prawns and squid - are also cooked really, really well.

But it is the sauce that is superlative - a watery bath so densely filled with red roe, that it has actually turned it a stunning coral pink. This is a sauce worth fighting over and believe me, your companion will want to steal it away from you. But you must be firm and share it with no one. This is one of those situations when you can be as greedy as Gollum as you guard this with your life, wrapping your hands around it and muttering "My precious."

To end your meal at Nana's on an ebullient high, try the Matcha Nama Chocolate Parfait. The dessert teases with contrasting textures and flavours that develop into an intense climax as your spoon ascends from bottom to top of the glass. There's Kanten jelly, matcha syrup, vanilla ice-cream, cornflakes, matcha ice cream, matcha chocolate ganache, red bean paste, whipped cream and a drizzle of Matcha syrup.

And then there's the Matcha Nama Chocolate itself - bitter chocolate blocks laced inside and out with matcha. These potent squares deliver maximum flavour and are perfect counterpoints to the rest of this dessert.

While Nana's Green Tea impresses in most regards, there are pockets of discontent. The Salmon Don - salmon slices propped on millet rice - is a bit one-dimensional, while the quite expensive Uji Matcha, the most traditional Japanese matcha green tea on the menu, is so bitter, it's almost off-putting.

But the lows are few and far between. It's clear that Nana's Green Tea: the Malaysian edition lives up to the exacting requisites of its Japanese original.

And those famed queues? If the standards remain this high, you might want to bring a good book to read while you stand in line.