The telco is dead, long live the telco 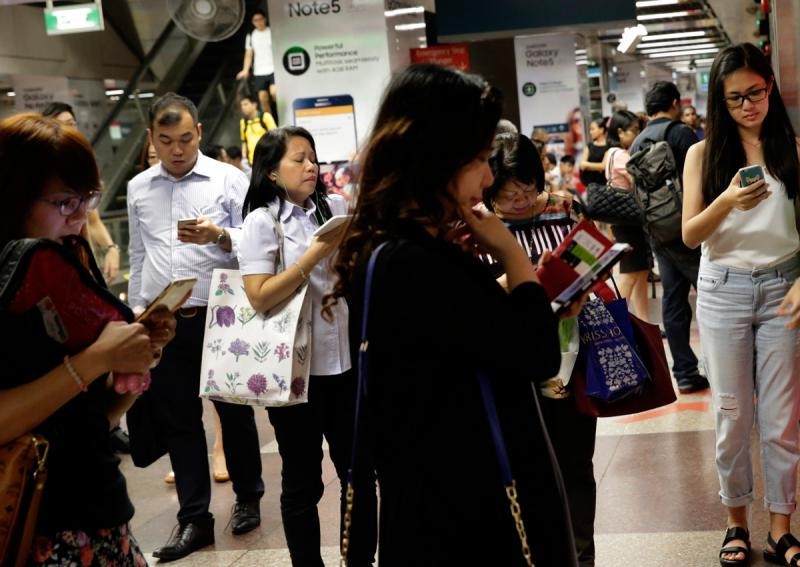 There is definitely no room for another traditional mobile operator in Singapore. Hoping for a tech-fuelled economic miracle by relying on the same old kind of operator is like the United States going from settling the Western frontier to launching a man into space while still relying on the horse and carriage.

What Singapore, and even the world, needs is a new type of mobile operator - one founded on a different set of digital and architecture moorings, assembling existing and emerging technologies in a new and transformational way.

Why is a new kind of telco needed? First, because we cannot deploy mobile networks the way the industry is used to. Building more macrocells to increase cellular coverage leads to increased interference from overlapping signals, diminishing performance in the long run.

The performance of mobile connectivity itself has to be held to a higher standard if we are to better support the Internet of Things and Smart Nation programmes. Connectivity is not just about larger bandwidth, but also low latency (permitting delays so tiny they are not noticeable to humans) and seamless coverage for devices anywhere and everywhere.

Nowhere is this better illustrated than in the Infocomm Development Authority's Heterogeneous Network (HetNet) trial currently being carried out in the Jurong Lake District, of which MyRepublic is a participant alongside the existing big three mobile operators. The small cell and pre-5G technology being rolled out there sets a new standard for always-available, always-fast connectivity for millions of simultaneous users.

Second, a fourth mobile operator must be lean and mean, with a focus on process automation and speed. Self-service is not a dirty word - not when it means better, on-demand customer service.

The ideal is an efficient "zero-touch" flow-through environment where no human should need to touch the process, minimising human errors and delays, streamlining operations and passing these savings to the customer.

Third, a next-generation fourth operator would look to extend the all-fibre Singapore National Broadband Network (NBN) to be fully "national" by using it to support our national mobile infrastructure - effectively and economically.

Thought technically unthinkable only a short while ago, the Jurong Lake District mobile trial has successfully proven and field-tested the NBN to this end.

What is perhaps most interesting is what the new kind of telco will not be doing: innovation in over-the-top (OTT) Internet services like online shopping, streaming and productivity services. These are typically acquired or incubated by traditional operators but are best left to the vibrant and independent layer of OTT players, whose relative importance is set to pick up steam over time.

Telecom operators - even a fourth telco - simply cannot innovate as well in delivering breakthrough over-the-top services as OTT pure plays can. Look at Netflix and Spotify, which offer the streaming of videos and music. It is a waste of money for a telco to try to compete - money that is better spent focusing on improving network intelligence, streamlining costs and improving core competencies.

Additionally, telecom operators are not likely to push the boundaries on OTT voice and video applications - not when they have a major source of revenue from traditional voice and set-top boxes.

They are not likely to strive to be the world leader in online business productivity applications when they have significant revenue from legacy circuit-switched enterprise services. They are not likely to drive industry-led Smart Nation initiatives when they are competing with the very same industry players for the services revenue that will accompany the mobile data revenue, as part of the Smart Nation rollout.

Ultimately, the new type of fourth mobile operator - by leveraging pre-5G technology, cloud-based process automation technologies and the Singapore NBN - would emerge as a focused, lean and mean, low-break-even business. In fact, operating with a lean business model would be crucial for its survival, considering a fourth mobile operator is expected to get no more than 10 per cent of market share.

Such an entry would compel incumbent mobile operators to react by accelerating their own transformation to become next-generation carriers, strengthening the industry overall.

The big three mobile operators in Singapore know what to do and how to do it, but it will take the disruption of a new mobile operator to force them to do it faster and get serious about turning Singapore into the world's best place to enjoy mobile broadband services.

At the end of the day, telecom operators are facilitators. The real stars of the show, the drivers of our nation's economic progress will be the transformed vertical industries and empowered next-generation cloud and solution developers.

Online shopping today could well evolve into an entirely end-to-end zero-touch process. New-generation Internet of Things apps will transform utilities, medicine and transport. What will the HetNet ideal of connectivity anywhere mean for mobile fashion and accessories?

That would be a Smart Nation.

This article was first published on April 14, 2016.
Get a copy of The Straits Times or go to straitstimes.com for more stories.