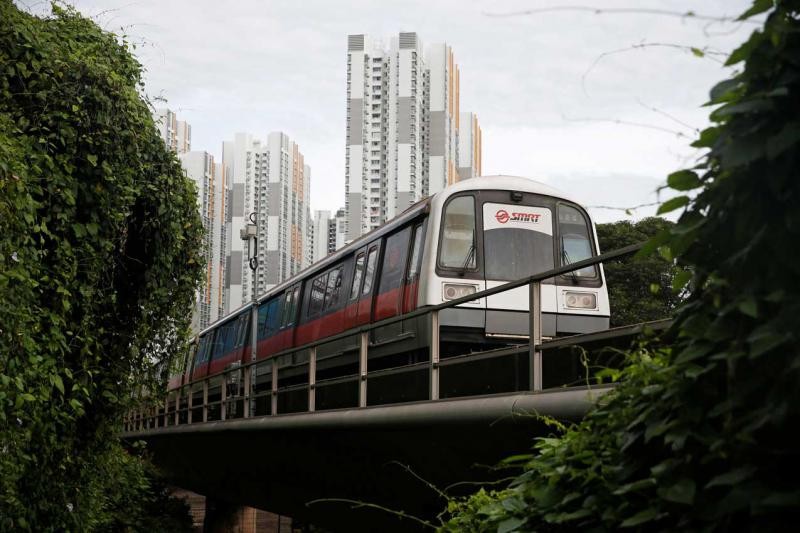 Three days after SMRT Corp unveiled the long-awaited details of a new rail plan that will turn it into an asset-light operator, its majority owner Temasek Holdings is doing the math for a possible takeover of the transport firm.

Sources say Temasek, which owns 54 per cent of SMRT, is mulling taking the company private.

Speculation - as it remains so for now - pushed the rumour mill into overdrive on Monday.

Analysts say the move would not surprise, given that SMRT is "going to be a very different stock in the future". Taking it private may be the best way to allow for the transition under the new rail model to play out; staying listed would have entailed putting up with having to put out quarterly updates and disappointing its shareholders with crimped operating margins over the period.

An observer said: "Who knows what SMRT would look like under the new, untested regime? There could be uncertainty and show-me-the-money expectations from the market - not the best thing for a firm under an untested regime change."

Last Friday, SMRT had asked for an immediate trading halt pending the announcement that it made later that day to sell its rail assets to the Land Transport Authority for S$991 million under a New Rail Financing Framework (NRFF).

On Monday, SMRT said that the trading halt would continue, pending a possible announcement.

When contacted, Temasek spokesman Stephen Forshaw would only say that he could not comment on market speculation.

Many analysts are appearing glum on SMRT's prospects post-rail reform, after having crunched the numbers based on the details.

The deal has been four years coming. Ironically, prior to this, it was a key catalyst for the stock on the back of - as it has turned out - grossly overblown expectations.

CIMB Research, referring to the lower Ebit (Earnings before interest and taxes) margin embedded in the framework, which had caught many by surprise, said: "High hopes have crashed into harsh reality."

Under its charge structure, which builds in a revenue-shortfall sharing and a profit-sharing mechanism, SMRT's Ebit margin will be capped at an average of 5 per cent. While the new structure eases up the volatility in SMRT's earnings, it also limits the upside - not a vaunted trait in the investing fraternity.

Besides, there is no certainty that SMRT will earn a 5 per cent Ebit. (The company itself has warned of this.)

It is also significantly lower than the 9 to 24 per cent margin SMRT was achieving in financial years 2012 to 2016 under the old framework, CIMB noted.

Still, CIMB deems the terms granted by the LTA as fair, as it would relieve SMRT from a S$2.8 billion capex burden; under the old framework, this could have driven the firm into insolvency, based on its limited equity base and high net gearing as at end March 2016.

SMRT will be cashed up post-reform, but here too, the asset sale is unlikely to tantalise from the dividend perspective, because much of that will be used to cut debt.

Macquarie Research reiterated its "Underperform" rating on SMRT stock and earnings forecast by 9-10 per cent for FY2017-FY2019, to reflect the lower-than-expected profitability under the new scheme.

"We believe the business is now worth S$1 a share and see an offer above the target price as a good exit opportunity in the face of eroding fundamentals," said Macquarie on street talk that SMRT was poised to be taken private by Temasek.

SMRT was last traded at S$1.545 just before the trading halt was called at close to noon on Friday.

This article was first published on July 19, 2016.
Get The Business Times for more stories.