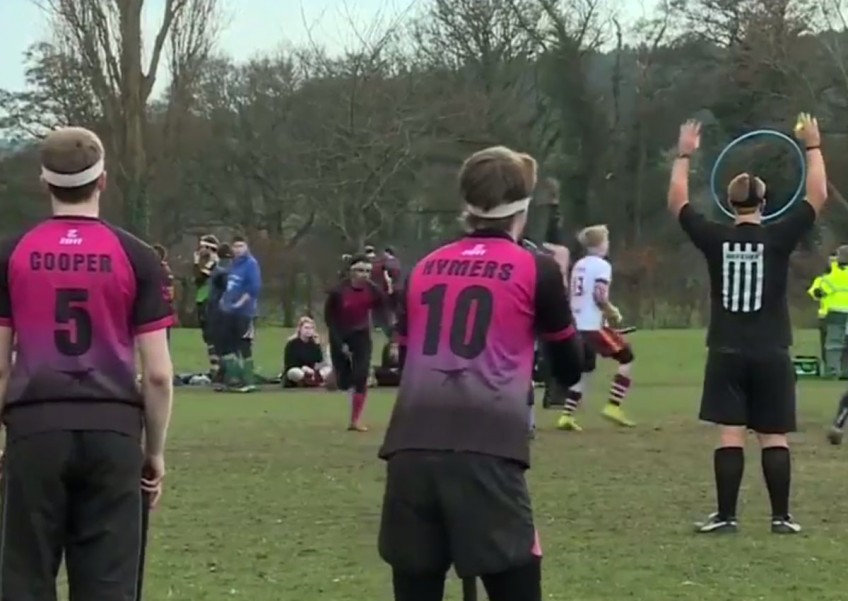 Teams from across the UK compete in the British Quidditch Cup which took place in Staffordshire in central England.
Video screengrab

Thirty-two teams from across the UK congregated in central England on Sunday (March 12) to fight for the fourth annual British Quidditch Cup.

The game, inspired by J.K. Rowling's Harry Potter series, sees teams of seven trying to score as many points as possible into three hoops.

"It's basically a mix of rugby, dodgeball, little bits of handball thrown in there. The best way to describe it is organised chaos," said Quidditch playerTom Heyes.

In Quidditch, two teams of seven players compete using four balls: three are used to momentarily knock opponents out of the contest and a "quaffle" is put through one of six ring-shaped goals to score. 2017's eventual winners were The Velociraptors who defeated the Bristol Brizzlebears 260 points to 60.