Tennis: Best season ever? Djokovic is making a claim 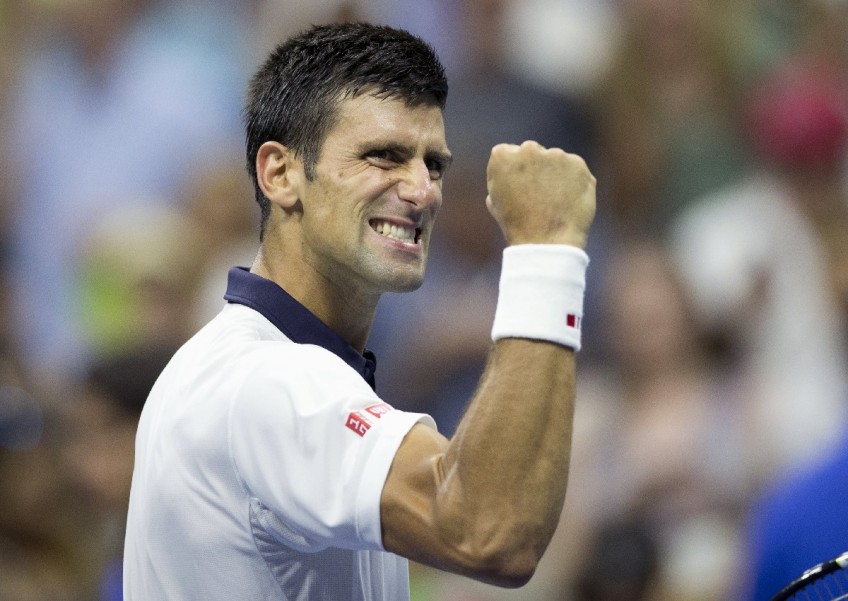 SHANGHAI - Men's tennis has not been short of astonishing feats in recent years but Novak Djokovic is eclipsing even the great Roger Federer and Rafael Nadal as his record-breaking season reaches a crescendo.

Two titles in two weeks in China, including the Shanghai Masters, show there's no slowing down for the world number one, who has climbed above the competition this year and keeps rising higher.

Record points and prize money and three of the four Grand Slams, plus an aura of surreal calm, mark one of tennis's best ever seasons - and all emerging from the most unlikely of beginnings.

Serbia was at war when Djokovic was a child in Belgrade, and he remembers dodging NATO bombing raids and practising his tennis in a disused swimming pool.

Those are experiences which he says keep him grounded as he methodically pieces together a career which could yet surpass anything seen in modern times.

Gluten-free Djokovic, who got married and became a father last year, says his current season is even better than 2011, when he also grabbed three Grand Slams and had a win-loss record of 70-6.

This year only an inspired Stan Wawrinka in the French Open final denied him a calendar-year Grand Slam, and he has nine titles already with the Paris Masters and World Tour Finals still to come.

With only five defeats and 73 wins this year, the 10-time Grand Slam-winner hasn't lost a set since the US Open final and has convincingly beaten Federer, Nadal and Andy Murray along the way.

"It's the best year of my life. No question about it. Everything is working great. I'm very grateful for the opportunity to be able to play this well, to be successful," he said in Shanghai.

"I don't want to get carried away by success obviously because I want to be playing on this level for many more years to come." Federer lost only four times in 2005, achieving one of the best winning percentages on record and winning two Grand Slams, but an ankle injury stopped him closing out the year in style.

The following season he won all the major titles bar the French Open, but a 2-4 record against Nadal prevented total dominance and pointed to trouble ahead.

John McEnroe had only three defeats in 1984, one of them in the French Open final, as he compiled the best winning percentage in the Open era of 0.965. Ten years earlier, Jimmy Connors went 93-4.

Now Djokovic has become only the third man, after Federer and Rod Laver, to reach all four Grand Slam finals in the same year and on current form, he has no consistent rivals to slow him down.

His points tally of 16,785, nearly double that of second-placed Murray, is a tour record, as is his prize money which is set to top $16 million.

Much more of this and it won't be long before he is challenging Nadal's tally of 14 Grand Slam titles and making a play for the big one - Federer's all-time record of 17.

"Every time I step on the court, knowing I've had an amazing record this season and also in these tournaments in the previous years makes me play my best and makes me come out on the court with less doubts in my mind, I would say," Djokovic said.

Just don't ask him how opponents can beat him.

"It's a good question, but I have no answer," smiled the Serb.