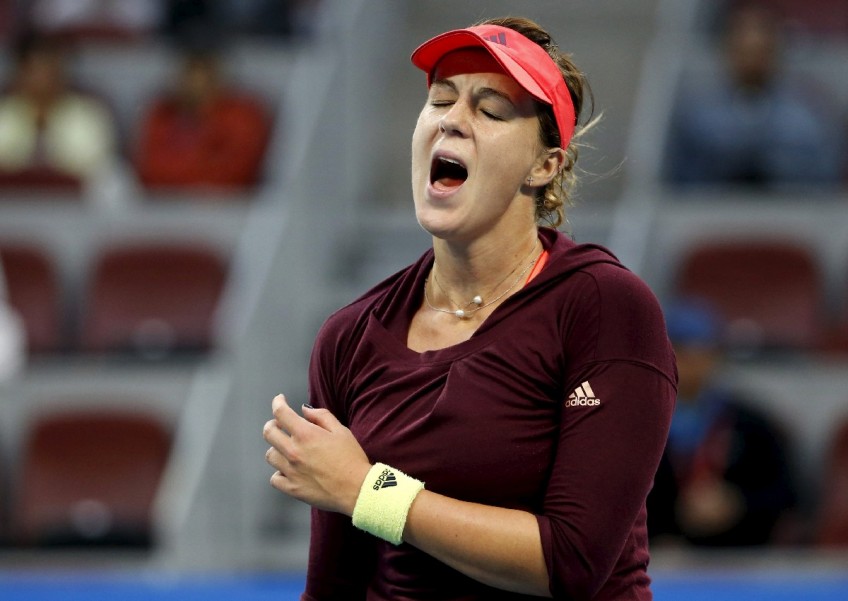 "I felt exhausted ahead of today's match. I have no idea how I managed to win it." Pavlyuchenkova took the opening set in 35 minutes and grabbed a commanding 5-2 lead in the second.

But Safarova, who needed to reach the semi-finals to claim a place in the season-ending WTA Finals, battled back to send the set into a tiebreak, which she won.

Early in the deciding set, Pavlyuchenkova took a medical time-out because of the problems with her ribs.

But the 24-year-old Russian still managed to regain the initiative to take the tie.

Italian third seed Pennetta cruised comfortably into the last eight with a 6-2, 6-4 win over Russia's Daria Gavrilova which guaranteed her place in the WTA Finals in Singapore.

But an hour later, the US Open champion withdrew from the rest of the Moscow event due to problems with her right foot.