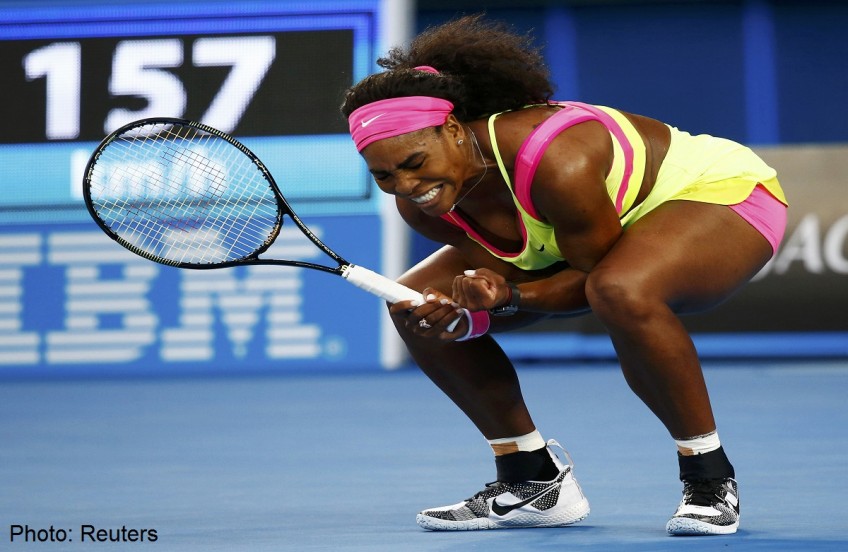 INDIAN WELLS, United States - Serena Williams, who was making her return to Indian Wells after staying away for 14 years, Friday pulled out of the hardcourt tournament with a right knee injury.

The world number one made her announcement on her Twitter account Friday night, saying she was disappointed that she couldn't finish a journey that started late last year with the decision to end her boycott.

"4 months ago I began a journey to play Indian Wells and it was amazing," Williams said. "I never dreamed I could do it. But I would not have been able to do this without my fans.

"Though it ended early due to injury this year, I have to say I cannot wait to try again next year. Thanks everyone. I love you so much!" She did not go into detail about the injury.

Williams' withdrawal means that third seed Simona Halep advances to Sunday's final, where she will face the winner of a Friday night match between Jelena Jankovic and Sabine Lisicki.

Williams was competing for the first time since her self-imposed exile began after she was heckled and booed when she won the 2001 final against Kim Clijsters. She also claimed the Indian Wells title in 1999.

The announcement comes as a shock to tennis fans in the California desert. Williams showed no signs of being hurt in her three previous matches and said several times over the last week that she now felt comfortable again playing at the tournament.

The injury also means Williams could miss next week's hardcourt tournament in Miami.