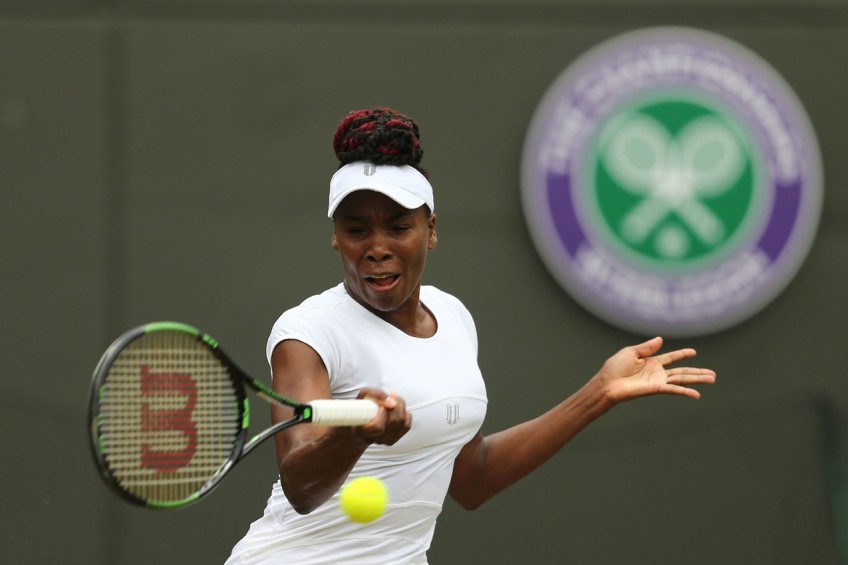 US player Venus Williams returns against Spain's Carla Suarez Navarro during their women's singles fourth round match on the eighth day of the 2016 Wimbledon Championships at The All England Lawn Tennis Club in Wimbledon, southwest London, on July 4, 2016.
AFP

Aged 36, Williams is the oldest to make the last eight since 37-year-old Martina Navratilova's run to the final in 1994.

Williams will be making her 12th appearance in the last eight at Wimbledon, and her first since 2010, when she faces Kazakhstan's Yaroslava Shvedova for a place in the semi-finals.

Venus, seeded eighth, was broken twice in the first three games of the first set, but recovered from 3-0 and 5-3 down to win it in a tie-break.

The American legend, who won the last of her seven Grand Slam titles at Wimbledon in 2008, needed just one break to win the second set.

Williams, an eight-time Wimbledon finalist, will be bidding for her first Grand Slam semi-final appearance since the 2010 US Open.