They're the elite winners 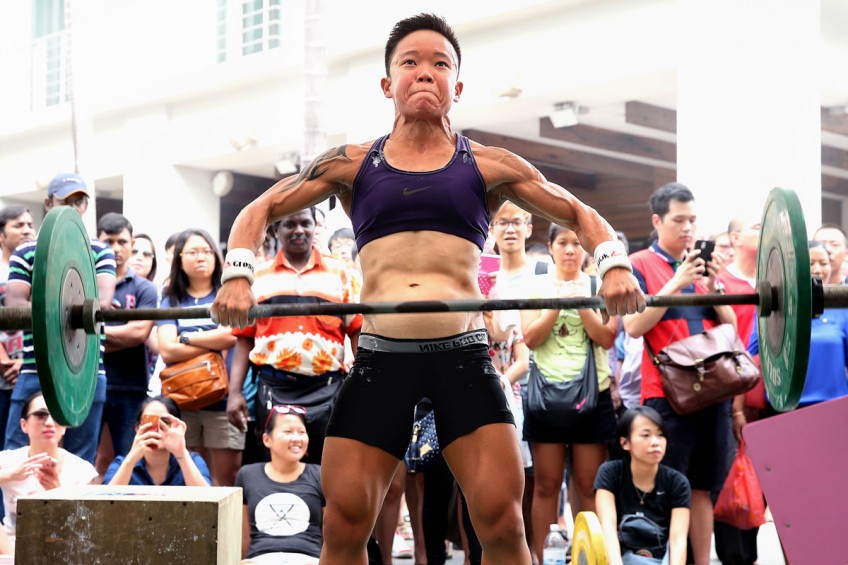 Ms Chew Feng Yi, 29, a civil servant, is the winner for the women's category in the ELITE 2015 Grand Finals.
The New Paper

A few months ago, Ms Chew Feng Yi had a knee injury that required surgery.

Despite that, she emerged the winner for the women's category in the ELITE 2015 Grand Finals, an inaugural competition that aims to find the fittest in Singapore.

Ms Chew, 29, a civil servant, said: "It's an honour to be the winner in the women's category.

"ELITE has been a challenging and great event so far, where there's a good mixture of fitness events, which is why I decided to sign up as I am a strong believer in functional, all-round fitness that's relevant to everyday life."

The Grand Finals cumulated at Bugis Junction yesterday, where athletes in three categories - Men's Open, Women's Open and Team - competed to win the title of "The Fittest in Singapore".

Ms Cheryl Tay, 29, the founder of ELITE, said she created ELITE 2015 to give people a purpose in their training while bring the community together.

On holding the event in a shopping mall, Ms Tay, a sports photojournalist, told TNP: "I wanted the public to be exposed to an event like this, to encourage them to lead a healthier lifestyle."

The top 10 men and women and the top five teams entered the Grand Finals after two qualifying rounds, Round 1 (Endurance) in April and Round 2 (Power) in July.

In the finals, they were put through six gruelling events that tested their endurance and strength, through a series of fitness tests such as weight lifting, push-ups, squats and box jumps.

Mr Farreez Rosman, 25, was second runner-up in the men's category, despite it being only his first fitness competition.

"It feels amazing to join this competition, which allows athletes from various sporting backgrounds to come together and compete.

"I never thought I could make it this far," said Mr Farreez, a personal trainer.

The CrossFit head coach said: "Winning this is a great stepping stone and we'll see what happens next."

The winner for the team category was Team Mobilus, whose members worked out together at CrossFit Mobilus.

Ms Landy Eng, 26, said: "It feels great to represent our CrossFit box and win the team category because it's like accomplishing something wonderful after so much hard work."

Ms Tay was overwhelmed by the response and support she received and hopes to hold the event again next year. "I'm thinking of doing this again next year but it'll be even bigger, better and with more categories so that more people can participate in a fitness competition like this."