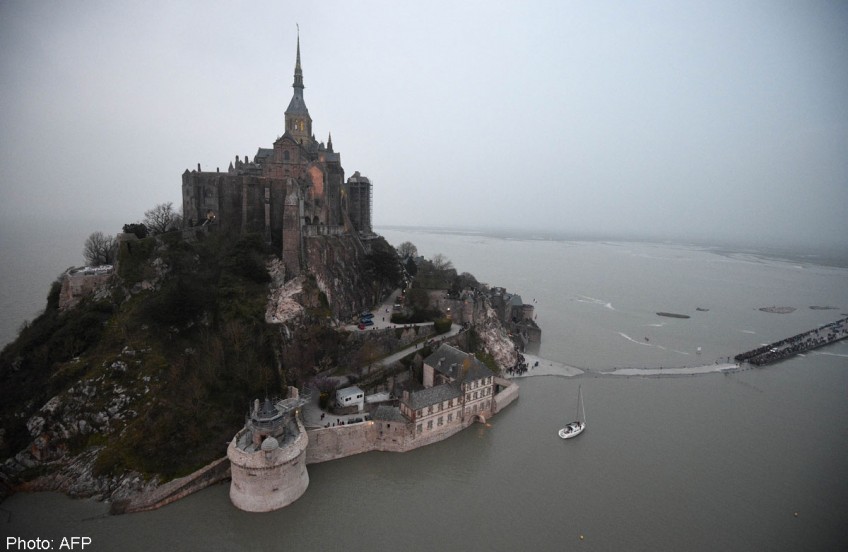 LE MONT-SAINT-MICHEL, France - Around 20,000 people flocked to Mont Saint-Michel on Saturday to watch what they hoped would be a "tide of the century" surround the picturesque landmark on France's northern coast.

Perched on a rocky island topped with a Gothic Benedictine abbey, the Unesco World Heritage Site is exposed to some of Europe's strongest tides.

But the high tide due on Saturday evening is expected to be exceptional because of the effects from Friday's solar eclipse, with predictions that it could reach as high as 14.15 metres (46 feet) - a wall of water as high as a four-storey building.

Officials at France's Navy Oceanic and Hydrological Service (SHOM) have urged caution, warning that the high tide, expected to peak around 2000 GMT, "will come in faster than a running man" and would pose a danger to people venturing out too far.

Some 10,000 people had already crowded onto the island on Friday evening, when the tide failed to reach the predicted highs.

Although dubbed the "tide of the century," the "supertide" phenomenon occurs once every 18 years.