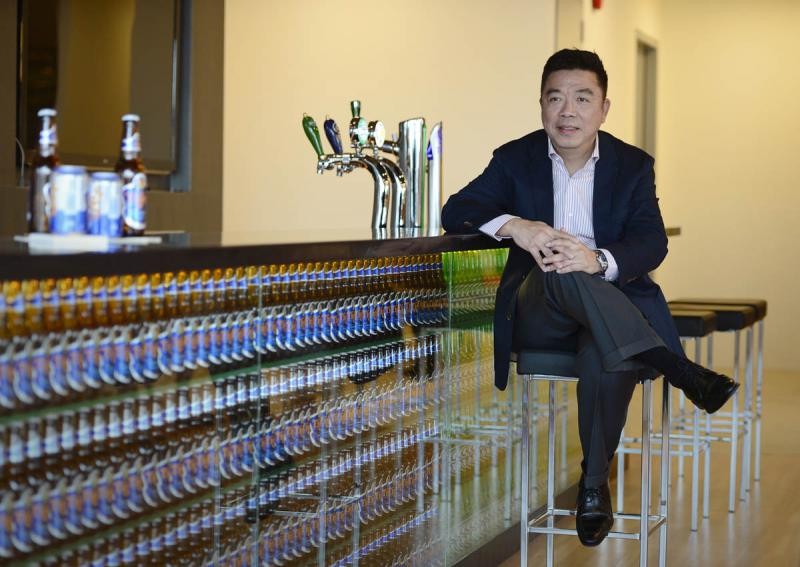 TAIPEI, Taiwan -- You could feel relaxed after getting off work just by enjoying a delicious stir-fried dish and a bottle of Tiger Beer, newly launched in Taiwan by Heineken Asia Pacific, according to a press release issued by the brewery.

The company recently invited Nine One One, a Taiwanese hip hop group, to promote the world-famous brand and will run a series of TV promotional ads, aiming to make Tiger Beer the most influential heavyweight in the Taiwan beer market this summer.

Since its roaring debut in Singapore in 1932, Tiger Beer has been a frequent gold medal winner at over 50 world beer competitions and is popular with consumers in as many as 64 countries in the world.

Kenneth Choo, an executive regional director of Heineken Asia Pacific, said that Tiger Beer has recorded annual growth of over 20 per cent and is expected to become a shining star among Heineken's beer lines.

"We show high regard for the Taiwan market, and expect our newly launched Tiger Beer to bring consumers brand-new taste and shock. We vow to make Tiger Beer rank among the top three brands in Taiwan's beer market by the end of 2020, which is our clear-cut goal," Choo said at the press conference.

Tiger brand believes that "there is a tiger in everyone's mind," and people can therefore muster the courage to explore their unlimited potential to meet whatever challenges facing them.

Accordingly, "Tiger Beer is the synonym of bravery" has become the band's slogan to highlight the bravery of Taiwan's young generation in challenging mainstream values.

Tiger Beer will demonstrate its bravery in challenging the unknown future, creating the extraordinary, winning glory and conquering the world, and will finally conquer all the Taiwanese consumers and become their most favourite beer product when they enjoy stir-fries dishes from street shops.