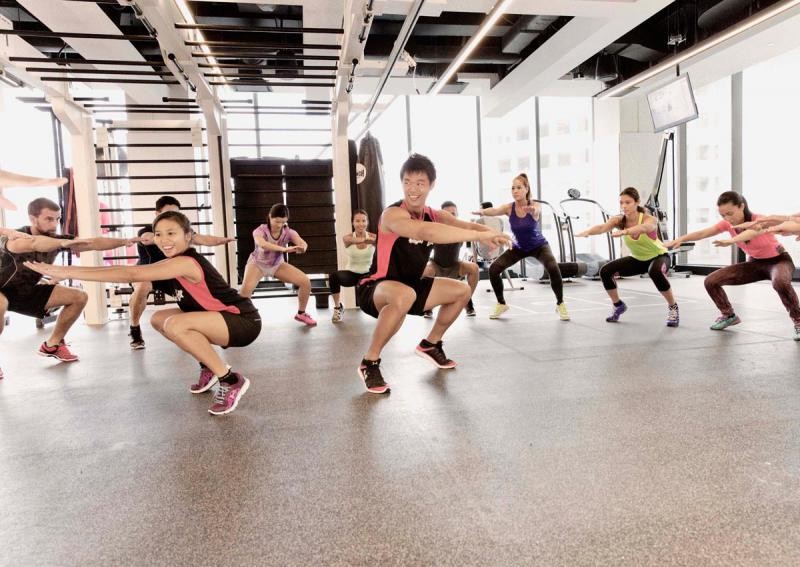 Even as some gym chains here are closing outlets, international gym operator Virgin Active is expanding in a big way, planning to pump in up to $100 million to open eight to 10 more clubs, mostly in residential areas.

One may be in the works in Orchard Road. Another two are slated to open in Tanjong Pagar and Marina Bay by 2017, with the others to open in the next five years.

Virgin Active founder Matthew Bucknall, who is spearheading the company's expansion into Southeast Asia, revealed these plans for the Britain-based company in an exclusive interview with The Straits Times yesterday. He said the clubs in residential areas will be smaller, and have more group exercise classes, though he did not reveal the locations.

"Group exercise here is twice the level it is in the United Kingdom," Mr Bucknall said. About 70 per cent of its over 3,700 members here participate in group exercise, a spokesman added.

The company, which now has a gym in Raffles Place, hopes to create 400 jobs at the upcoming clubs.

Having lived in Singapore for six years in the 1970s while his father was working in Malaysia, Mr Bucknall, 55, said he had to resist the temptation to expand in Singapore before the time was "right".

"The market is now more mature than when we first entered it in 2013, more similar to what we can see in the UK and Australia," he said. He noted that Singaporeans were brand conscious, and being under the Virgin brand was an advantage.

The chain, which is targeted at executives, is expanding at a time when others are pulling back as a result of rising costs and the weak economy.

Women's gym Vivafit said in March it had to close four outlets, while California Fitness recently closed its Orchard branch, and the True Group its Ocean Financial Centre branch. True Fitness will, however, be opening an 18,000 sq ft facility in Chai Chee in the fourth quarter.

A year-long Virgin Active contract will set a patron back by a $99 activation fee and $41.50 weekly. Other gyms can offer a year-long monthly membership for $80.

Virgin Active's Raffles Place club is not short on creature comforts, with high-end equipment, individual screens on every machine, sleeping pods for tired executives to recharge, and even a room that can be booked for business meetings.

Associate Professor Ang Swee Hoon, from the Department of Marketing, National University of Singapore Business School, said Virgin Active could be expanding precisely because of competitors pulling out. " If competition is not pulling out, then it's more challenging to expand," she said.

This article was first published on May 20, 2016.
Get a copy of The Straits Times or go to straitstimes.com for more stories.