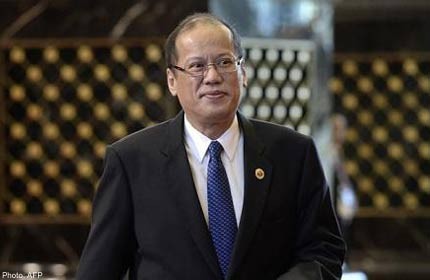 Last month, when the political allies of President Benigno Aquino performed well in elections for the Senate and House of Representatives, commentators were quick to hail the results as strengthening the Philippine leader's hand in advancing his political agenda.

Mr Aquino, who has overseen an economic revival during his three years in office, has already managed to gain congressional approval for several key Bills, including one raising tobacco and liquor taxes.

In the wake of the May elections, commentators noted, the President could now use his improved control of the Senate to introduce fresh anti-graft measures and establish a more efficient government procurement system.

Less noticed by foreign observers, however, was the fact that the election results also made it easier for the President to get congressional approval for a comprehensive peace agreement now being negotiated with Muslim rebels on the southern island of Mindanao.

Mindanao voters handed Mr Aquino a moral victory as well. During the campaign, he repeatedly toured Mindanao in support of candidates standing under the banner of his Liberal Party who were running for simultaneous municipal and provincial positions.

The resulting victories of such candidates, particularly in the predominantly Bangsamoro provinces comprising the Autonomous Region of Muslim Mindanao (ARMM), was significant.

"We are glad that the President's party mates have been elected," rebel negotiator Muhaquer Iqbal told the media. "We see it as something good for the peace talks."

Bangsamoro refers mainly to the native peoples of Mindanao and the Sulu archipelago. Known for their strong opposition to foreign rule during the Spanish colonial period in support of a self- governing Islamic state, the Bangsamoro have been at the heart of various rebellions against Manila dating back to 1969.

This one covered the extent of power, revenues and territory to be granted to a new Muslim autonomous region, to be called Bangsamoro.

By installing Mr Aquino's allies in important provincial and municipal positions on Mindanao, the recent elections have reduced the possibility that this agreement will suffer the fate of the one concluded in 2008.

Mr Aquino's problem is that he does not have an obvious successor to complete the peace process should it extend beyond May 2016, when his term in office ends. In the Philippines, presidents cannot serve more than one term.

Based on current popularity ratings, the person most likely to win in 2016 is Vice-President Jejomar Binay of the United Nationalist Alliance. So far, Mr Binay has shown little enthusiasm for the peace negotiations.

None of this will be easy. Several sensitive, and therefore time consuming, aspects of the Bangsamoro Framework Agreement remain unresolved. And while a separate Bangsamoro homeland might be popular on Mindanao, it is a tough sell among the Christian voters who form the majority of the population.

Moreover, just about every member of the Senate imagines himself a future president. As the elections draw near, few of them - whether they are Liberal Party members of not - will want to be associated with a move that may attract popular opprobrium.

If peace is to come to Mindanao, it will have to be before those senators start to focus on their own political ambitions.