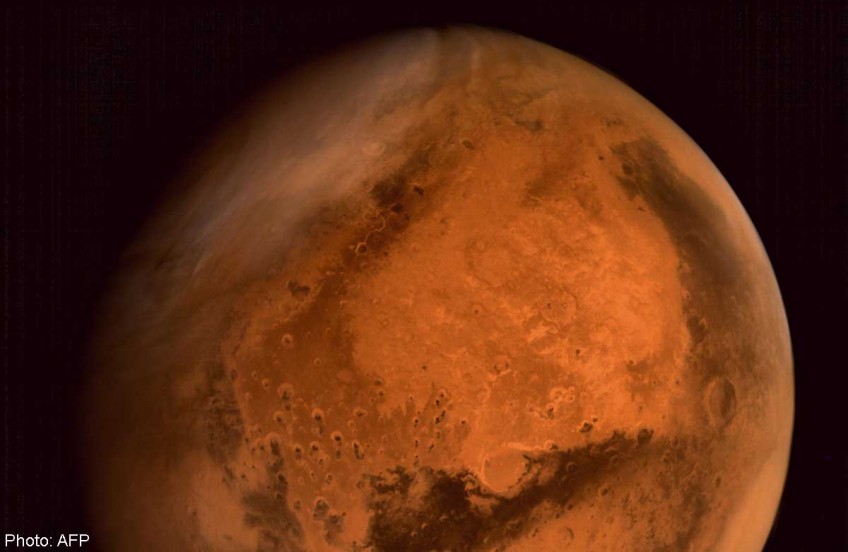 Until now, scientists have tried to find signs of extraterrestrial life by listening for sounds that might be emitted from an alien world, by scanning the skies with potent telescopes and by sending robotic probes and rovers to analyse the chemical fingerprint of samples from comets and planets.

But researchers in Switzerland and Belgium were interested in a new method.

Taking advantage of movement, which they call "a universal signature of life," they would aim to sense on a nanolevel the tiny motions that all life forms make.

They began to explore the possibility of searching for life with a sensor attuned to those nanoscale vibrations in microscopic organisms such as bacteria and yeast.

"The nanomotion detector allows studying life from a new perspective: life is movement," said Giovanni Longo, lead author of the paper in the Proceedings of the National Academy of Sciences, a peer-reviewed US journal.

"This means that the nanomotion detector can detect any small movement of living systems and deliver a complementary point of view in the search for life," he told AFP via email from Switzerland.

Longo, a scientist at the Ecole Polytechnique Federale de Lausanne, and colleagues at Vlaams Instituut voor Biotechnologie in Belgium devised an instrument that is smaller than a millimetre - just a few hundred microns in length - that can sense the smallest nanoscale movements.

They tested it on a variety of living things, including E coli, yeast, as well as human, plant and mice cells in the lab.

In all cases, when living organisms were placed near the sensor, they "produced an increase in the amplitude of the measured fluctuations," said the study.

Longo and colleagues also scooped up soil and water from the grounds near their Swiss lab and found that the sensor could detect tiny life there, too.

Researchers found they could manipulate the movements of the life forms by adding nutrients which the cells would consume, or adding chemicals that would kill them, making the motion stop.

"The detection system can be used as a simple, extremely sensitive, and weight-efficient 'life detector,'" the study said.

New way to look for life

The device has not been presented yet to NASA or the European Space Agency, but efforts are under way to write a proposal and make a prototype that could travel to space on a robotic vessel or orbiter that is hunting for extraterrestrial life, Longo said.

If it had been available to the ESA's Rosetta mission, which recently sent its Philae lander onto a comet for the first time and detected water and possible signatures of life in the form of complex carbon, it could have propelled the science one step further, "determining if these conditions are still harbouring life, in any form," Longo said.

If the world's space agencies find a way to use it, the detector could be used to search for life on the moons of Jupiter or Saturn, or on Mars, where it might help scientists recognise life exists in a form that they had not previously expected or understood.

The sensor could also be used to detect extreme life forms in areas that are hard to measure on Earth, such as volcanoes and the ocean floor, he said.

However, it could be years before the sensor is actually tested in space.

"It is rare that anything is 'simple' in the context of space exploration," said Ariel Anbar, a professor in the School of Earth and Space Exploration and the department of chemistry and biochemistry at Arizona State University.

Nonetheless, Anbar, who was not involved in the study, described the work as "refreshing" and a "fundamentally new idea."

"Motion-detection on such a scale has never been attempted before as an extraterrestrial life detection approach," he told AFP.

"If it is as technologically simple to implement as the authors claim, then it could be worth integrating into future mission concepts."