Toast to all things whisky 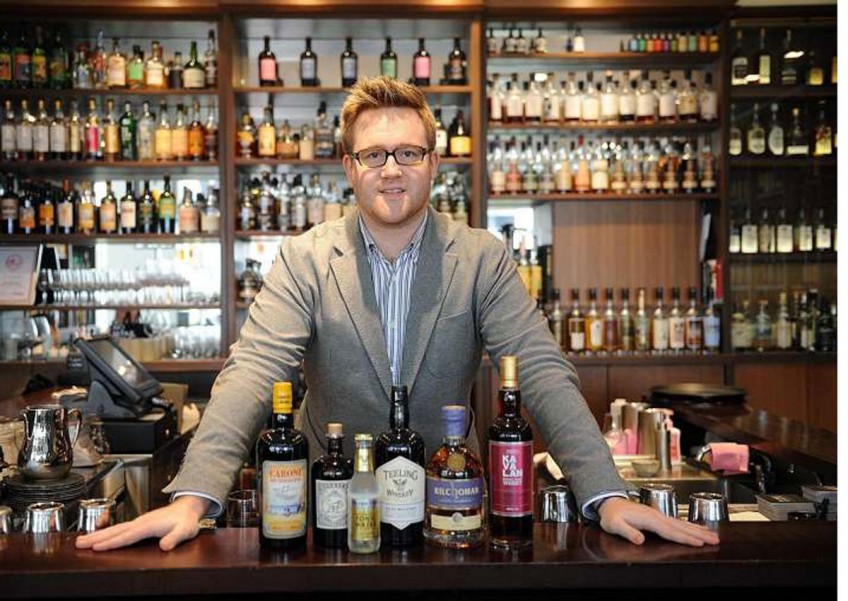 With about two weeks to go before the annual Whisky Live event, it is not too late to plan a whisky-filled weekend. The event, to be held at Capella Singapore on Sentosa, will take place on Nov 28 and 29.

Whisky Live will feature more than 90 brands, as well as 10 masterclasses ($35 each), where visitors can learn more about the spirits. Tickets are priced at $95 (one-day pass), $150 (two-day pass) and $250 (VIP pass, includes access to The Collector Room). There is also a night package priced at $990, which includes a night's stay for two people at Capella Singapore and two passes for both days.

The Collector Room, which debuted last year, is back with more rare whiskies, as well as vintages. Tokens redeemable for tasting drams will be sold at the entrance of the room.

Nine Singapore bars, including 28 Hongkong Street, L'Aiglon, Anti:dote and Sugarhall, as well as five restaurants, including Mexican restaurant El Mero Mero, FOC tapas bar and grill-restaurant Burnt Ends, will be shaking up the event with food and drinks.

The bars and restaurants will operate over five shifts during the two days. Each passholder is entitled to one cocktail and one food-tasting portion a shift.

The event is organised by La Maison du Whisky, which has a bar in Mohamed Sultan Road and distributes whisky and spirits in Singapore.

The 32-year-old Frenchman says: "Whisky had only one flavour 10 years ago. Now, the industry has developed the drink into a variety of flavour profiles. "

Some new tipples to check out at the event include Teeling Whiskey from Dublin, Ireland, from the first new distillery in the capital in more than 125 years; Kilchoman from Islay in Scotland, the first new distillery there since 1881; and Kavalan from Taiwan, which has gained global recognition since it was named the world's best single malt whisky by the World Whiskies Awards this year.

Mr Musnier says: "With many new distilleries opening, the pressure is on Scotch producers to put in more effort.

"But competition can only make the whisky better. There is also more price competition, which can benefit consumers."

Because of the shortage of single malt whiskies, blended ones have become more popular.

He says: "Blends used to have a poor reputation. Now, you can get as much pleasure from a whisky blend as you would a single malt."

While the event may be whisky-centric, it has evolved to showcase other spirits as well.

Rum, in particular, is very much "in its first few days" in Singapore, says Mr Musnier, but it is also gaining ground.

At Whisky Live, rum expert Luca Gargano will share his insights into the rum industry and introduce the range of premium rums from his company, Velier.

It owns some of the top names in fine rums, including Caroni (Trinidad & Tobago), Clairin (Haiti) and Uitvlugt (Guyana).

Mr Musnier says: "Rum's roots are in the Caribbean and new appellations have started to develop in the rum industry. India and Taiwan are producing rum too.

"There is growing interest from whisky collectors for rum, especially aged rum.

"People are always open-minded to try new things and it will be interesting to see how the rum scene here grows."

This article was first published on Nov 15, 2015.
Get a copy of The Straits Times or go to straitstimes.com for more stories.