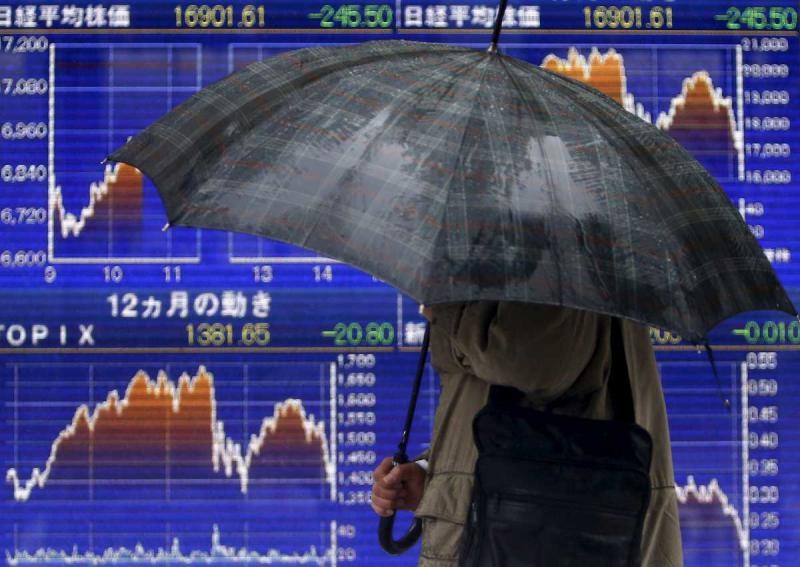 The firm, which operates the Uniqlo clothing chain, late Thursday estimated net profit in the fiscal year to August would tumble about 45 per cent, adding that warmer-than-expected weather also hit demand for Uniqlo's popular thermal underwear.

Its shares dived 11.36 per cent to 27,025 yen by the break on Friday, helping push Tokyo's benchmark index into the red.

The yen hovered around its highest level against the dollar in about 17 months, having erased most of its gains since the Bank of Japan last expanded its asset buying programme in October 2014 The dollar bought 108.61 yen Friday against 108.35 yen in New York, where at on point it fell as low as 107.68 yen.

"We can't see a bottom for the dollar-yen (rate)," Juichi Wako, a senior strategist at Nomura Holdings, told Bloomberg News.

Yahoo Japan bucked the downtrend, surging 4.61 per cent to 476 yen after Bloomberg News on Thursday reported that Verizon is considering buying a stake in the Japanese web company from US-based Yahoo.

On Wall Street, the three main Wall Street indexes closed at least 1.0 per cent lower on Thursday, with shares of large banks falling especially hard as the market girds for a tough first-quarter earnings season.