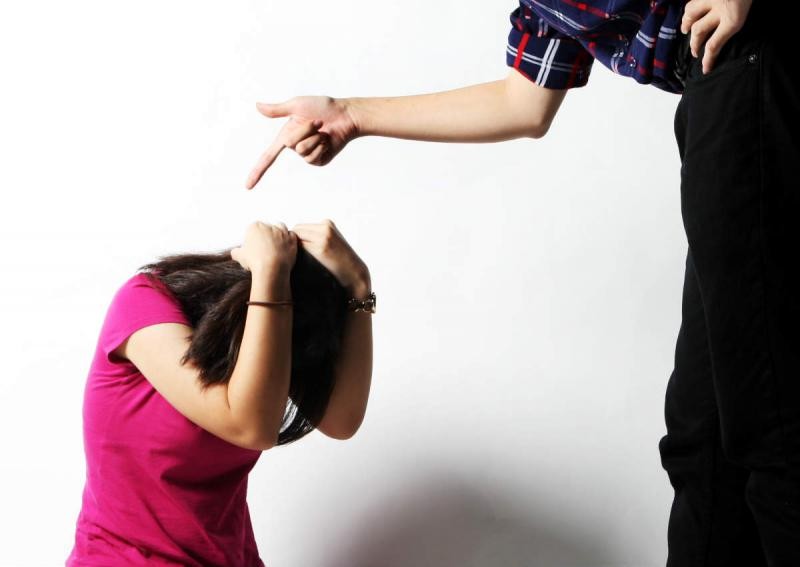 About two months ago, a 33-year-old prosecutor hung himself at his home in southwestern Seoul. A suicide note next to his body indicated that he had suffered extreme stress at work.

During investigation into the death of Kim Hong-yeong, his father and colleagues highlighted the severe verbal abuse and mistreatment by his boss as the reasons why he took his own life.

Text messages exchanged between Kim and his colleagues before his death were later made public, revealing that he had often complained about his boss's unreasonable demands.

For instance, Kim had said that when his work superior was heavily drunk, he would order him to come pick him up and take him home at night. Kim had also said that he wanted to commit suicide at least once a day whenever he heard his superior swearing at him.

"He scolded me throughout the entire office dinner. I smiled while he swore at me, to help myself withstand it, but he then swore at me more, saying I was too confident. I just can't stand it anymore. I want to die," one of the messages read.

The tragic incident sheds light on South Korea's prosecution, which is known for its strict top-down system. It is often described as "militaristic," resembling an army division, and often involves punishing working hours, demanding workloads and humiliation.

But this is not necessarily confined to the prosecution, as many South Korean workers can identify with the challenges Kim's faced: a militaristic corporate culture and rigid hierarchy at work, to which they are expected to be obedient.

While there have been efforts to change this culture, the top-down approach largely remains in many areas ranging from private corporations to academia.

According to a survey on 889 Koreans released by the job portal Incruit in April, 71 per cent of respondents said that they had experienced a militaristic culture at school and work, with 21 per cent of them describing it as "rampant."

As examples of a militaristic company culture, they cited the authoritative manner of superiors, patriarchic owner-focused structures, superiors' exercise of absolute power and an oppressive atmosphere in which they cannot speak up.

In another survey of 2,819 employees by the job search engine Saramin, 15.3 per cent of Koreans said that they had suffered physical abuse at their workplaces. Among them, 72.9 per cent said it was their superiors who had inflicted such abuse.

Kim Min-soo, 32, who has worked as a journalist for five years, said he was constantly told to do things without asking questions.

"I was assigned to work that I was not in charge of, but I was still forced to do it without talking back because I would have been scolded otherwise," he said. "I was even asked to throw away trash from my superior's desk, basically running personal errands for him. Many people know it is unreasonable, but they adjust to the atmosphere so as not to be isolated or bullied."

A US citizen, who wanted to be identified as Nicole, said that the business culture here is still rigid in that low-ranking employees are forced not to challenge the status quo.

"In the US, I was asked for input and ideas. They were valued even though I was a new and young worker. But here, people told me to keep quiet and do what I was told," she said. "It led to a lot of unproductiveness."

When faced with the army-style corporate ladder, many young workers give up tolerating what they see as unreasonable treatment.

As the cause, pundits have pointed to the growing gap between the baby boom generation born and raised under the military-backed governments and those younger, who are more educated and influenced by democratic and globalised values.

According to a recent survey on 306 firms by the Korea Employer's Federation, 27.7 per cent of newly hired employees quit within a year in 2016, up 2.5 per cent from 2014. The poll showed that 49.1 per cent of them quit due to a failure to adjust to organisations. Some 20 per cent of them did so because they were discontented with the pay and welfare at the company, and another 15.9 per cent had complaints about their work environment.

Mike Cha, who was mostly brought up abroad, is one of them. He left his job as a product and business development manager and started his own company a year ago.

"(On hindsight) if I had a voice (at work), it would have at least helped me feel like I was contributing to the greater good," he said.

"But the biggest problem of Korean top-down business culture is that there are numerous cases where leaders make executive decisions and don't take the fall for their consequences," added Cha.

Kim Bit-na, 25, who quit her job at a law firm last year, said that she could not stand being treated like a "plaything" at work, not as a member of the company.

"I was forced to sing or dance in front of seniors only to entertain them at office dinners. When such a thing is already the culture entrenched in the organisation, it is difficult to resist," Kim said. "I think such a militaristic work culture is probably linked to corporate governance dominated by males."

"But women tend to assimilate themselves into such a culture to professionally advance in the competition," she said. "My former female superiors would ask new employees to follow their ways, saying what they had been through was even worse."

As of June 2015, women account for only 2.3 per cent of executive positions at the 500 largest companies, according to data compiled by CEO Score.

"The authoritative company culture is directly related to bullying in the workplace," said Gu Mi-young, a researcher at the Korea Women's Development Institute, citing her research on 1,000 workers in the service industry. "Those at the bottom of the power game like women and irregular workers are most vulnerable to the system."

Jeong Ki-hoon, a 29-year-old engineering student in a doctorate course of a prominent university in Seoul, said that the top-down culture also exists in academia where creative ideas are encouraged.

"My team runs based on a sense of brotherhood, father-son like relationships and taking care of each other, but it inevitably leads to a rigid to-down culture," Jeong said. "Seniors often ignore juniors' opinions, citing their lack of experience, but take all the credit when the results are good."

Jeong doubts whether a generational shift can bring a change to the hierarchical culture.

"When I was a junior, I promised myself that I would not do the same to my juniors," he said. "But thinking of what I have been through, I sometimes see myself behaving like my superiors (such as by) asking juniors personal favors and justifying myself."

But Kim Woong-ki, a 29-year-old working for one of the biggest family-run companies here, noted that the top-down corporate structure is not always bad.

"I think it is a highly effective structure that juniors follow orders from experienced, skilled leaders. Making a decision that can satisfy everyone would take too much time and money," Kim said. "With desirable leaders in place, subordinates can feel fulfilled and rewarded under the top-down system."

"But problems occur when superiors oppress juniors with power and force rather than their expertise and experience."

What also distresses him are the levels of hierarchies that require numerous approval processes and extensive steps of reporting to superiors. His ideas are often lost in the middle, he said.

Park Su-jin, a 28-year-old primary school teacher, said the Korean education system that focuses on rote-learning might have contributed to creating the top-down culture in Korean society.

"I thought being a good student was doing as I was told when I grew up," Park said.

"But now I realise that the educational system oppresses students who stand out, or are outspoken and critical in class, pushing many of them to become more passive."

"The education system doesn't really allow students to freely speak up and discuss things, especially due to tight schedules to prepare them for exams," she said. "Teachers including myself are used to it because we have been taught that way our whole lives."

Experts point to the nation's rapid industrialization under the authoritarian governments in the 1960s and 1970s, and also all able-bodied men's collective experience of serving in the military, as the reasons for the military-driven culture in society.

"I think that the primary basis for the corporate culture can be traced to Koreans' mandatory military experience, coupled with strong patriarchy they have learned at home, school and work," Lee Byung-hoon, a sociology professor at Chungang University said.

"As they climb up the social ladder taking top positions, the militaristic culture lives on."

"Such a culture will only slowly change, if at all, when institutions are revamped according to growing awareness on human rights and democratic values," he said. "Harsher punishments for those abusing their authority and education are needed."

Jeon Sang-gil, a professor teaching business administration at Hanyang University, stated that the top-down corporate system was once a useful strategy to rapidly develop the economy from the 1960s to 1990s.

"Taking orders and getting things done to achieve goals was a driving force behind Korea's rapid economic growth," he said.

The industries behind Korea's economic development, such as manufacturing, steel, shipbuilding and construction, tend to have more military-style leadership, he said, while the entertainment, tech and game industries usually have a more flexible work culture.

He pointed out that Korean companies need to rethink their once-effective top-down management model in the face of growing global competition and the fast-changing business environment.

"Korea is now in the position to become a first mover rather than follower. So companies should have more innovative, flexible and flatter company cultures to encourage freer communication," he said. "It is a matter of survival for the country that has nothing but human capital."

To revamp the top-down working culture, companies' wage and reward system as well as evaluation system should all be performance-based rather than based on time, he noted.

As part of efforts to find new growth engines, some companies like SK Telecom and CJ Group have started simplifying job titles to promote the flow of innovative, creative ideas. In Korea, most employees address each other by their titles, not their names, which experts see as further consolidating the top-down system.

Its plans did meet some skepticism, with critics questioning whether removing titles would be enough to shake up the seniority-centric atmosphere.

"Many companies drop job titles to nurture flatter corporate culture, but the policy still focuses on changing the followers, not the leaders," said Kwon Sang-jib, a business administration professor at Dongguk University.

"Without leaders putting down their authority and setting an example, it is difficult to truly reform the corporate culture."

He noted that the changing expectations among the younger workforce are challenging companies to reform their top-down model, citing how an increasing number of young Korean workers are attracted to foreign companies.

"As long as conglomerates hold on to the old-fashioned company culture, talented young individuals will look away and find opportunities elsewhere," he said.