Like many other South Korean newlyweds, YouTubers Hong Seuk-nam and Kim Hyun-young headed to Southeast Asia for their honeymoon. But rather than lounge on a Thai beach for a week or two, the pair embarked on a year-long trip that spanned 27 countries and five continents before ending in Mexico.

It was a fitting celebration for veteran television travel reporter Kim and her husband Hong, who had long dreamed of seeing the world. Indeed, it was during a month-long trip to the United States while they were still dating that Kim knew she had met her future husband.

“I knew I could spend the rest of my life with someone who also wanted to venture to new places every day,” says Kim, 31, who works for the Korean Broadcasting System.

Drawing on her experience working for the national broadcaster, the pair documented their adventure, which included months of volunteering in schools and community centres, on their YouTube channel doitbubu (“do it couple”) – gaining close to 12,000 subscribers and millions of views and becoming mini-celebrities.

While the Covid-19 pandemic has clipped the pair’s travel wings, they point out there are plenty of wonders within South Korea comparable to anything they saw on their trip.

“If the grandeur and scale of some of these places abroad made us gasp with amazement, places in South Korea have a certain charm and sense of jung, or affection, that makes us want to visit them again,” Kim says. “You feel it every time someone gives you food or presents to take home when visiting a place.”

Here are the couple’s five most memorable stops on their honeymoon, and five comparable places within South Korea.

Hong: “In the southernmost part of Portugal, overlooking the Atlantic Ocean, the view of the water was surreal on top of picturesque cliffs high off the ground. It’s easy to take a walk on a well-designed trekking path atop the cliffs while taking in a view of the surroundings for hours.”

And its Korean alternative: Baengnyeongdo Island

Kim: “I went here to shoot one of my travel television programmes, and I remember being stuck on the island for five days. It is not a well-travelled place, as you can only visit when the weather permits boats to travel. Consequently, the island boasts not a lot of people but a lot of nature. I still remember the cliffs along the coast of the island.” 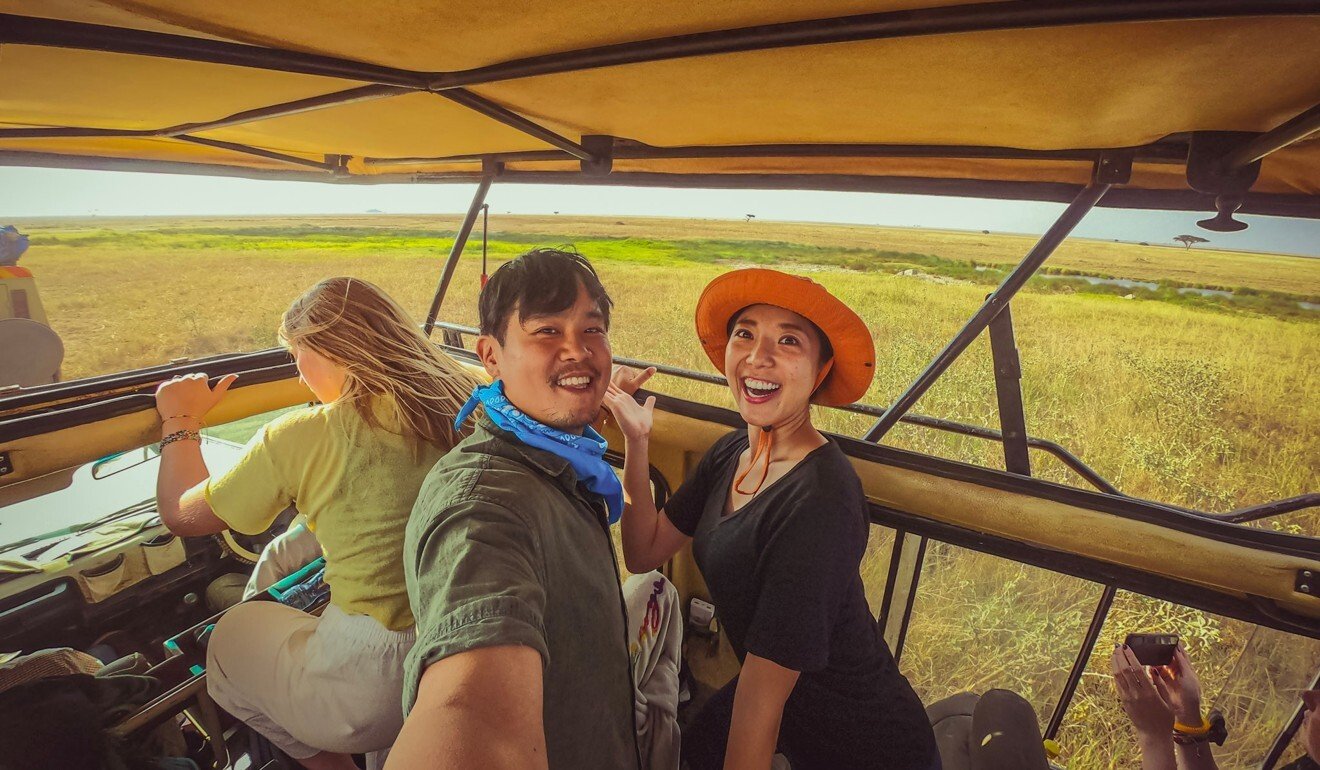 Kim: “We visited the national park after watching the newly released Lion King movie last year. I couldn’t help but sing Circle of Life as I saw hills and fields that were the inspiration for scenes in the movie. And, during sunrise, I held back tears as I saw thousands of wildebeests running through the fields in their herd migration.

“You really get the sense that you are right in the mix of nature – as one of our friends from Spain was startled after locking eyes with a lion while taking a midnight bathroom break.”

Hong: “An oreum, in the Jeju dialect, refers to a cone-shaped hill that is actually a defunct volcano. Called the “queen of oreums”, Darangswi Oreum has a crater in the shape of a full moon – and, unlike other oreums, this one has a lot of horses that are freely roaming the fields and feeding on grass.”

Kim: “During the five hours that it took to reach the top, we enjoyed a scenic trail that was mostly flat and had a good view of the peak throughout most of the hike, so the hike didn’t feel boring or hard. A pool of water from the melted glaciers makes an adequate swimming pool for people who brought their swimsuits.” 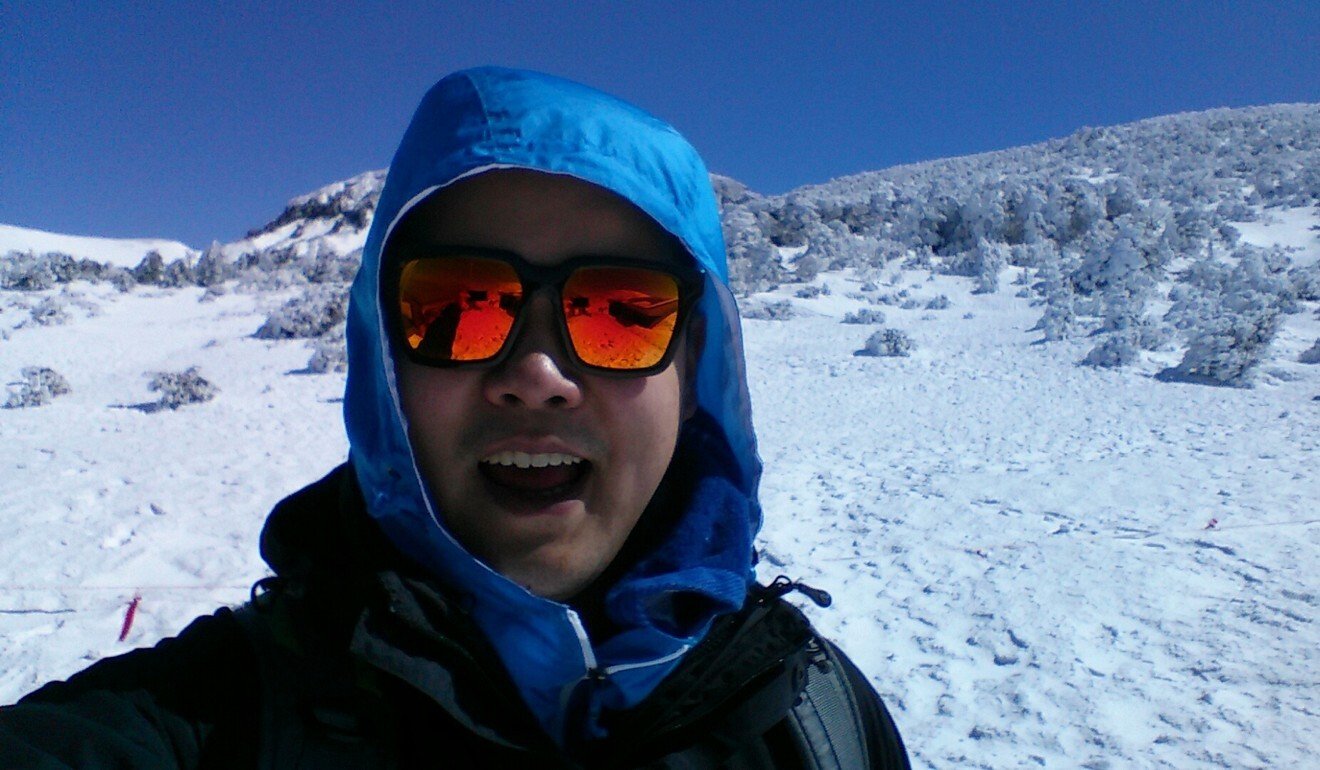 Hong: “Taking a similar five-hour hike up the mountain at the centre of the island in March, I felt like I was in a white kingdom filled with snow and pine trees. There is also a pool of water at the top, Baekrokdam, that you only get to see if it rains or snows the day before your hike.”

Kim: “We felt like we were staying on a deserted island, with nature as our only companion. There are no hotels, so you need to rent one of the few tents available for the limited number of guests, and food is found only in the island’s restaurant. We spent all day snorkelling in crystal clear water and sleeping in our tent, which made it feel like we were in the wild.”

And its Korean alternative: Marado

Hong: “Being South Korea’s southernmost point, the small island is 8km off the south coast of Jeju Island. It’s a place that you can only see when the weather is clear. It is a natural reserve that only allows electric cars, so many residents drive go-karts. There are only a few businesses and restaurants on the island as it’s one of the most preserved regions in the country.”

Kim: “Looking down on the city from the hillside, you see houses with the same golden rooftops, while the sea and the sky seem like they are connected, making it feel like you’re in heaven. The sea, which has a purple glow towards the evening hours, is the perfect place to swim as it’s not too salty.

“I also remember hearing about a quote from the famous Irish playwright George Bernard Shaw, who said, ‘Those who seek paradise on earth should come to see Dubrovnik’.”

Hong: “Known for its terraced rice paddies on a steep hill, farmers here made a field going 108 steps up instead of flat on the ground. So, when you are looking from the top of the rice paddies, you get an overlook of the green fields and a picturesque farm village just off the coast of the sea. There’s nothing like it in our country.”