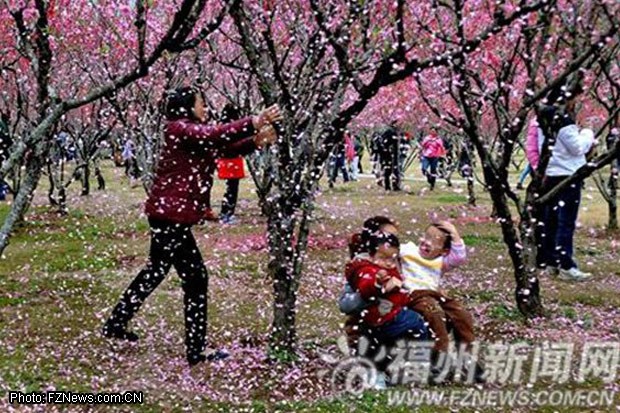 Chinese tourists are sometimes known for their ugly behaviour when they visit domestic or foreign beauty spots.

In this case, a woman and her family in Fuzhou, Fujian province angered the public by shaking a peach tree in order to take photos of the falling rain of petals.

The woman, identified by fznews.com.cn as Yi Mu, and another female family member shook a total of five trees at a national forest park in Fuzhou on March 7.

While other tourists tried to stop them, the woman said that "the flowers would fall anyway".

A Web user named Yinshui Siyuan on qq.com called for the public to condemn and stop such uncivilized behaviour immediately, instead of indulging them or exposing them later online.

"We must say a loud 'no' to them, because if we don't take measures against the barbaric behaviour, there will be less beautiful things around us," Yinshui Siyuan said.