Digital nomads turn to 'transformative travel' to find themselves

Transformational travel enables people to break away from the stresses of modern life.

David Casey was in his early 20s, a fresh University of California, Berkeley, graduate, when he first encountered the gift economy through the phenomenally successful Couch Surfing website.

He was blown away by the way the site offered global access to a shared resource pool.

At the same time, he began to discover the underground network of self-discovery spaces where people could learn about different lifestyles, skills and trades.

It was a journey that would lead to NuMundo (numundo.org), an online network that enables personal transformation through travel.

"I was meeting a lot of travellers and realising that I was an expert on these [personal transformation] spaces," says Casey, CEO and founder of NuMundo. "People I'd met only once or twice were affected by the conversations they'd had with me and emailed later asking for recommendations of places to go. After the 200th email, I put a list up online."

A year on, in 2013, that list became the foundation of Numundo, a platform connecting people with what he calls "impact centres" - farms, eco-villages, social projects and communities around the world. He was in part influenced by his experience of Vipassana, an ancient Indian meditation technique. No one involved in the teaching of Vipassana receives any money, and there is no charge for students.

"All expenses are met by donations from people who, having completed a course and experienced the benefits of Vipassana, wish to give others the opportunity to benefit from it also," reads website dhamma.org that connects people to Buddhist centres around the world.

"In our normal capitalist world, we think of these systems as utopian, but not practical," says Casey. "It was a really powerful learning experience for me to see that there are other models that work well." He met one of his co-founders, graphic designer Erika Logie, in an eco-village in Nicaragua, Central America. They teamed up with a programmer, Lukas Sommer, and applied to Start-up Chile, a public start-up accelerator created by the Chilean government for global entrepreneurs.

"We are growing pretty quickly. We doubled locations this year and now list 750 impact centres," says Casey, speaking from Guatemala in Central America.

Casey describes himself as "fully nomadic" and has the passport to prove it. Next, he will be in Costa Rica, then Mexico, followed by Prague in the Czech Republic and then Berlin in October. "I don't have a permanent base. There isn't any place I have to be," says the 33-year-old.

He is a fully fledged "digital nomad", one of a growing number of people who is making a living from their laptops.

"For maybe the first time in human history, people do not need to be in one place, they can be free to be where they want and stay in that lifestyle as long as they like. It's about ecologically minded growth," says Casey. 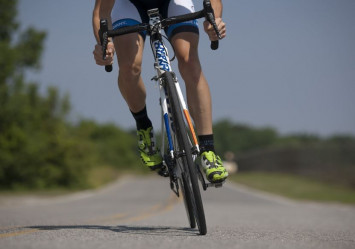 The Nomad List (nomadlist.com), founded by Pieter Levels in 2014, finds the best places to live and work remotely for digital nomads, based on cost of living, internet speed and other data. It is free to access the site and check out country listings and for a small fee users can connect with a community of more than 10,000 people.

Hong Kong comes in at No. 26, scoring high on internet access, places to work, walkability and fun, and just "OK" for happiness, cost of living and being "female friendly". The city scores badly for "racial tolerance".

"Transformational travel" goes hand in hand with the digital nomad. It is travel with the intention of self-discovery. Casey says it's nothing new; the Sufis, Islamic mystics, espoused travel as a spiritual technique.

"The modern [transformational] trend is a millennial thing, it comes out of the disconnect with the more traditional travel experience: [going to] the same restaurants, same hotels. There's a shift from valuing possessions to valuing experiences. There is the realisation that we cannot take material things with us when we die," says Casey. The bulk of the centres listed in Asia on NuMundo are in Japan, in part because the company has strong partners in the country, and the website has been translated into Japanese.

Among the 36 centres listed in Japan are organic and permaculture farms, meditation retreat centres and "forest bathing" centres. Brown's Field in Chiba, just outside Tokyo, is an eco-retreat with an emphasis on food, farming, community, and an agri-centric lifestyle; and Yakushima Soul Navigation is a nature retreat that offers meditation and holistic health.

Having recently spent three weeks in Shibuya, in downtown Tokyo, Casey is acutely aware of the pressures of city life on residents and sees many of the "impact centres" as offering affordable retreats for those who are close to burning out.

"I see the rising suicide and depression rates in Japan as a solid indicator of those pressures. I understand it's a similar story in China and South Korea," says Casey.

He points to Dragonfly Village in Ubud, Bali as a good retreat for those looking for an escape from the city. It's a holistic health centre set among rice paddies that offers yoga, detox and fasting programmes.

"Many of the places in our network offer a chance for rehabilitation from modern society. The increasing use of antidepressants and cases of suicide are a result of a disconnect from nature, community and the tribal society. Especially in Asia, I see people being isolated, living in individual cells, and increasingly living in the digital world," says Casey. He points to co-living and co-working space Nonce, in Seoul, as an example of people recognising the challenges of modern-day living and taking steps to support each other. The 50 residents of Nonce all work in blockchain - a potentially stressful and isolating field. Instead of working alone, those in the blockchain field can stay at the centre for US$20/night and for an additional US$20/day can use one of the co-working "hot desks" enabling them to be connect with others.

"Nonce is a community of blockchainers and cryptocurrency programmers. Most of their daily life is interacting with computers and they saw a need to come together and build a real-world community," says Casey. "I expect to see their model taken up by others in Asia."

NuMundo is the only platform of its kind, but there are others doing similar things. Retreat Guru (retreat.guru) is a retreat marketing and management platform - it has even got a few Hong Kong yoga teachers on its site, including Patrick Creelman from Pure Yoga and Dani Burns, a yoga and aerial yoga instructor.

The site suggests yoga and health retreats for those looking for a break. Casey, however, believes NuMundo is about looking longer term.

"A holiday is something you go to and come back from. NuMundo is about having an experience that opens the gate to the next experience. Each [experience is the] next step to the lifestyle you are looking for - there is no going back," he says.