Footloose on a shoestring budget 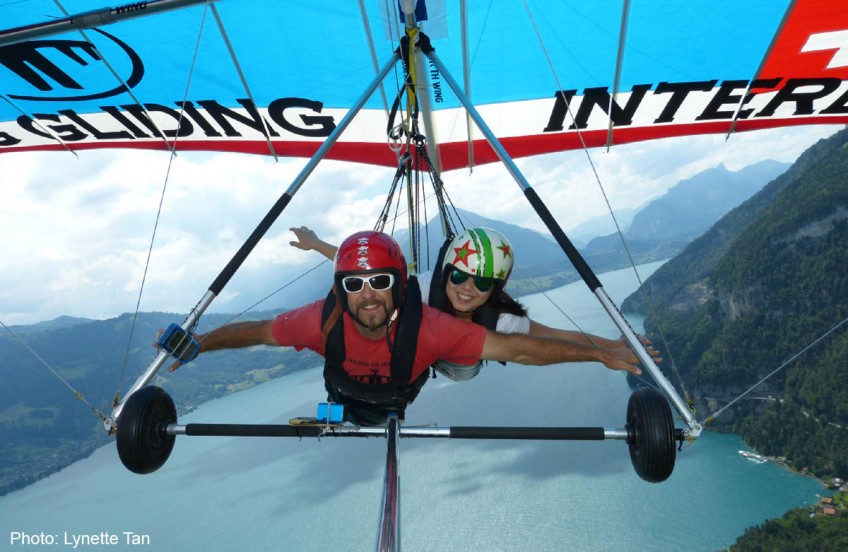 Warning: If you have always wanted to travel the world, but are stuck inside your office reading this, then this article may make you deeply envious.

The travel bug has bitten young Singaporeans like never before. But instead of dashing into five-star hotels and snapping pictures of popular landmarks, some of them are taking extremely long trips, and spending relatively little money.

Take Singaporean couple Reuben Tan, 30 and Joyce Huang, 27. They set out in March from Buenos Aires in Argentina to see the world with a budget of $25,000 each. They have already seen 10 countries, including Bolivia, Peru, Hungary, Italy and Greece.

Speaking to My Paper from Turkey, they said they hoped to see others like China, Nepal and Vietnam before returning to Singapore next year.

Meanwhile, a Singaporean studying in London has managed to pull off a whirlwind tour of 33 cities in Europe on a shoestring budget of £2,500 (S$5,270).

And a local undergraduate has managed to spend 30 days in Japan, spending just $2,300 by staying and working on a farm.

Each of these avid travellers swears that no amount of money can buy the experience of their journeys.

"I think people have spent $25,000 on branded stuff and gotten a lot less," said Ms Huang, who quit her job as a programme manager in Microsoft just before the trip. Mr Tan works as a freelance programmer.

They experienced the kindness of strangers who walked them to bus stops or invited them to birthday parties. They saved by buying their round-the-world tickets for $8,800 each in advance, staying at hostels and cooking for themselves. They also developed a far deeper understanding of each other.

"I think people expect this to be some kind of 'find your meaning in life' kind of trip. But actually, even if you are in Singapore, you can find your meaning... What this trip does is give you a different perspective of how other people live and how you can incorporate that into your own life in future," said Ms Huang.

While for this couple, the journey was all about enjoying a slower pace of life, for Lynette Tan, 21, a graduate from Middlesex University, it was the opposite.

She worked as a waitress for a month to gather funds. Then she used her perks as a full-time student to snag an InterRail pass, which took her to 10 countries for just £366 (S$758).

Using home-rental platform Airbnb, she and her two travel buddies pulled off some big savings - like booking an entire apartment in Budapest for $20 a day.

They snacked on meatloaf buns that cost just 2 euros (S$3.30) in Austria and tried cheap but authentic local cuisine elsewhere.

Nanyang Techonological University undergraduate Eileen Neo spent less than half of that - just $2,300 - for 30 days in Japan.

She signed up with World Wide Opportunities on Organic Farms to weed, harvest and feed chickens at a farm in Japan for two weeks.

She battled allergies by wearing gloves. "If I didn't stay at the farm, my expenses would have doubled," she said.

Most of her expenses were incurred during the remaining two weeks of the trip.

"I always wanted to experience farming and different cultures... to get out of my comfort zone," she said.