Indonesia's Island of the Gods has been attracting tourists to its verdant volcanic mountains, terraced rice paddies and surf-ready beaches since a Dutch tourism bureau in Batavia (present-day Jakarta) began promoting Bali in 1914. Australian holidaymakers in their droves became enamoured by its charms in the 1970s.

Although Antipodean adventurers have been outnumbered by their Chinese counterparts in recent years - the island welcomed 1.4 million from the Middle Kingdom against 1.2 million from the Land Down Under in 2018, according to figures from the Bali Government Tourism Office - and both nationalities have their detractors, Destinations Known is electing another group for consideration as the worst type of traveller found on the island: the Instagram crowd.

Quick to cotton on to Bali's photogenic qualities, as well as the deep-seated desire of narcissistic nomads to broadcast their explorations, tour operators have started to offer outings tailored towards getting the "perfect picture" at as many of the island's hotspots as it's possible to document in a day. At online booking platform The Bali Bible, a tour for two costs just A$139 (S$134) and promises "a great way to see Bali with a private driver, away from the crowds on public tours". Over the course of 10 hours, budding influencers will visit five of the island's "most iconic locations" - the Gates of Heaven, the royal water palace, a "secret waterfall", Ubud's rice fields and an "infamous Jungle Swing" - and are teased with the possibility of becoming Insta-famous, should The Bali Bible re-tag images on the company's account, which has more than 925,000 followers. It is the platform's bestselling package.

Online tour booking agency Viator, which happens to be owned by TripAdvisor, undercuts the competition with its nine-hour Bali Instagram Tour, which also calls at the Gates of Heaven, a jungle swing and a waterfall, all for just HK$322 (S$55). Another online operator, ForeverVacation Bali, sells something similar for US$79 (S$107), and over at Bali Private Tours it's HK$578 … you get the picture (pun intended). 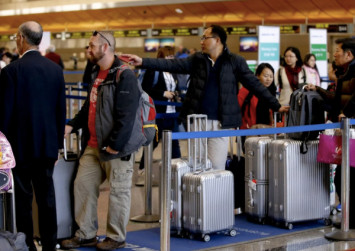 What none of these tours seem to offer, however, is originality. Each follows an almost identical route and affords little time at each destination to soak up the surroundings. Google Maps suggests that as much as eight hours and 40 minutes of The Bali Bible's 10-hour trip could be spent on the road, leaving just 80 minutes of snapping time to be spent across the five scenic spots. Destinations Known has witnessed amateur Instagrammers spend that long perfecting just a single image!

But hang on, don't these cookie-cutter, whistle-stop tours sound familiar? Aren't Chinese tourists derided for their predilection for sightseeing circuits? Admittedly, package holidaymakers might travel in larger groups, but Instagram tourists seem driven by the same desire to tick off a destination's "must-see" (or "must-Insta") locations by exerting as little effort as possible and with everything paid for upfront. The main difference might just be a sense of superiority among the social-media set, for whom holidays are more about showing off - a 2018 survey conducted by currency exchange platform WeSwap found that 31 per cent of millennials polled said that posting pictures online was as important as the travelling itself while 29 per cent would not visit a destination if they were not able to post online while they were there.

Photography and travel are by no means unacquainted bedfellows, but the rise of social-media platforms have made them almost inseparable.

The Bali Bible promises its Instagram tour will make "memories that will last you a lifetime"; recent research contests that. In a paper published in the Journal of Experimental Social Psychology, Diana Tamir, an assistant professor at Princeton University, in the United States, found that less precise memories of events are formed after being documented and shared.

If you want to cherish your next trip to Bali, or anywhere else for that matter, perhaps it is best to forgo the Instagram tour.