The good, bad and ugly sides to Airbnb

Dresden, in Germany, is just one of the 81,000 cities covered by Airbnb.

Airbnb has done rather well for itself since an Indian design researcher named Amol Surve booked an inflatable mattress on a San Francisco living room floor in 2007, thus becoming the start-up's first guest. Today, the online accommodation platform has more than five million listings in 81,000 cities, and on any given night, two million people stay in Airbnb rentals around the world. On New Year's Eve alone, 2,574 guests stayed in castles, 1,031 in tree houses and 121 in windmills.

At least 78,000 fans booked Airbnb digs during the 2016 Rio Olympics in Brazil, and two years later, seven out of 10 foreign visitors made use of the room-sharing service at the Pyeongchang Winter Olympics in South Korea.

Building dozens of hotels for one-off sports events, trade conven­tions or concerts is clearly impractical, and so in cities with limited hotel capacity, or where accommodation is only required for short periods, Airbnb's flexible supply system is a godsend.

Beyonce would no doubt agree. When the American singer performed at the 2016 Super Bowl half-time show in Santa Clara, California, she stayed at a five-bedroom Airbnb listing that cost US$10,000 (S$13,548) a night. Lady Gaga, Mariah Carey, Justin Bieber, Gwyneth Paltrow and Rihanna are also paid-up members of Airbnb's sharing society, but the San Francisco-based company is more than a series of statistics and celebrity influencers. "Host-guest interaction" and "experiencing destinations like a local" rank high among the reasons for booking with Airbnb. Another plus point in these days of overtourism is that the majority of listings are outside traditional sight­seeing districts, which means guests spend money with cafes, restaurants and other businesses in areas that don't normally benefit from tourism. Then there's the issue of affordability. Luxurious listings aside, room rates are usually lower than at hotels, and it is relatively easy to find inexpensive lodgings that cater to large groups. (Good luck searching for a reasonably priced hotel suite that will accommodate a family of eight.) 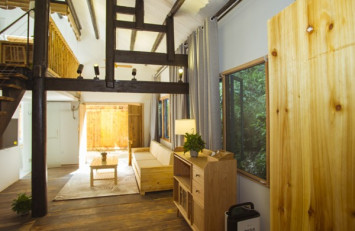 Newspapers and websites frequently publish click-friendly "Amazing Airbnb Rental" articles featuring profes­sionally photographed houseboats and windmills, yurts and lighthouses. Instagrammable they may be, but it's the hosts we remember long after the trip is over. The majority are thoughtful and highly proficient - and that's before you even get to the property. Inquiry responses will be lightning fast, friendly and helpful. They realise you are likely to be tired and disoriented, might not speak the local language and will struggle to navigate a new city. They will offer to pick you up from the railway station or suggest a nearby landmark as a meeting place.

Inevitably, some hosts won't be home when you arrive but they will text you with an entry keypad pin number, or tell you where they have hidden a spare door key. They will also send a short welcome message, which can be enough to reduce exhausted travellers to tears: "Let yourself in and make some coffee. There's milk in the fridge, biscuits in the cupboard and the Wi-fi details are on the kitchen table. I'll be home within an hour."

Many of these hospitality industry heroes are designated as "superhosts". These are people who invariably receive excellent feedback, mainly because they care more about their guests' experience than the income from a spare room. Women over 60 are currently rated the best Airbnb hosts and 59 per cent of all superhosts are female.

Lurid headlines of house trashings and even the murder of a guest who couldn't pay his bill help sell newspapers but are the exception rather than the rule. The biggest disappointment most travellers experience is when a property doesn't live up to the listing. Perhaps the photographs were misleading, or a description turned out to be false or exaggerated.

Welcoming strangers does not come naturally to everyone. If they were running a hotel (rather than operating their house as a hotel), many hosts would close down within a year. Often it boils down to an inability to put themselves in their guests' shoes. Your host has no problem finding her front door so why are you having so much difficulty? Expect a convoluted chain of instructions if you phone for help: "It's very straightforward. Just turn left at King Street and you'll see a pub. I can't remember its name and it may have closed down but anyway, ask the flower seller on the corner where Jeannie lives. Everyone knows me." (You can bet they don't.)

Alternatively, you might be told to take a taxi from the airport. Your host never uses public transport and has no idea how you get to her house by bus, but "a cab will only be about US$70". Since the room costs US$25 a night, it is unlikely that you, a student, let's say, are going to spend almost three nights' rent on a taxi.

Eventually you track the place down but there's no way of getting in until your host arrives, which means you end up killing hours in a local cafe or park. That keypad door-entry system would make life so much easier - even a key under a rock in the garden would do the trick. After an eternity, your host appears and invites you inside. Greetings are exchanged in a living room that smells faintly of urine and you are shown into a bedroom where a cat is asleep on the pillow (one of the biggest complaints from guests is pets that weren't disclosed in the listing.)

Which brings us to the review. Even if Jeannie decides to turn off her phone and go hiking at the time you are due to arrive, or lives down a remote track that's impossible to find and practises her violin each night at 3am, you are almost duty-bound to write an upbeat appraisal. (I've taken to writing ambiguous reviews in the hope that potential guests are able to read between the lines: "Jeannie went out of her way to ensure that my stay with her will never be forgotten.")

And why are we guests so positive with our comments when we really want to say the bathroom was filthy and the decor horrendously dated? Because once they have received your feedback, the host will be writing a review about you, that's why.